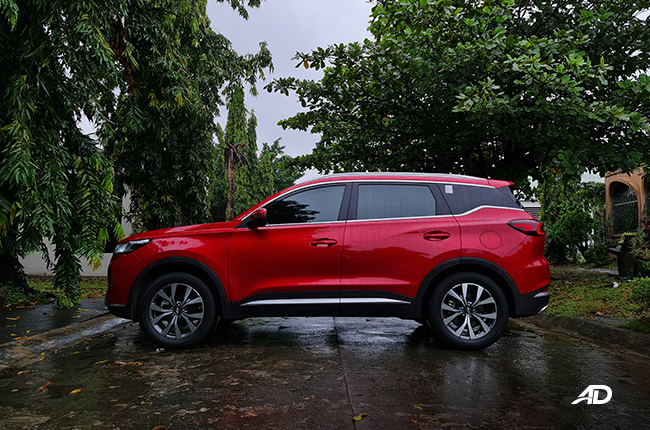 Chery Auto Philippines has a compact crossover called the Tiggo 7 Pro. It serves as the brand’s ‘7-series’ crossover slotting just under the Tiggo 8. While it still gets a familiar engine, the all-new model now gets a new transmission along with a more desirable exterior and interior.

Last December 2020, the brand gave us an opportunity to experience the Tiggo 7 Pro ahead of its local debut. From that, we did love several aspects of it as we were able to take it around the city and test some of its features. With that said, here are the 5 things we like about the Chery Tiggo 7 Pro.

It looks better than before Admittedly, the Chery Tiggo 7 Pro is a stunner and a bit of a head-turner. Notably, this second-generation model took quite a departure from its predecessor. It gets some quirky design appointments like the intricately molded grille which, in our opinion, is the most attractive highlight of the exterior. You’ll also notice the all-LED affair upfront, mainly from the headlights and Daytime Running Lights (DRLs) which are so bright they could be mistaken for fog lights. From the front, the black cladding then extends to the side. Body lines are well-planted, plus, chrome accents were generously applied, from the windows to the bottom portion of the door. Like most vehicles nowadays, the Tiggo 7 Pro also features a floating roofline which gives it an extra element of style. Lastly, the compact crossover gets a set of 18-inch alloys wrapped in 225/60 tires which round out the look of Chery’s contender. While it does look distinct both on the front and side, the rear could be mistaken for a Tiggo 8 because of its LED tail lights. Despite that, it’s got some more unique elements which include the rear bumper and its badging. Overall, the Tiggo 7 Pro surpassed its predecessor in terms of exterior design. Despite this model retailing at only P1,198,000, Chery didn’t just give it a plain-Jane interior. Fit and finish was good, with the Tiggo 7 Pro's cabin having a fair share of soft-touch materials, the synthetic leather seats feel nice, plus the buttons are good to the touch.

The dashboard layout does seem familiar given that it's reminiscent of the one found on the larger Tiggo 8. Since the one showcased in the photos is a prototype unit, its final production model features an all-black interior layout accentuated with red stitching.

Its slew of high-tech and convenience features At such an affordable price, the Chery Tiggo 7 Pro gives you quite a lot. For starters, the sole CVT variant gets the aforementioned synthetic leather seats that have a hint of plushness and a large panoramic sunroof that lets in a lot of natural light. It also comes with a dual-zone automatic climate control and power-adjustable seats for both the driver and front passenger. For in-car entertainment, the Tiggo 7 Pro comes with a 10.25-inch touchscreen paired with a 6-speaker audio system. It does not come with Android Auto, although it does feature Apple CarPlay and MirrorLink. Other convenience features include a push-start button along with smart keyless entry, a wireless charging pad for your smart device, a digital gauge cluster, a power tailgate, and many more. That’s quite a long list of features for a vehicle that sits under the P1,200,000 price range.

It’s a smooth and comfortable vehicle This compact crossover is motivated by a 1.5-liter turbocharged 4-cylinder gasoline engine paired with a Continuously Variable Transmission (CVT) with up to 9 simulated gears.. Figures are rated at 145 hp and 210 Nm of torque, it’s not speedy, rather this combination delivers that smooth performance which makes the Tiggo 7 Pro a comfortable vehicle to drive. This is then accompanied by a light steering along with a soft-tuned suspension which absorbs bumps, pothole, and other uneven roads nicely.

It comes with a range of after-sale programs In order to achieve that worry-free ownership experience, Chery Auto Philippines has provided the Tiggo 7 Pro with a range of after-sales programs including a 5-year or 150,000 km General Vehicle Warranty, a 10-year or 1,000,000 km Engine Train Warranty, a 3-year FREE Preventive Maintenance Package, and a 3-year FREE Roadside Assistance.