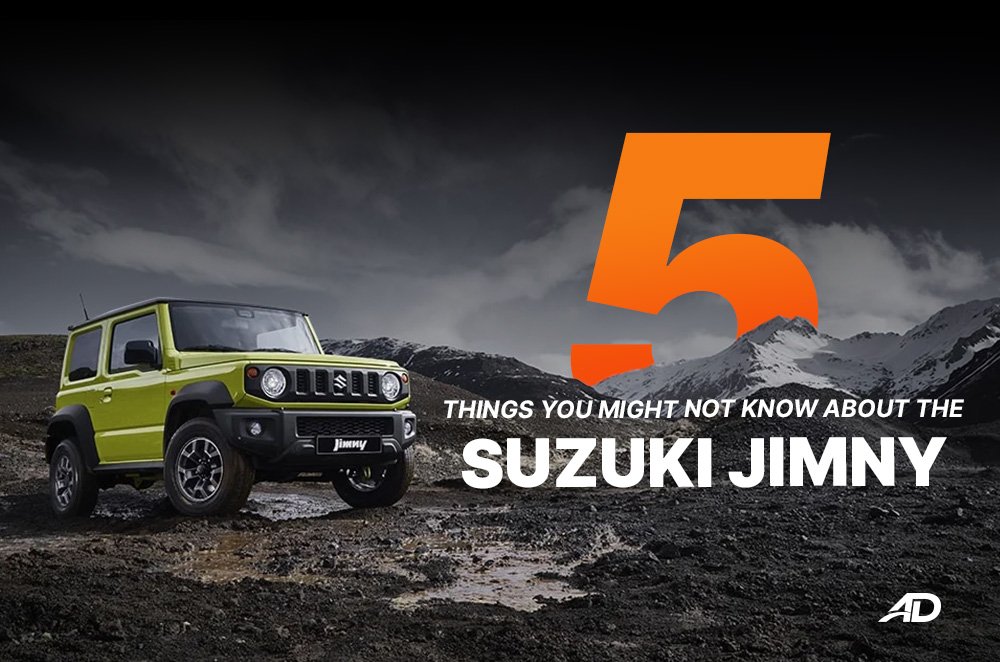 The Suzuki Jimny is quite a peculiar and quirky car. It’s not every day that you see a little tike of an automobile barrelling down a dirt road or climbing hills and mountains with its tiny little 1.5-liter engine.

Also available in bright colors, the little SUV just demands your attention, but what about its lesser-known facts? Here are 5 pieces of trivia that you might not have known about with the Suzuki Jimny. 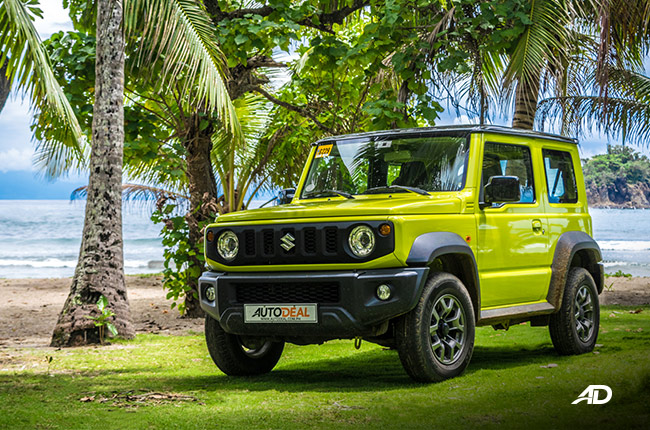 If you’ve been to Japan or seen pictures of small Japanese cars with yellow plates, those are known as Kei cars. If the vehicle falls under 3,400mm in length, 1,480mm in width, and 2,000mm, it can be classified as a Kei car provided that it has a maximum engine displacement of 660ccs and a maximum power output of 63 hp.

The Suzuki Jimny available in the Philippines is actually larger than the one found in Japan to meet regulations. The Kei version of the Jimny comes in at just 3,395mm long, 1,475mm wide, and 1,725mm tall. To achieve this, Suzuki took out the spare wheel, the fender flares of the global model, and slimmed down the front and rear bumpers to meet regulations. On top of this, the Kei version has a 658cc inline-three-cylinder engine with a turbocharger with—you guessed it— 63 hp.

Aside from the obvious advantage of being easy to maneuver and fuel-efficient, Kei cars get tax incentives for bing a Kei model. The practicality and the incentives were enough for Keis to become a hit in Japan. However, a few millimeters don’t mean that it becomes unwieldy in the Philippines. If anything, it’s the perfect size for the daily drive.

It used to have a Mitsubishi engine Mind you, all Suzuki-badged Jimnys had Suzuki motors inside them. However, the predecessor to the renowned model had a Mitsubishi motor inside. Hope is an old Japanese brand that had the ON360. Suzuki bought the company in 1968, a year after the brand launched the HopeStar ON360.

Following this development, Suzuki replaced the Mitsubishi engine in the ON360 with a Suzuki motor. If you look at the first generation LJ10 from the company, it looks like the Jimny was always bug-eyed. Off-road enthusiasts that run Jimnys as their main or secondary rigs swear by the nimble little SUV. While larger rigs will be more stable over a rough patch of road, the Jimny is small enough to crawl through even the tightest of two-track trails.

Also, don’t discount the Jimny just because it has a 1.5-liter gasoline engine. With only 100 hp, it’s easy to say that you’re better off with a diesel engine with more torque, but let’s not forget that the engine gets plenty of help from this magical thing called gearing. The Jimny’s gearbox may only have four gears, but its ALLGRIP PRO system amplifies all the power and torque coming from the small gasoline engine. The low-range transfer gear along with the compact wheelbase make the Jimny worthy of its nickname, the Mountain Goat.

The Mountain Goat vs a Moose

The Jimny itself is a small but rather tall SUV. That gives it the impression that it is going to tip over any time. Otherwise known as the Samurai in the United States back in the 1980s, the little SUV went under the scrutiny of Consumer Reports in rollover tests. The Samurai, as it was once known, had its reputation marred quite a bit in the States following this.

To this day, the Jimny still retains its small and tall stance, making it not quite ideal for high-speed swerves as conducted in moose tests. It’s not going to tip over. Don’t worry. You’d have to swerve pretty hard at highway speeds to induce lean that’s enough to lift a wheel. Still though, against the moose test, the Jimny isn’t an ideal car to have, but it does make up for it in so many other areas. 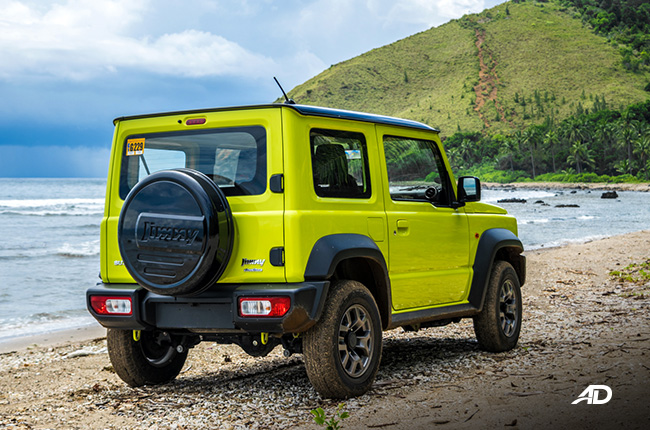 Of course, the Suzuki Jimny for a time was made in Japan and solely made in Japan. The pre-2021 model year of the little SUV was exclusively Japan-made, hence the rather expensive price tag and unit shortages following its launch in 2018. The factory simply couldn’t keep up with the demand for the Jimny. Dealers had to put out a waiting list for the Jimny so interested customers could at least commit to a model. However, even then the Jimny was simply too popular for its own good.

In January of 2021, Maruti Suzuki joined in on the Jimny party. The Indian plant in Gurgaon is currently tasked with manufacturing Suzuki Jimnys for export markets like in Africa, the Middle East, and more recently the Philippines.