Congratulations – you’re ready to buy yourself a sports car and you’re probably eyeing the Honda Civic Type R because otherwise, you won’t be reading this article. Although, the Civic Type R is technically not a sports car, at least according to the Manila Sports Car Club, but it has the looks and performance to rival legit sports cars out there.

However, reality will remind you that you are already starting a small family with a kid or two in tow. The next thing you would want is a high-performance car to ferry your kids to and from school, while also going on a side trip to the mall for some grocery errands. Your significant other won’t buy your “It’s just a limited edition Honda Civic” excuse anymore, as well, because he or she can just use Google to know that you’re lying.

Don't worry, I feel your remorse. But just in case you’d still want to push it, here’s a list of alibis you can use if you’re considering to buy a Honda Civic Type R for your family. Success isn’t guaranteed, though.

It has four doors. Just like a regular Honda Civic, the Civic Type R has four doors (discounting the hatch). That means ingress and egress to the rear seats are easy – just like what you’ll do in a normal mass market vehicle.

It has a lot of space. 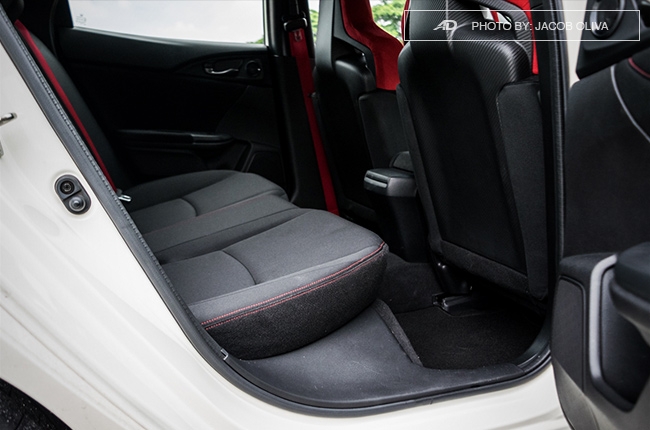 The rear seats can only accommodate two people, which means there’s ample wiggle room at the back for a more comfortable ride. Although, you need to keep the number of your kids at two. As a hatchback, the Civic Type R has plenty of cargo space to accommodate a standard-sized stroller and probably a month-worth of groceries. Even better, the rear backrests fold flat to the floor to fit bigger cargo, like a small washing machine, maybe?

It has Comfort mode. The high-performance car understandably defaults to Sports mode when you turn the ignition on, but it actually has Comfort mode with a switch found near the gear-shift stick. This mode will dampen the suspensions a bit and ease up on power delivery.

It has ISOFIX child seat tethers. 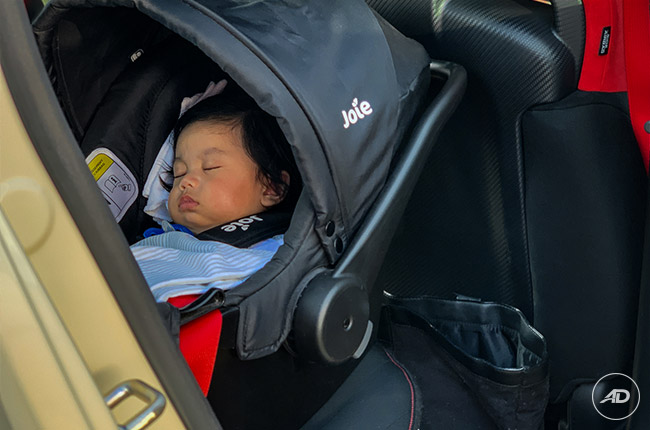 Yes – the Civic Type R might be a beast on the road and track, but it has a soft spot for cute babies. So much so, that my little one (photo above) slept soundly on his child seat during a two-hour trip to Bulacan.

It has a lot of safety features. Aside from ISOFIX child seat anchors, the forbidden fruit is packed with other safety features. It has dual front, side, and side curtain airbags, while Vehicle Stability Assist (VSA), Hill Start Assist (HSA), ABS with EBD, and seatbelt reminders come standard as well. With its loud styling, the Civic Type R is ironically quiet. And that’s a good thing – for your S.O. and the kids. Your neighbors would also thank you for that, especially in the morning. 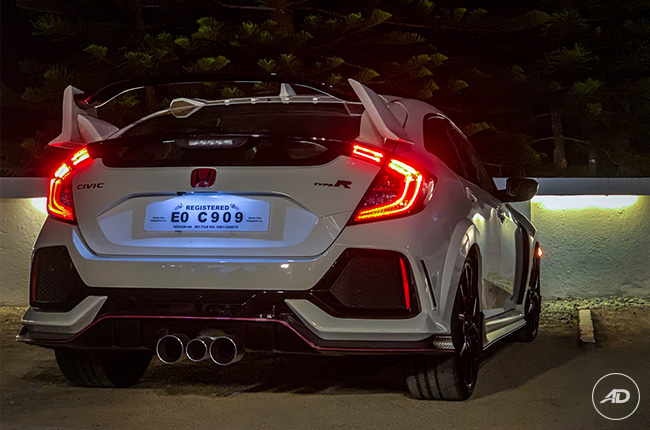 If all else fails, it’s always easier to ask for forgiveness than permission. I’m just kidding, of course.