In general, buying an SUV gives you that generic ruggedness and all-weather capability to tackle any obstacle ahead, given its sturdy body structure and extra ground clearance. With the segment flooded by several options, the Ford Everest is known by many for being the value-packed option in its class with its competitive approach in terms of features, practicality, and capability – all condensed in one package.

Recently, the Blue Oval midsize SUV has gone through its mid-cycle refresh and is now available in the Philippine Market, exhibiting a fresher look along with a new heart. Of course, now is the perfect time to do a face-off. Is the facelifted Everest better than before? What are the key differences? Is it a worthy successor to its predecessor? Its numerical dimensions and boxy shape were maintained given that this is only a facelifted version, which means you still get that basic yet macho looks as exhibited by its predecessor. However, there are also some key changes which are quite evident upon examining the entire vehicle. As part of the facelift package, you do get a new grille which has the same hexagonal shape as before but now sports a new pattern. If you also have a keen eye to detail, you’d notice that Ford has reinforced its front bumper with a different silver garnish material. 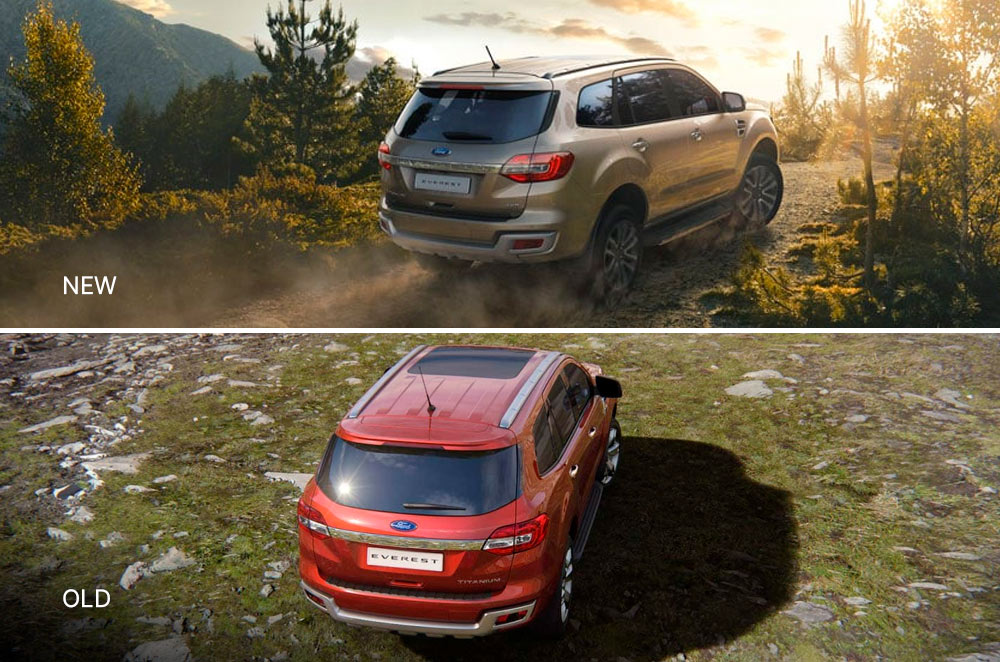 As for the rear, almost everything was carried over from its predecessor. Like the front, its rear bumper also gets a silver garnish material. Notably, this facelifted version of the Everest also gets the brand’s foot-activated liftgate which is standard on both Titanium variants, unlike before where you only get a regular power liftgate. 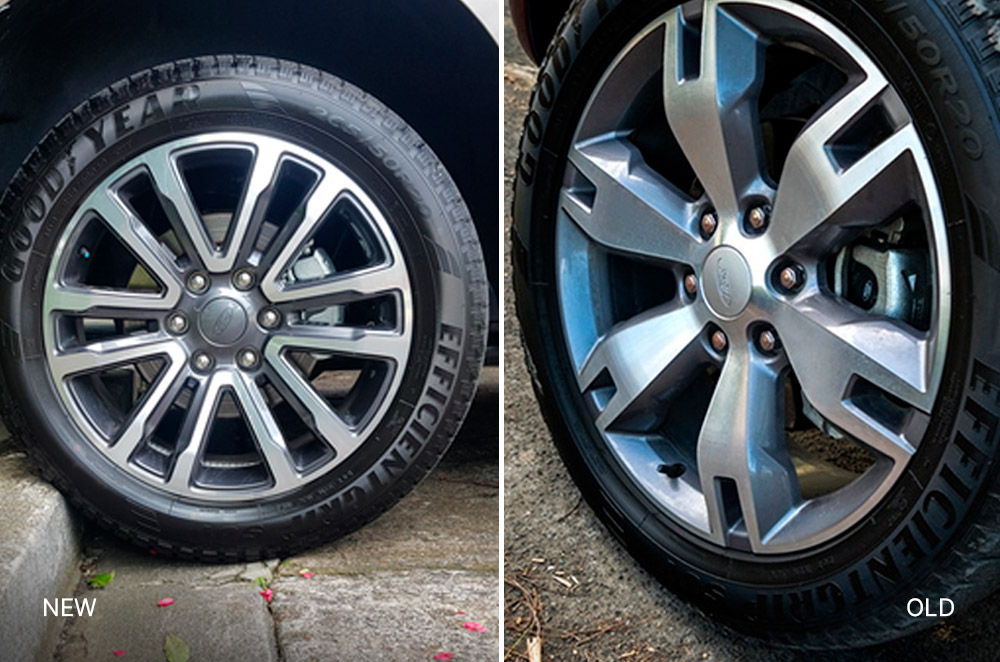 Back then, many would drool over the 20-inch rims of the pre-facelift Everest Titanium, since it does complement the muscular vibes of the vehicle quite well. Now, as part of the makeover, Ford replaced its wheels with a new design that exhibits classy-ness rather than macho-ness. Overall wheel dimensions from the previous model were carried over, numerically translated at 265/50 R20. 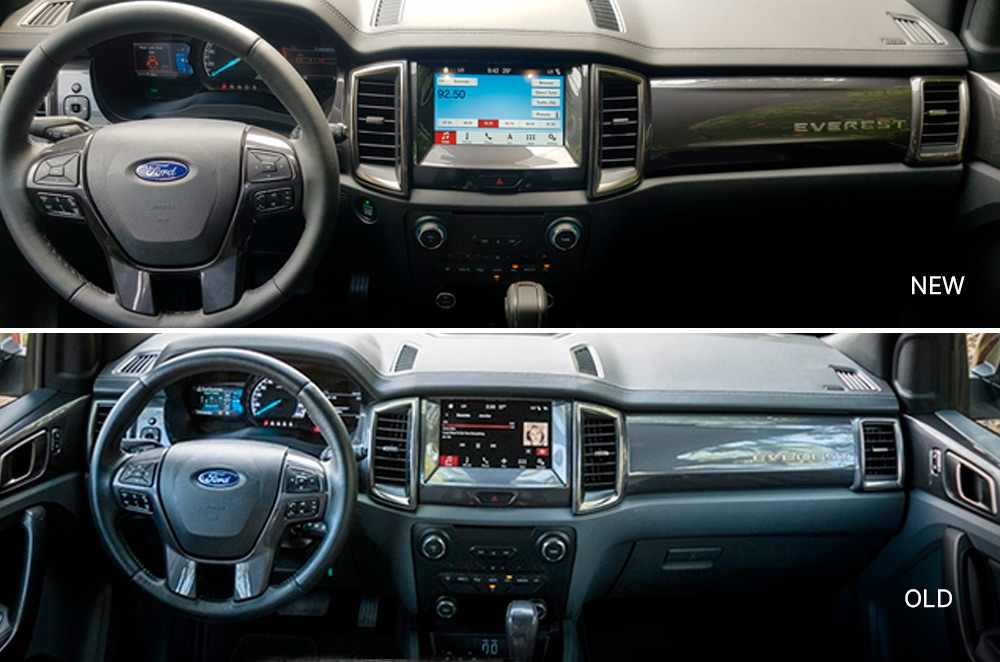 Stepping inside welcomes you a familiar environment, you’d even be left wondering if you're really inside an updated model, but that shouldn’t be a bad thing given that the Everest’s cabin does deliver in terms of passenger and driver comfort at its finest. You still get the same toys as before, the SYNC3 infotainment system is still there, giving limitless connectivity through its voice command feature. You also still get Apple CarPlay and Android Auto and other features such as the panoramic sunroof which is exclusive on the range-topping variant.

Looking back at its predecessor, you’d have to click the unlock button from your remote, enter the vehicle, and start it by the mechanical key. Not much of a hassle though, but at its price point, you’d already expected it to be equipped have a keyless start and smart entry. That’s why Ford blessed this gentle giant with those said features as standard on both Titanium variants of the 2020 Everest. As for the facelifted model, buyers can opt between two new power plants. Quite a familiar engine lineup actually, given that both engines were carried over from the Ranger. Mainly composed of the small yet mighty 2.0-liter single turbo-diesel which produces a healthy 178 hp and 420 Nm of torque, and the heart of the Raptor which is the 2.0-liter Biturbo diesel producing a healthier 210 hp and 500 Nm of torque.

Both engine choices seem to justify better numbers than previous engine choices. Now, both engines can only be had with one transmission, and that is the new 10-speed automatic transmission, which is the same one found on the Ranger Raptor and other Ranger Wildtrak variants.

Truly, the Everest managed to retain its benchmark in terms of value and practicality. It’s still that sturdy steed ready to take you and your family through greater adventures ahead. The new 2020 Ford Everest comes in at P1,995,000 for the 2.0-liter Titanium 4X2 AT and P2,299,000 for the range topping 2.0-liter Biturbo Titanium 4X4 AT.