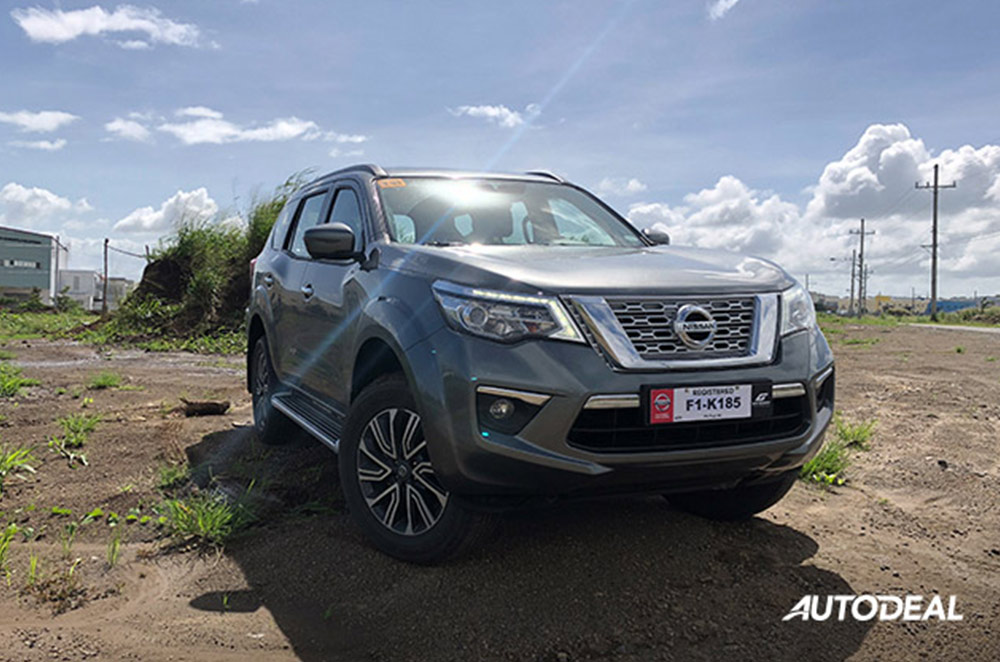 The Nissan Terra is the brand’s entry to the ever-popular body-on-frame midsize SUV segment. A crowded segment which captures the taste and needs of most Filipino car buyers of today, given its family-oriented traits and generic on and off-road capability as shared with its pickup counterparts. Strengthening its pillars for safety, Nissan has reinforced the Terra with a suite of Intelligent Mobility features including the Around View Monitor (AVM) which can now be projected through the 7-inch head unit instead of the previous rearview mirror display – a slightly sore spot in its initial iteration. Of note, all 2020 VL variants of the Nissan Terra sold locally come with the updated AVM, where the 360-degree camera is projected through its new 8-inch head unit. As for those who bought the vehicle before the said update, owners can bring their Terra to any Nissan dealership nationwide and have the AVM projected through the 7-inch touchscreen.

With that in mind, I personally went through the upgrade using our very own Nissan Terra. We bought our Terra last year in November. It was a worthy purchase, given its esteemed points in comfort and safety. The AVM was indeed a great addition to the package though what sort of a let down was the execution of the feature itself, as the 360-degree monitor was projected through the Intelligent Rearview Mirror. Frankly, it’s quite difficult to glance at it while backing up, plus, the display itself was quite small. Given that minor concern, we had the system updated at our preferred dealer. 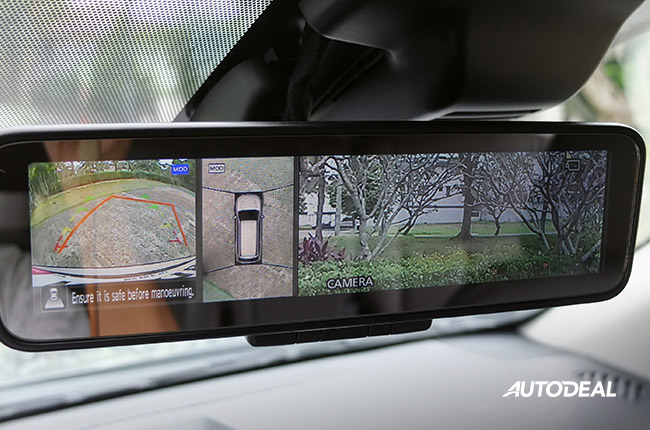 The wiring from the Intelligent Rearview Mirror was extended from the roof lining up to the infotainment system which channels the overall projection of the 360-degree camera to the 7-inch display. Controls of the system are still operated through the rearview mirror.

The camera can be projected through both channels at the same time. Although, you do have the option to deactivate the Smart Rearview Mirror while the 360-degree camera can still be projected through the 7-inch display; unlike before where you have to activate the rearview mirror in order to view the 360-degree clearance of the vehicle while engaged in reverse. Also, do note that the controls are only operational when the electronic rearview mirror is activated.

More user-friendly than ever 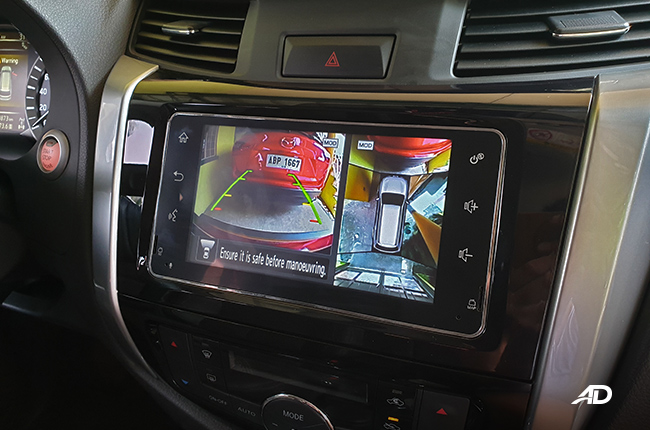 The larger projection and better placement of the monitor do add up some points for better usability. Graphics is fairly good as well, despite the enlarged dimensions of the screen. To sum it all up, the overall experience of the Around View Monitor has been significantly improved thanks to the better execution and integration of the display.

Is it worth the price?

It’s a yes for me. For more or less than P1,600, you get that better Around View Monitor experience which may build up your driving confidence. This equates the Nissan Terra VL with a better packaging approach than before which strengthens its established pillars for safety.

Respective owners may now visit their preferred Nissan dealership for the update of the Around View Monitor. Do take note that the price of the said update may vary depending on which Nissan showroom you go to. It only took us a total of six hours to complete the process, inclusive of our scheduled PMS.