If you are in the market for a comfortable and affordable vehicle that isn’t a crossover, then there are two choices that will likely meet your needs. The first is the sedan, a four-door, a 5-seater vehicle that has become a common sight on Philippine roads. The second is the hatchback, which takes the elements of a sedan and throws in a little bit more flexibility when it comes to the interior. With that said we have created a quick guide to help you understand what the differences are between the two-vehicle body types and what pros and cons come along with them.

For this example, we will be using the Toyota Vios and the Toyota Yaris as points of reference. These two vehicles share the same platform and come similarly equipped to one another. 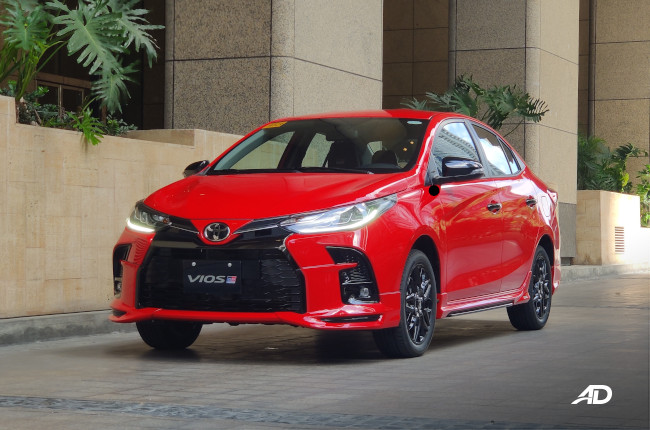 When it comes to sedans, these vehicles typically come with a three-box design. Each “box” represents a compartment in which the cargo, the drivetrain, or the passengers are kept. This means that a sedan has an engine compartment, a truck, and a passenger cabin that all act as their own separate spaces within the vehicle. This lets you keep cargo at the back of the vehicle without it interfering with the interior space of the cabin, thus giving more room to the occupants inside. Having a sedan is ideal for those who want to prioritize their cabin comfort and do not need large a carrying cargo capacity.

Having a trunk makes storing cargo in the vehicle much safer as it doesn’t intrude into the cabin area. It also lets the cargo be hidden from view from would-be thieves and is the protection of metal and a lock.

Safety is another strong point of a sedan as it has more room to accommodate for crumple zones within the vehicle. There is also a lot more metal and space behind the vehicle compared to that of a hatchback, allowing the vehicle more time to absorb or redirect the forces of a crash.

Cargo space becomes limited when taller objects are needed to be loaded in. The trunk mechanism, specifically the hinges, also limits the dimensions of the objects you can load in. While some sedans do have folding rear seats, these are often only for longer objects but not for tall and/or bulky ones. Hatchbacks in the Philippines typically take on the form of a 5-seater, 5-door vehicle; however, in some cases, there are vehicles that do not fit this norm, such as the Hyundai Veloster that comes with only 4-doors but is still a hatchback. A hatchback in comparison to its sedan counterpart only utilizes a two-box design. This means that the vehicle is divided into two parts, the first being the engine compartment and the second being the interior. It allows for better more cargo space to be had with the vehicle but at the sacrifice of interior space. Hatchbacks also allow cargo at the back to be accessed inside the vehicle granting a more versatile setup.

When it comes to hatchbacks rear visibility is typically better than that of its sedan counterpart. The hatch usually being a glass panel, is typically wide and comes with a better window to metal ratio. Hatchbacks also get the advantage of being shorter than their sedan counterparts offering better maneuverability thanks to their much smaller overhangs.

Hatchbacks also come with the added benefit of flexibility when it comes to seating and cargo space. The seats at the rear can easily be folded down allowing for more cargo space to be had. The rear hatch itself also makes loading and unloading cargo much easier as it presents a wider opening compared to that of its sedan counterpart. Thanks to this flexibility in configuration hatchbacks can accommodate longer and winder objects than that of its sedan brethren.

While the sedan gets the benefit of a larger rear crumple zone, the hatch does not. It means that there is less metal to absorb in an event of a rear-end collision for the rear passengers. Initial cargo space without the rear seats folded is also much smaller. It means that when all the seats are being used cargo space is limited.

Security is also something to keep in mind. If the hatchback does not have a cargo cover, people can easily see what is inside your vehicle and may even want to break into your car. Most hatchbacks, however, come standard with a tonneau or cargo covers. 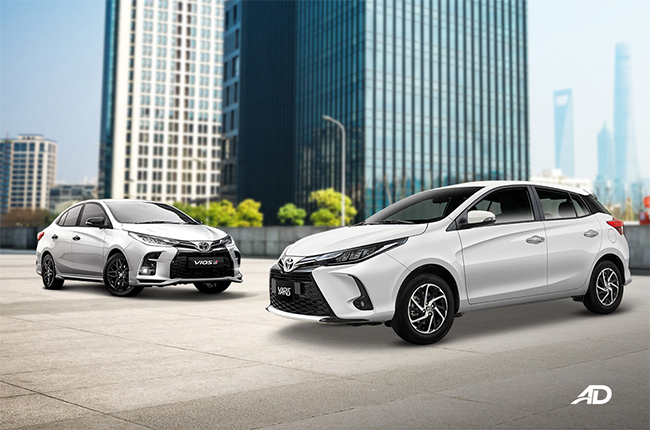 When choosing between the sedan and hatchback body types, you have to keep in mind what you will use the vehicle for. If you are going to be loading relatively tall objects into your vehicle a then a hatchback may be for you. It's ideal for those who want to carry cargo and don't need to utilize all the seats that a vehicle has.

For those who need to carry people and luggage, you can opt for the sedan instead. The sedan body type allows for the use of all seats while at the same time giving you cargo space that doesn't impede into the cabin.

Decide on what kind of flexibility you will need. In terms of flexibility, the hatchback has it over the sedan. The second row can be folded allowing for more space. While a sedan can have its rear seats folded the hole from the second row to the trunk isn't as wide. It can be a limiting factor for larger objects.

One last thing to consider is safety. While certain vehicles share certain active and passive safety features,  the hatchback form of the vehicle you want may have design limitations. The sedan has a bigger crumple zone in the back thanks to its trunk, while the hatchback has less metal between the rear bumper and the passengers in the second row.