The Suzuki XL7 is a fairly new entry into the affordable 7-seater segment in the Philippines. It brings with it high ground clearance, SUV-like looks, and a frugal gasoline engine that pairs well with the overall size of the vehicle. It is currently being marketed as an SUV, however, the vehicle itself is based on the Suzuki Ertiga which is a Multi-Purpose Vehicle (MPV). This begs the question, is the Suzuki XL7 more of an MPV or an SUV? With that said, here are a couple of arguments to help determine what the XL7 really is. 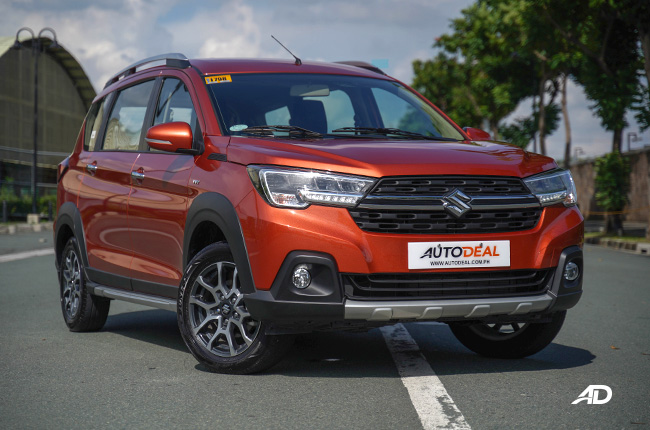 Does it come with flexible seating like an MPV? While having 7-seats is a common trait amongst both SUVs and MPVs, the latter has a more versatile seating arrangement. It is after all in the name, a Multi-Purpose Vehicle. That being said, the Suzuki XL7 delivers well in both regards, it comes with seats that can comfortably seat seven occupants and a fold-flat floor design that allows for more cargo space. So does this make it more of an MPV rather than an SUV? A little bit but not quite yet.

Does it come with the power of an SUV? SUVs in the Philippines typically come with high displacement turbocharged diesel motors under their hoods. MPVs, on the other hand, tend to stick to smaller naturally aspirated gasoline engines. However, there are a few exceptions such as the Maxus G50, Geely Okavango, and Toyota Innova that have broken the stereotype with their turbo-powered motors. That being said, where does the Suzuki XL7 stand?

The Suzuki XL7, yet again, leans more towards the MPV side of things as it comes with a 1.5-liter naturally aspirated engine. It produces 103 hp and 138 Nm of torque which sends power to front wheels via a 4-speed automatic transmission. It doesn’t quite come with the power of a much larger SUV, but it does come with enough under the hood to easily bring the vehicle up to highway speeds.

So what about its chassis? A great way to differentiate an MPV and SUV is to take a quick look at the underpinnings of the vehicle. If it comes with a body on frame chassis then it automatically qualifies as an SUV, however, if it comes with a unibody then it will be able to qualify as an MPV. As the Suzuki XL7 is based on the Suzuki Ertiga which comes with a unibody this indicates that the vehicle is closer to an MPV rather than an SUV. That being said, more signs are pointing to the XL7 being an MPV more than an SUV, but given the way it rides, we’re not complaining.

What about its intended purpose? Strictly speaking, an MPV will have the main purpose of being able to carry more than 5 people in comfort. SUVs, on the other hand, are designed with off-roading in mind and more sturdiness, hence their higher ground clearance readiness to accept 4x4 drivetrains. That being said, the Suzuki XL7 fits in more with the MPV segment as it can easily transport 5 or more people comfortably. While it can’t go off-road yet, it is still a capable people mover.

So what is it? While the Suzuki XL7 comes with a good mix of MPV and SUV-like characteristics, the vehicle is ultimately more of an MPV. The reasoning behind this is that it shares the same chassis as the Suzuki Ertiga. It also does not fit within the normal conventions of an SUV as it comes with a unibody instead of a body on frame chassis. That being said, it does not take anything away from the merits of the vehicle. It’s still a good 7-seater to get, thanks to its features, its SUV-like looks, and its attractive price tag. It’s not necessarily a bad thing too, and perhaps in the near future, we could see an ALLGRIP model pop up to further inch it closer to the stereotype of a true SUV.