There are some cars that perform as expected, and then there are others that defy expectations. The Toyota Wigo is your average small hatchback from Toyota – or is it? It’s a common sight on the streets of Metro Manila. It’s small size and engine make it a great choice for anyone looking for a light city car that can get the job done.

It’s a point A to point B machine that'll get you where you want to go without fault, it’ll allow you to squeeze into tight spots, and it’s essentially a go-kart with a roof. However, there are some little-known facts about it that you may find interesting.

It has many names The Wigo is not actually just a Wigo. In other territories, it is called by other names. In Indonesia under the Toyota badge, it’s referred to as the Ayga, which translates to “fast” in Sanskrit. Meanwhile, there are rebadged versions of the car that name it the Ayla, a Sanskrit word for light. There is also another incarnation of the Wigo in Malaysia, and it called the Axia.

It’s not a Toyota 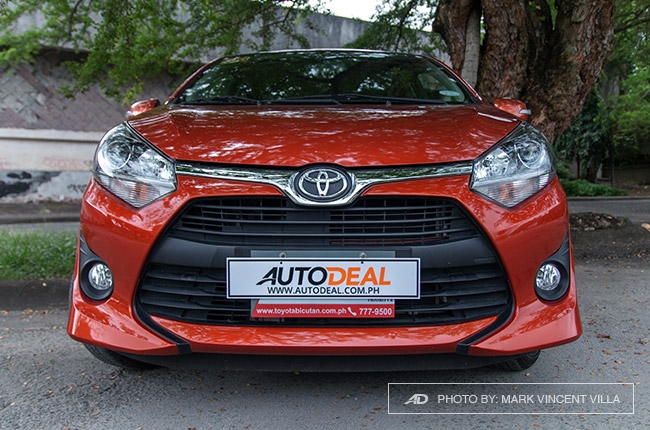 It’s actually a Daihatsu. Ever since the brand became a wholly-owned subsidiary of Toyota, the company has given its portfolio to its fellow Japanese brand to do whatever it can for mutual benefit. Several models have already found their way onto Philippine shoes, plying the roads of the nation. Under the Daihatsu brand, the small hatchback is referred to as the Ayla. Only in the Philippines, Brunei, Sri Lanka, and Vietnam is the car referred to as the Wigo. It doesn’t stop there, however. You can even find this nameplate under the Perodua brand as the Axia in Malaysia.

A more powerful engine is available Though not in the Philippines, a 1.2-liter naturally aspirated motor is available in select countries, particularly in Indonesia and Vietnam. The extra bump in displacement adds an extra piston. Instead of the inline-3 cylinder motor that we’re used to in the Philippines, an inline-4 that makes around 87 hp and 104 Nm of torque can be had. The larger engine produces more power over the 1.0-liter mill that is capable of 66 hp and 89 Nm of torque only. There is a big difference in power and torque with these motors. You get 21 more horses and 15 more Newton meters, though it is a shame the motor never made it here.

There is an even more powerful turbo concept Though not a production car – meaning that it’s only a one-off, the base of this car is indeed an Ayla with a 1.2-liter motor. Now a shadow of its former self, it features a more powerful engine that features 197 hp and 242 Nm of torque. This performance increase supposedly nets a 0-100 km/h time of 10.3 seconds, instead of the stock 1.2-liter’s 12.6 seconds.

However, just because it is a concept, doesn’t mean that some parts of it went into production. The front bumper made its way to the Ayla’s 2020 refresh for 1.2-liter variants. Though slightly tweaked from the concept, it’s still good to see a part making its way to the model – now how about that Turbo? Please? The Wigo has won several awards during its product lifespan. AutoFocus awarded it a People’s Choice Award in 2018-2019, and early on, it won the Best Micro Car of the Year by the Car Awards Group for 2014–2015.

With a few awards under its belt and its legion of fans in tow, this small hatchback is a prime candidate for many Filipinos looking for a compact car to take around town or even out of it. Even as the other manufacturers have stepped up their game in the segment the Wigo has beaten all odds and still remains one of the better-selling cars in the market, against all odds.