Morris Garages’ (MG) debuted the MG 5 sedan back in September of 2019. Since then, it has become a popular choice for those looking to get a subcompact sedan. It wowed the car-buying public with the number of features that it carried that its Japanese and Korean competitors did not have at the time. With its rivals now getting upgrades and new models, we presume that the MG 5 is still a value-packed sedan.

Related: What makes the MG 5 a real contender in its segment 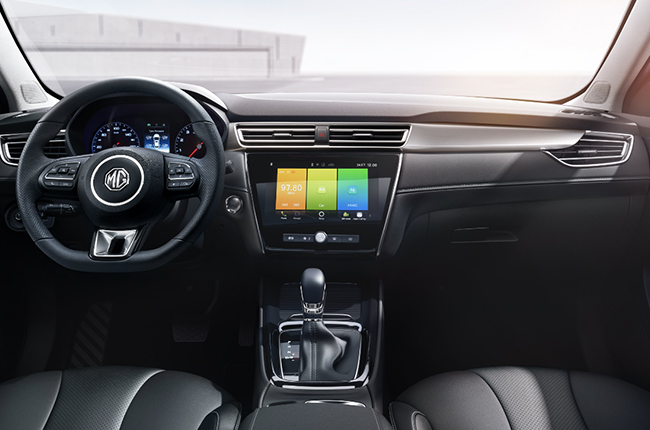 Starting with the interior of the MG 5, you get a stylish dashboard with quality not found in many of its competitors, especially for its sub P1,000,000 price point. While hard plastics are present around the dashboard and door sidings, these are strategically placed in touch-prone areas for durability. Don’t worry as there are soft-touch leather elements also found inside the cabin of the vehicle that are in all the right places.  Aside from this, the MG sedan also features plush leather seats for its Alpha variant and comfortable fabric seats for its lower trim levels.

Related: 5 things that make the MG 5 Alpha a great buy Another feature that helps set the MG 5 apart from its competitors is its large infotainment system. While its rivals typically carry a 7-inch display, the MG sedan takes it a step further by having a 10-inch infotainment system. This gives the driver access to media controls as well as to air conditioning controls when needed. The screen resolution is just right as it gives you a clear view of what’s going on even at a glance. The user interface is also easy and straightforward to use adding to its convenience. Aside from this, it also doubles as a screen for the 360-degree camera that is available on the top-of-the-line Alpha variant. Both Apple Carplay and Android Auto are available with its infotainment system further adding to its convenience and functionality. 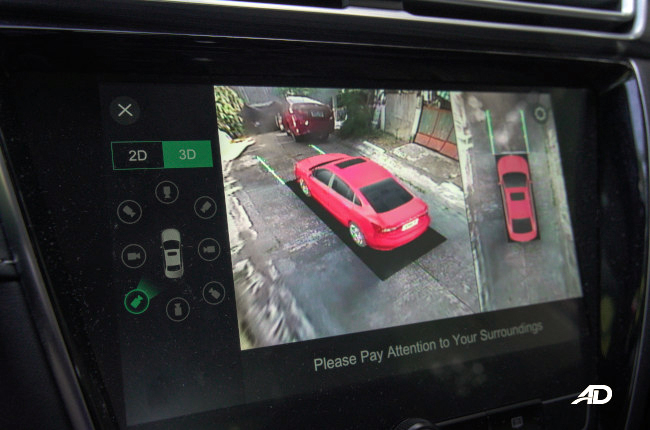 Speaking of its 360-degree camera, this feature gives the driver a better view of what’s around the vehicle which comes in handy when parking. To top it off, the camera system is also paired with sensors that help the driver maximize the space in front of or behind the sedan. As a final feature, the camera’s display software also has a 3D visualization of the vehicle rendered on the infotainment screen which is a neat party trick to have that will help you see your vehicle relative to its surroundings.

Dimensions for a bigger class Compared with its other rivals in its class, the MG 5 comes with larger dimensions. The sedan measures 4,601 mm in length, 1,818 mm in width, and 1,489 mm in height. This puts it nearly into the subcompact sedan category. With that in mind, this gives the vehicle more space on the inside as well creating a spacious interior with plenty of leg space for the rear passengers.

Thanks to its larger dimensions the MG 5 also comes with a great amount of trunk space, in fact, the sedan comes with 512 liters worth of it. It can even be furth expanded as the 2nd row can be folded down to allow you to carry much longer items. The trunk opening is not the widest in its class, however, for its trunk space and for its size the MG 5 is definitely a vehicle worthy of your consideration. Under the hood, the MG 5 is packing a 1.5-liter naturally-aspirated gasoline engine that produces 112 hp and 150 Nm of torque. While it may not be the most powerful engine available in its class, it’s more than enough to bring the sedan to highway speeds fairly quickly. In terms of fuel efficiency, the engine also performs well as it can deliver 7 km/L in the city and 17 km/L on the highway.

Overall the MG 5 is a balanced vehicle that offers you a practical yet value-packed package. You get plenty of interior space thanks to its dimensions, good comfort thanks to its supportive seats, and great tech and safety features with its large infotainment system and a 360-degree camera. With its attractive price range of between P658,888 to P938,888, the MG 5 is definitely a sedan worth considering.