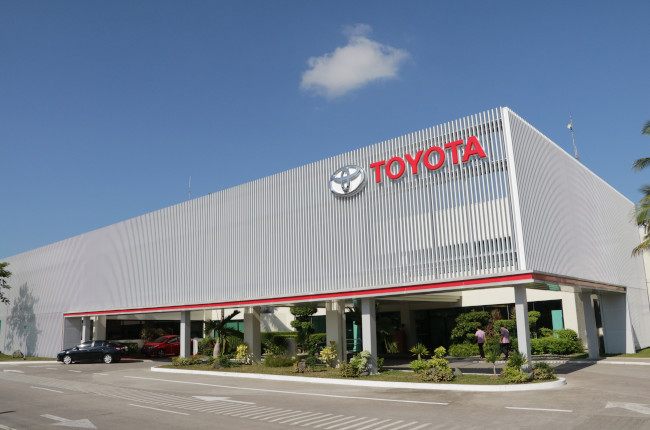 Toyota Motor Philippines (TMP) is known to have a manufacturing facility here in the Philippines. Located in Santa Rosa Laguna, the compound stands as one of the brand’s many achievements here in the country thanks in large part for its manufacturing standards and practices. The factory also uses solar panels that reduce electricity consumption for the facility’s energy-heavy processes. Of note, two best-sellers in the Toyota lineup are manufactured locally.

Taking a tour inside the factory was like getting a front-row seat to a documentary. Assembling a car requires a large area, the company has to also account for the storage of parts, and that takes up a lot of space and equipment in order to move and process components into drivable cars. A single unit passes through six processes of assembly before going to the consumer. 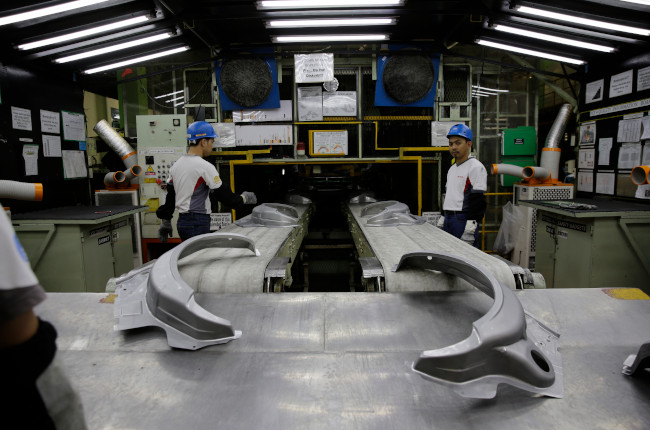 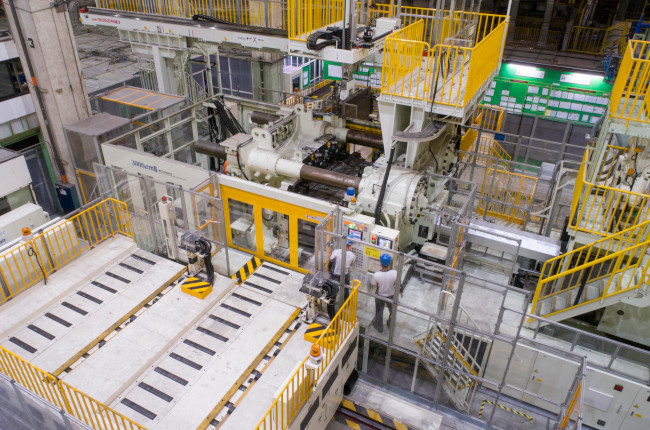 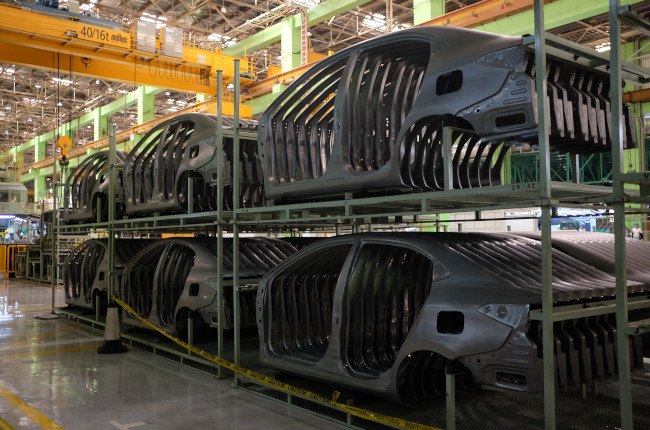 All of the materials are gathered and stored until the assembly line is in need of parts. Items come in through the port and comprise of both local and imported components. In-house parts like the pressed steel and resin items are also stored here. Metal parts are stamped out and creased over to eliminate the rough edges. For the bumpers and interior plastics, Toyota uses heat to soften pellets which then goes through a machine and into a mold. These then travel through the factory floor to the handling area where they’re either stored or sent to the designated areas in the production line. 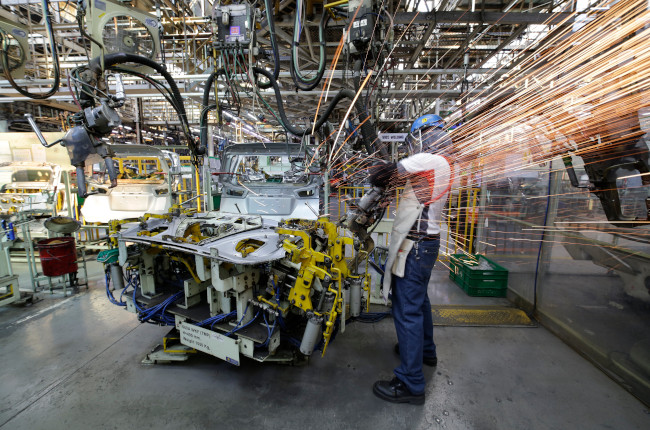 The metal bits are then transported and brought to the welding line. This is where most of the solar energy is used during peak production hours. The sheet metal that was pressed by the metal stamping machines is collected and fused to the body frame, forming the bones that will accommodate the rest of the parts. 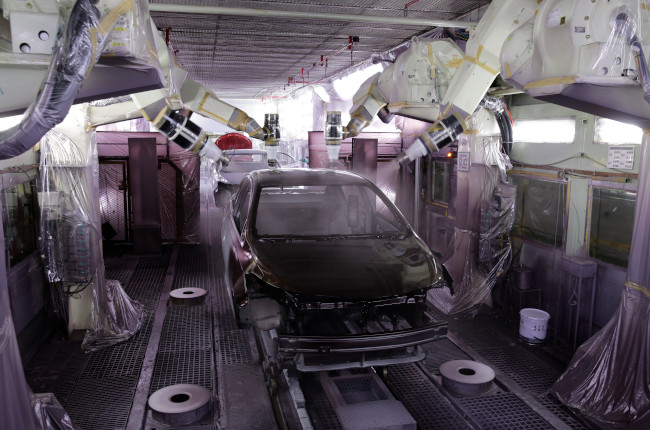 At this point, the chassis is still in its bare-metal color, so a trip to the paint shop will give the bare metal some pop. After the paint has dried, it’s off to the assembly line where all of the parts are installed onto the chassis. Everything from the interior bits to the engine gets installed in this part of the manufacturing process. 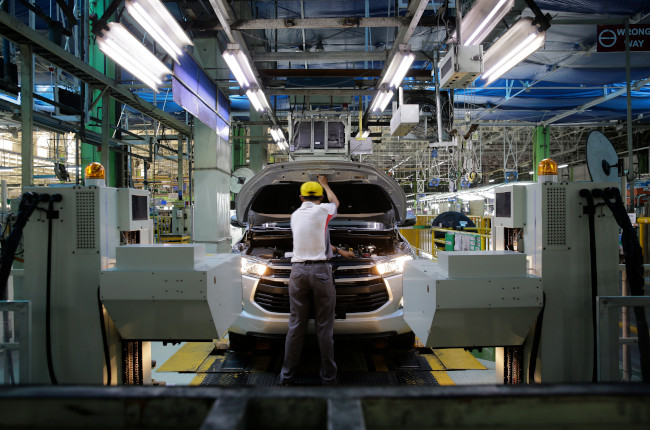 The quality inspection area is next in the line, and after this is concluded, the finished units are sat on the lot waiting for the transport. There are also stockyards for cars to be stored. Lexus vehicles can also be found in this area, ready for their new owners to enjoy.

With 21 Toyota and 18 Lexus models, the Toyota brand offers a vehicle for nearly every price point and need. To meet the demand for its products, TMP continually streamlines and improves its production efficiency.

The Santa Rosa plant has an annual capacity of 55,108 units per year as of 2019. Production capacity is up from last year’s 44,000 units. For 2019, the production plant’s annual goal is pegged at 75% as entering into the fourth quarter of the year. This means that a total of 39,932 units have already been produced for the local market, with 15,176 units left before the goal is realized.

On the note of production efficiency, Toyota touts that its assembly line churns out one unit every four minutes. That’s 217 units every day, with two shifts, 254 days of the year. Two models are currently being assembled locally by TMP: the ever-popular Toyota Vios, and the ever-capable Toyota Innova. Local and imported parts are used in the production of these two vehicles. The old Vios had a total of 292 locally made parts, but Toyota has brought this number up by 64 part numbers, bringing the total to 356. More items are being made in the Toyota plant, and the number shows. The Philippine government is also one of the driving proponents of the increase in localized parts. The CARS program seeks to bring automotive manufacturing prowess back into the Philippines, and Toyota is well above the 50% requirement that the government has set. As of July 2019, a total of 57.71% of the vehicles' bodyshell weight in manufactured in the Philippines, with many plastic components being made in-house in Santa Rosa. A total of 40 plastic components, each with their own unique part number, are locally made. Even the radiator and fan assembly is a Philippine-made product. As it stands, the Vios is composed at least 41% localized parts. 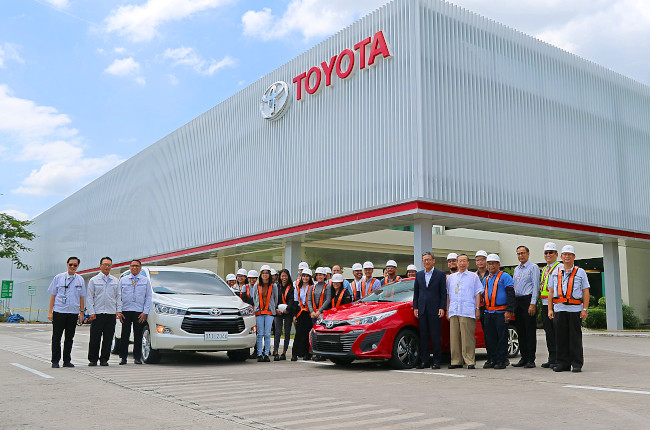 All vehicles manufactured here in the Philippines are strictly for the local market only. There are no plans for export because the factory is occupied with the high demand for the two best-selling models, so much so that all resources cannot accommodate yet another market at the time of this article’s writing.