Geely has made strides in the Philippine market, not only by way of nice cars for affordable prices but by also capturing the trust and confidence of buyers all over the country. Geely vehicles are rather new to the market, but the brand has been able to do well even after just a short time.

Since the brand’s launch in 2019, the company has introduced three models to the market, starting with the Geely Coolray, and culminating with the Okavango, the biggest model in the lineup to date. So with all of these stellar offerings out in the market, which is the best one, and which one deserves your hard-earned money? Let’s give you a quick run-through of what you can expect per vehicle in the Geely lineup. 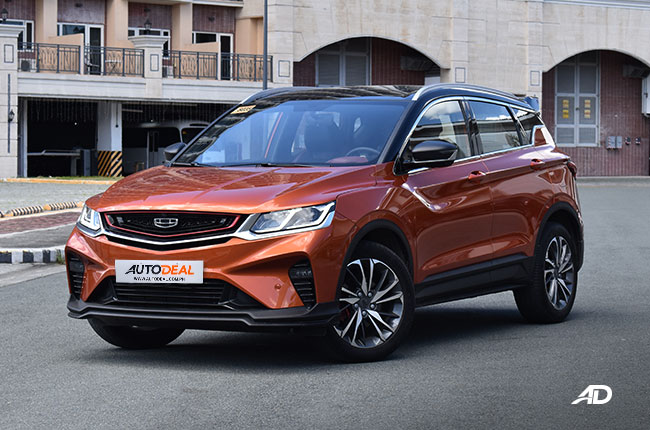 Starting with the model that catapulted the brand to the stratosphere in terms of popularity, the Geely Coolray captured the hearts and wallets of many with its cool looks and its refined interior. On top of that, it is one of the most adored and loved models out in the market with legions of fans giving it top-notch reviews.

As a subcompact crossover, it features more versatility than your standard sedan while maintaining a good level of compactness for city slicking. The rear seats are enough up to five passengers, and if more cargo space is needed, then the rear seats can fold flat to accommodate even more items for your journey. It’s also the most entry-level model in the lineup, starting at just under P1,000,0000. It’s the best-selling model in the lineup as well, and it serves as the baseline in terms of performance for its engine. With 176 hp coming out of its 1.5-liter three-cylinder engine, it makes for a great drive with more than enough power to keep you going and going and going. Meant for a younger crowd, the Coolray evokes a sense of youth. Its rather high horsepower and torque figures make it one of the funner cars to drive in the market. On top of that, it’s available in a wide array of bright colors and it can even come with some sporty body kits. It can make for a great first car or a nice second car. It’s also a great main vehicle for you and your family, but if you have more than one kid and have plans to take your extended family out on a trip, then there are other models that are better for you. 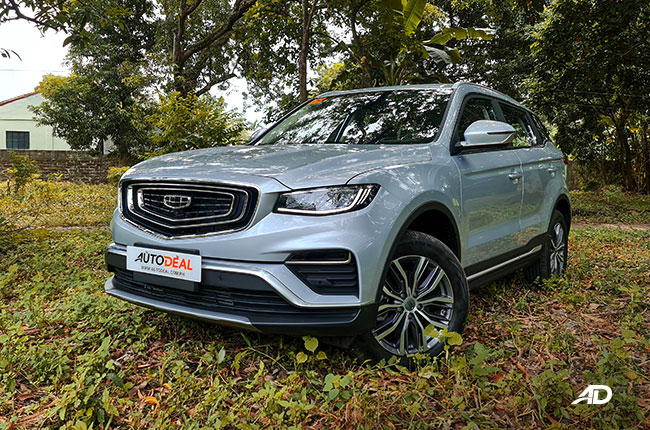 One step above the Coolray in terms of size and features is the Azkarra, though it’s not just size and design that differentiates it from the subcompact crossover. You also get a different powertrain and an even more refined ride. For the top of the line model, Geely charged up the model with a mild hybrid system that allows the vehicle to get off the line smoothly and reduced fuel consumption. Instead of the standard horsepower figures, the Azkarra gets 190 hp and 300 Nm of torque thanks to the assist brought on by the additional electric motor.

That being said, it’s more of an electro-charged Coolray with added features and even more refinement. The crossover can be had with some very luxurious Nappa leather, and it's arguably better-looking compared to the Coolray. That being said, it’s for a more mature audience that values comfort and luxury rather than outright value. As such, it will cost more money in order to get into this vehicle. However, the base model doesn’t get as much in terms of wow-factor, but it does start at around P1,400,000. Still, however, it’s a refined ride even without that extra electric motor. 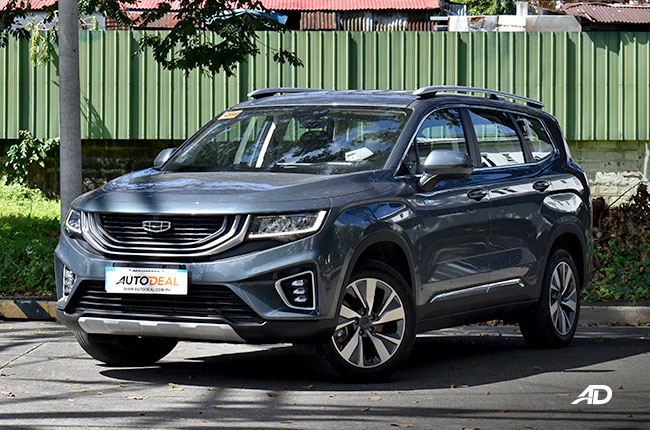 The Okavango seems to be in a weird spot, mainly because it’s just such a great value in comparison to its other peers. While it is marketed as an MPV, the model feels more like a midsize crossover thanks to its seven-occupant seating capacity, in which everyone gets their own individual seats with bolsters. On top of that, it also gets the same mild-hybrid system as found in the Azkarra’s top-of-the-line model, which gives it 190 hp and 300 Nm of torque.

Even with that extra electric motor, it still isn’t as expensive as the Coolray, and it even meets the price of the Azkarra. It serves as the best value for money option in the lineup of Geely today, serving up the most space, ample amounts of comfort, a decent amount of luxury, and a smooth ride. Starting at just around P1,200,000 and topping out just before the P1,500,000 mark, it’s a no-brainer for families that are looking for a car to use on a daily basis. Versatile enough to go through the Metro without the worry of a pothole, and powerful enough to go the distance on the highway with ease. Family men and women who are looking for a multi-purpose vehicle with lots of flair can settle in nicely with the Okavango.