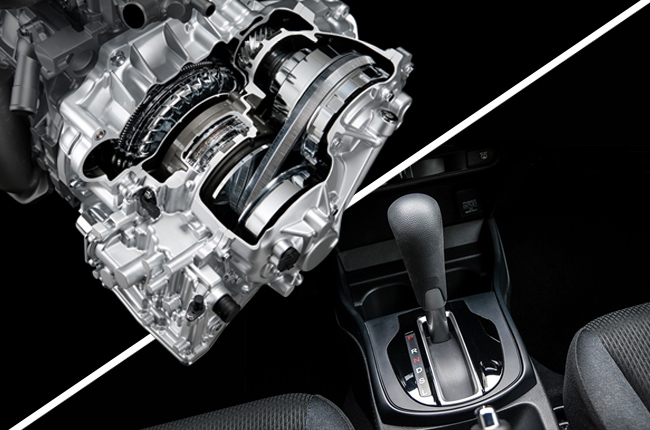 Car enthusiasts would often tell you that there is nothing like a manual transmission, but when stuck in heavy traffic, an automatic would be much better in comparison to tiring yourself out in already mind-numbing road situation. Automatics now are also more efficient than rowing through the gears yourself, but for the most efficient, look no further than the – often hated – continuously variable transmission (CVT). If you have ever seen the chain on a bicycle, that’s more or less how a CVT transmission looks like. In a bike, there are also multiple sprockets that increase or decrease in size. Now imagine those sprockets, but smoother, two cones and a chain linking the two. The cones allow the diameter of the path that the chain goes through to increase and decrease in size, allowing for different gear ratios. Actually, CVTs were first found in early automobiles and were widely adopted in scooters.

Haters are going to hate the CVT because it feels like stretching a rubber band when you try to accelerate. Couple that with the drone that comes from the engine humming along with its optimal powerband and it can be jarring if you’re used to DCTs, torque converters, manuals, or automated manuals, or anything that uses gears. Among these choices, however, CVTs are the most efficient, while it’s easy to say that it is, it’s harder to explain why these kinds of transmissions are finding their way into more and more cars. So without further adieu, here is a simple explanation of why CVTs are so efficient. 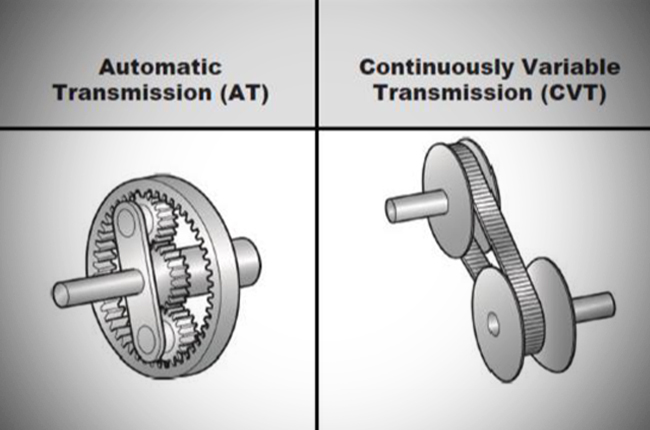 To define what gear ratios are, let’s look at engine speed through the tachometer that reads this metric in revolutions per minute (RPM). No matter how much you floor it, your engine will likely be limited to a certain RPM. For example, if you put your car in first gear and stay with it, you notice that if you hit redline you won’t be able to go any faster. Another gear after the other allows the vehicle to get up to speed, while playing within a certain range of RPM, that’s why when you shift you will see your tachometer go down and rise back up again.

We must also define powerband. When we mention it here, we couple it with the word: “optimal” because like most things in life, there is a sweet spot, a sort of ideal, if you will. 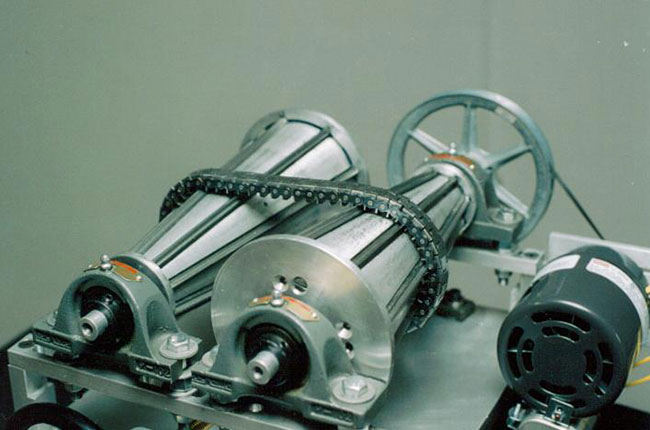 Usually, when manufacturers print out their spec-sheets, they inform you how many gears there are. The number usually ranges from four, all the way to ten in some of the latest gearboxes. You may think to yourself that ten is a lot of gears to row through, but the main purpose is to allow greater flexibility when it comes to selecting gear ratios. The faster you get to your desired speed, the more time you can spend coasting and saving fuel. With another gear that comes after, you can reduce your engine speed to increase fuel efficiency. The lower the RPMs, the less fuel you consume because the frequency at which fuel needs to be injected is lower at lower RPMs.

A belt driven CVT however has three main components, a belt, and two cones or wheels that increase and decrease in size. This allows the transmission to move freely within a range of ratios allowing for the vehicle to seamlessly gain speed, without the need for shifting or going past the ideal powerband of the engine. 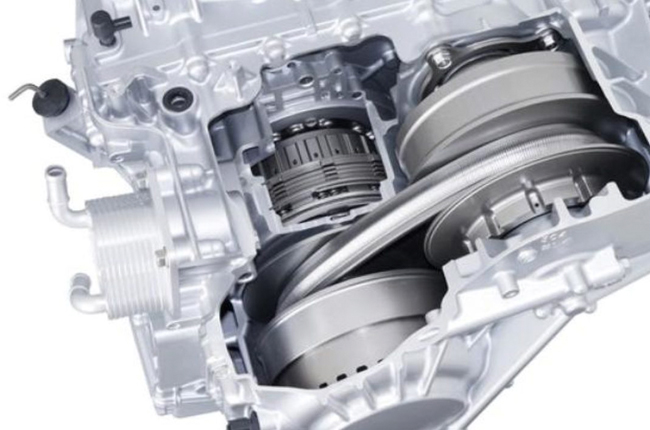 CVTs have the greatest flexibility of them all. The engine doesn’t even need to increase its speed in order for the vehicle to go at a higher velocity. The transmission does all the work while the engine stays nestled at an optimal point in its powerband. This leads to better fuel economy as a result.

When you floor a traditional automatic from a dead stop, you start on the first gear and work your way through. After first, there is a delay that happens since the engine is driving the transmission. Since CVT is flexible, it can sift through the gear ratios and keep the engine running at a set RPM. When it comes to acceleration, since the CVT wastes no time shuffling between gears, it can theoretically accelerate faster than a car that wastes a few milliseconds shifting gear to gear. While torque converters, DCTs, and automated manuals are getting smoother and quicker in their shifting, there is still a delay where the engine has to rest and slow down to rev up again.

A CVT will hold the engine revs at a constant speed, and the car will still continue to pull. The smooth transition wastes no time, meaning you can let off the accelerator once you are going at pace.

When thinking about power and efficiency, there is a common misconception that more power always means less efficiency. It depends on the weight of the car and other factors as well. But think about it this way, the less time you need to take getting up to speed with the rest of the pack, the more efficient your engine will be. Let's say a car reaches 60 km/h in 10 seconds. That’s 10 full seconds of working the engine and burning fuel trying to accelerate. However, if a car that has a more powerful engine gets up to speed in half the time, it can spend the other half coasting and utilizing its momentum to propel it forward. The best fuel economy that we usually get is on the highway because we aren’t constantly using all of the engine’s power.

With that being said, if you can efficiently use the power in your engine to get up to speed quicker, that equals added fuel savings.

To add to this, CVTs are theoretically the best transmissions in terms of acceleration. We say theoretically because there is the issue of durability, especially when dealing with high torque applications. In motorsport, the CVT was used in Formula 1 for a time. The Williams FW15C in 1993 enabled the team to achieve faster lap times with their test driver, David Coulthard. It was so good, that it got banned by the FIA, in a sub-clause that stated that a Formula 1 car must have between four and seven fixed gears.

It is undeniable that the CVT is a different transmission that we are accustomed to. Purists enjoy the mechanical properties of a manual transmission. Others would enjoy the surefooted nature of a transmission with hard gears or a transmission that pushes you back into your seat after every upshift. While emotionally stirring for enthusiasts, the average joe won’t even notice the difference too much especially if he doesn’t floor the accelerator anyway.

However, CVTs have another ace up its sleeve, in the form of computer programing. The transmission is a little smarter and dependent on the accelerator pedal in some applications, but the transmission is also capable of locking and simulating a hard gear. The revs also bounce up and down a certain range when accelerating as well. Manufacturers can program the transmission in different ways, whether to act as a true CVT, droning and holding the engine speed, or like a traditional transmission with gears, going up and down from redline, and resting in between “shifts.”

It’s more modular and can offer car owners the best of both worlds: theoretically better acceleration and fuel efficiency. Slight improvements must be made to ensure that there isn’t a rubber banding effect that happens and a few overheating and durability issues. Other than that, as long as manufacturers continue to improve this technology, it’ll be the one to watch. Earlier CVTs broke down easily and were a plague to avoid. Now, the technology has reached a good point in its maturity and is found in many common cars, it’ll be interesting to see how far manufacturers can take this further down the road.