If there’s one day worth waiting for every year aside from major auto shows, that has to be April 1st. We mean, who’s not excited to see hilarious official concept renderings from various car manufacturers? It’s that time of the year when we could all lighten up and quit the seriousness for a bit.

We found a handful of good posts that gave us the giggle and kudos to the brands’ corresponding creative teams for those. Some even went as far as producing a video ad. Let’s not try to make this longer, here are 10 April Fools posts from different car manufacturers that we think killed it.

From the thumbnail, it looked like a normal video ad of what seemed to be an update of the foreign-market Honda SUV, Passport. However, the design and the attire of the on-screen model is ‘80s-inspired, which throws off that something’s wrong with the video. The Pastport, an April Fools wordplay of the Passport, adapts the current design language on the front fascia but wait till you get inside. Just click on the video and see for yourself – we don’t want to spoil you the punchline. If the Land Rover Range Rover Evoque crossover has a convertible variant, Toyota figured why not the Hiace then? To make it even better, why not make a pie-oven rear available as an option? Like, really, this topless food van will drive pie-lovers crazy. 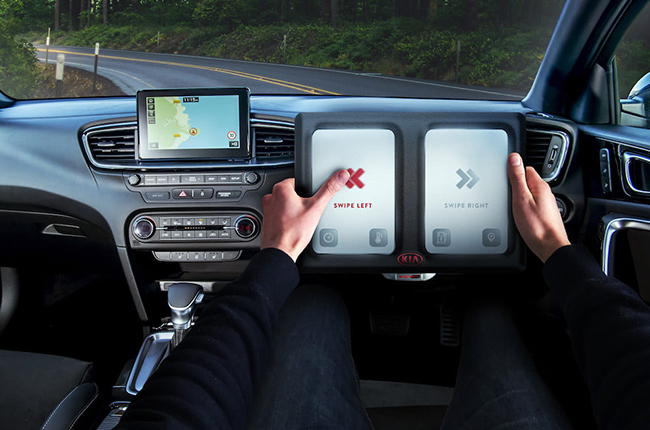 If you don’t get it, let us truncate the name for you - Kia FOOL. Kia wants to revolutionize driving by making drivers feel they’re only playing a mobile car simulator game on their phone. Instead of a rotating steering wheel, Kia replaces the cabin with a tablet-like touchscreen device with swiping functions to steer left and right. Did we just say ‘steer’? Our bad. We meant swipe left and right…like that dating app you don’t tell your partner about. Ooops. 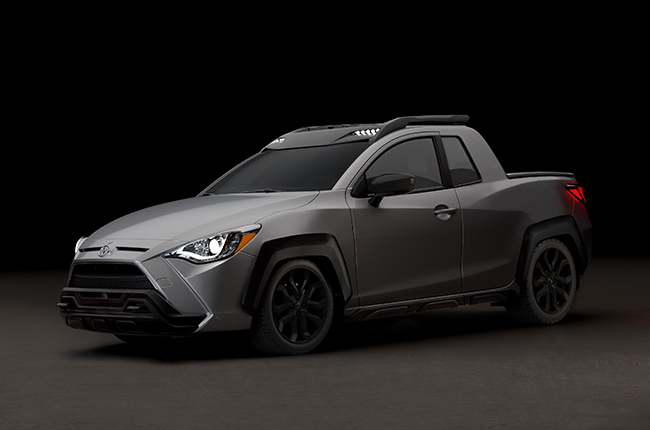 We’ve seen a modified Volkswagen Beetle pickup, which was adorable, take it from us. But, this Yaris pickup truck, we think, would make a decent model on the production line. We want to see an actual production version of the joke, are you with us on that? Maybe, we could sign a petition and storm the gates of Toyota? 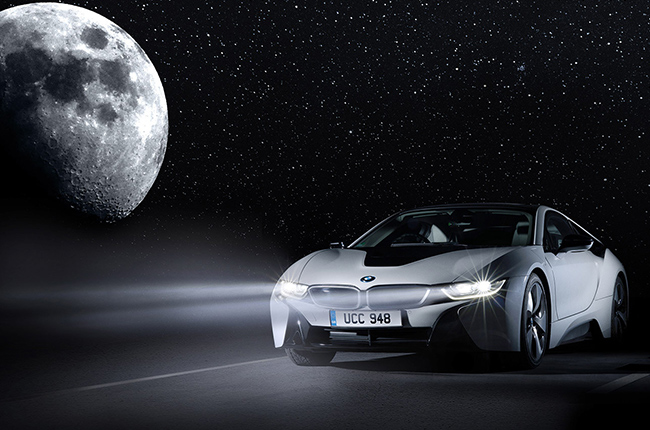 The Germans took part, too. BMW posted what it calls the Lunar Paint, which is said to be infused with “revolutionary photovoltaic technology.” Supposedly, the paint will be applied to the marque’s all-electric and hybrid vehicles. What it does is it allows the car to passively recharge when driving at night – because solar charging is too overrated. This is, by far, the sportiest, sleekest, most cunning camper trailer we’ve seen so far (the fact that Filipinos are not fond of trailer-camping). Now that’s more use for that overflowing engine power, don’t you think? We lowkey wished Lamborghini prepped interior photos, as well. Unfortunately, we only have a concept sketch of the exterior. MG’s taking graffiti to the streets, like literally “on the streets.” MG’s April Fools entry were road-painting tires covered with water-based paint. Wherever you go, you leave a mark – at least, that’s how MG wants you to. No need to worry, though, as the paint fades after a short while. Apparently, Audi went beyond the borders of biofuel—decided to take one from the bees. We don’t think this will jolly the bees (don’t do it, don’t you dare say it). They even claimed one tester was violently swarmed by the hive that nested in the glove compartment. Sweet! Seriously, this looks handsome as hell. Why would Jeep tease us this bad on April 1st? Can some executive in Jeep take this one to the conference room and discuss it with the design team already? We love that it’s good-looking; we hate that it was just a joke. SMH, Jeep. Why you do this?

So much of horses, Porsche redesigned its emblem with a QR code replacing the stallion. Why QR code, you ask? Let’s just say the German automaker’s take on digitalization is on point. In hopes to lead the digital age, the crest now features a QR code—great. We hope you get a horse image after scanning it. Oh, we almost forgot, you don’t have to! It was a joke.