Following its last year's Los Angeles Auto Show introduction, the refreshed Ford EcoSport has made it to Asia. The compact crossover was unveiled in Shanghai at the brand's Go Further event.

The EcoSport enjoyed a number of design changes over its exterior, similar to the one that debuted at the LA Auto Show last year. It has a new hexagonal grille, reshaped headlights, and a revamped front bumper. Inside, it features soft touch materials and an 8-inch touchscreen infotainment system. The EcoSport also comes with a central media bin, found at the center console. Ford says it can fit a large mobile phone similar to an iPhone 7 Plus while charging. 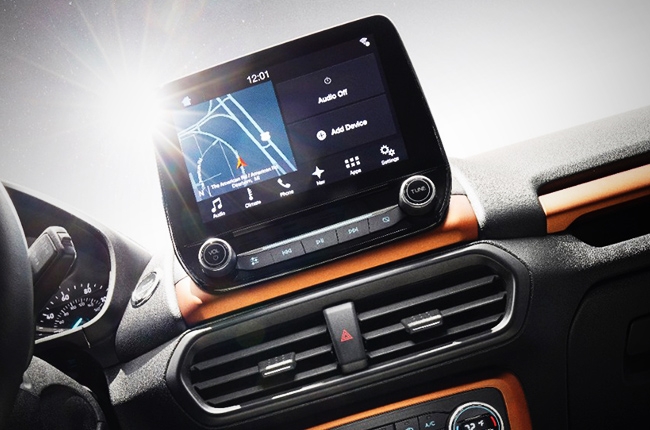 During the vehicle’s Asia-Pacific debut, Ford announced that the 2017 EcoSport is available with 3 gasoline engines: (1) 1.0L EcoBoost, (2) 1.5L, and (3) 2.0L Duratec with all-wheel drive. Although, you have to take note that the locally sold EcoSport only comes with the 1.5L engine.

Moreover, Ford has waved goodbye to the current 5-speed transmission and brought in its new 6-speed automatic transmission for the refreshed model.

The refreshed EcoSport will be delivered to Chinese dealerships later this year. Locally, Ford Philippines has yet to announce when will they launch the said vehicle. Considering its popularity in the Philippines, it’s a no-brainer for Ford to soon launch the new EcoSport here. In fact, it is one of the most inquired and sold car model in AutoDeal last month.