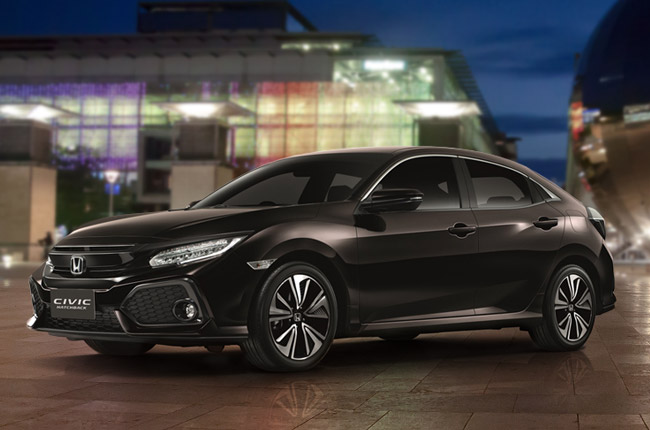 After making its American debut, the 2017 Honda Civic hatchback has finally reached the Asian market after its recent launch in Thailand. According to the Japanese carmaker, it will come with the latest version of the brand’s famous VTEC engine.

Yes, you read it right—the Honda Civic hatchback will come with a 1.5L DOHC VTEC Turbo engine capable of squeezing 173 hp and 220 Nm of torque. The power unit, unfortunately for those who prefer stick shift, will be mated to a continuously variable transmission (CVT).

As for its exterior, the 2017 Civic hatchback gets a meaner, sportier look compared to its sedan counterpart. It comes with sharp-looking headlights as well as a blacked out fascia and a large honeycomb grille. At the back, the Civic gets a sloping roofline, a spoiler, and an aggressive looking bumper. In addition, the hatchback retains its C-shaped taillights. 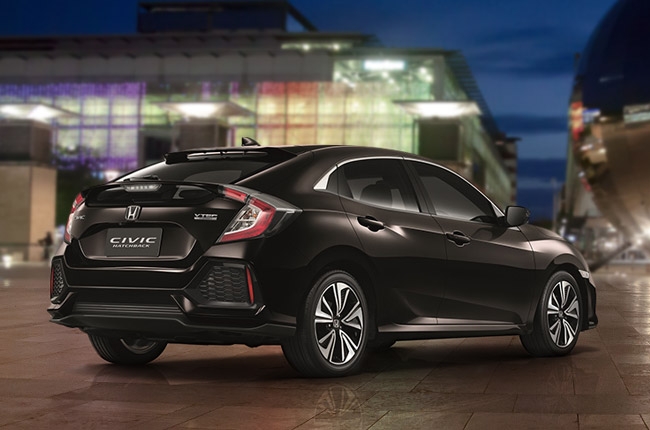 On the other hand, the Japanese brand boasts that the 5-door hatchback still offers a spacious cabin. Thanks to its 60:40 foldable backseat, total storage capacity for the Civic hatch is at 414L. Meanwhile, occupants get a 7-inch advanced display audio with Apple CarPlay for entertainment.

Another thing Honda brags about is the advanced safety technologies found in the Civic such as a multi-angle rearview camera, electric parking brake, auto brake hold, emergency stop signal, walk away auto lock, and many more.

Unfortunately, all these goodies are for the Thailand market only. Honda Cars Philippines, Inc. (HCPI) has yet to announce if the Civic hatch will be launched in the country. But our sources in HCPI say that they have something special prepared for us at the 2017 Manila International Auto Show (MIAS) happening this March 31 to April 2, 2017. Could this be the Civic hatchback?