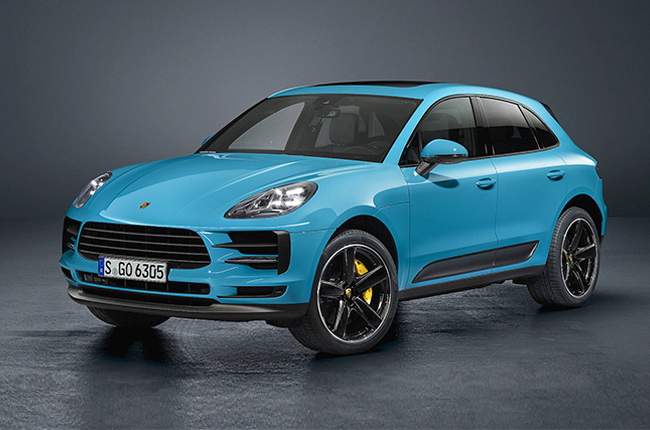 Fun fact: More than 350,000 Porsche Macans have been delivered worldwide since 2014, and more than 100,000 of that are in China. For a German luxury marque that makes exquisite cars (not to mention hefty price tags), that figure is huge, making it one of the most popular Porsches in our neighboring country.

With that in mind, Porsche has no intention of slowing down by debuting the 2019 Macan in Shanghai. The refreshed compact SUV carries a new face, and a myriad of LED lights to strengthen its appeal further to the premium SUV-buyers in the market. The most prominent change on the 2019 Macan is the array of LEDs that it uses – the four-bulb headlights reflect the rest of the new Porsche cars like the Panamera, while the three-dimensional LED strip at the rear that connects the taillights to each other mimic that of the bigger Cayenne SUV.

As good-looking as it is, the LED headlights utilize the Porsche Dynamic Light System Plus (PDLS), which can be used to adaptively control the light distribution. The fog lights, on the other hand, were removed from the lower front bumper and integrated to the lower slat of the air intakes.

Lastly, the thinner gaps between the horizontal-slat grille make the front end of the Macan look wider. At the back, there are only minor changes to complement the new LED lighting while keeping the sleek demeanor of the predecessor. To top it all off, there are new color options available such as Miami Blue, Mamba Green Metallic, Dolomite Silver Metallic, and Crayon. There aren’t many concrete changes in the interior except for two – the added options available and the 11-inch touchscreen display with full connectivity. To reflect the 911 DNA in the 2019 Macan, a new GT sports steering wheel can be had, while a Sport Response Button is made available as part of the Sports Chrono Package.

Comfort amenities have also been updated, with the option to include a heated windscreen and an ionizer to improve the air quality in the interior. And to counter the stress of heavy traffic, Porsche introduces Traffic Jam Assist that has adaptive cruise control enables more comfortable and relaxed driving behavior. Much like the Subaru EyeSight, it’s perfectly useable in slow-moving traffic and also assists in steering.

The seven-inch full-HD touchscreen display of the outgoing Macan has been enlarged to 11 inches, and integrated seamlessly into the redesigned dashboard. Aside from that, it’s equipped with Connect Plus module that connects your Macan to the rest of the world and uses swarm-based traffic data as part of its standard online navigation. It also has voice control because, why not? For its refreshed version, the 2019 Macan gets optimized chassis that works with new wheels and tires. The chassis is fine-tuned for “enhanced neutrality” which basically means its stability and comfort have been improved without removing its performance DNA in a compact SUV.

The front and rear wheels have different widths as well to take full advantage of the intelligent, all-wheel drive Porsche Traction Management (PTM). Both come with newly-developed tires for better lateral dynamics and enhanced driving pleasure.

As there are no information given about a new power plant, it’s safe to assume that the Macan will still be powered by either the 340-hp 3.0L V6 engine or the 400-hp 3.6L, both biturbo. 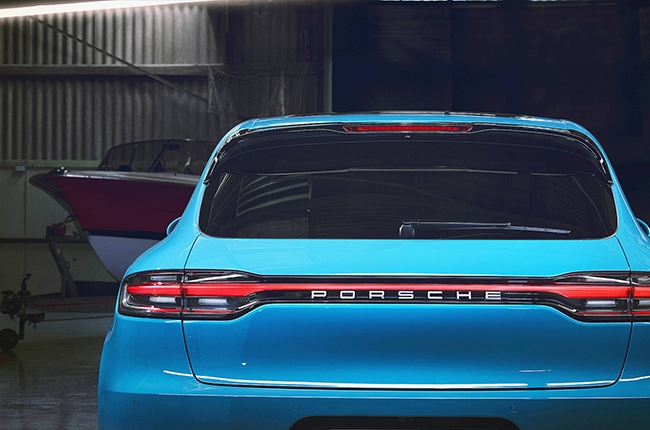 Following the success of the nameplate in China, the 2019 Macan will be exclusively available in the Chinese market. The rest of the world will receive the redesigned model throug the course of the year. With Porsche Philippines’ aggressive approach this 2018, it’s only a matter of time until we get the refreshed car here. Let’s just wait and see.

Get Notified About Porsche Macan News