When you think about the Ford Mustang, the first things that would probably come to mind would be a low-riding coupe with a gas-guzzling V8, throaty exhaust note, and exhilarating road performance. Everyone knows that, even kids, because the Mustang is one of the most iconic cars in the history of mankind.

However, Ford has something else in mind this year. Today, the Blue Oval brand debuts the Mustang Mach-E. Just in case you missed the headline above, it’s an all-electric pony crossover that packs power, but it’s in no way a Mustang apart from its name, the pony badge, and the tri-bar LED taillights.

If you’re still in doubt that electric vehicles and crossover SUVs are taking over the world, take your time and read below. 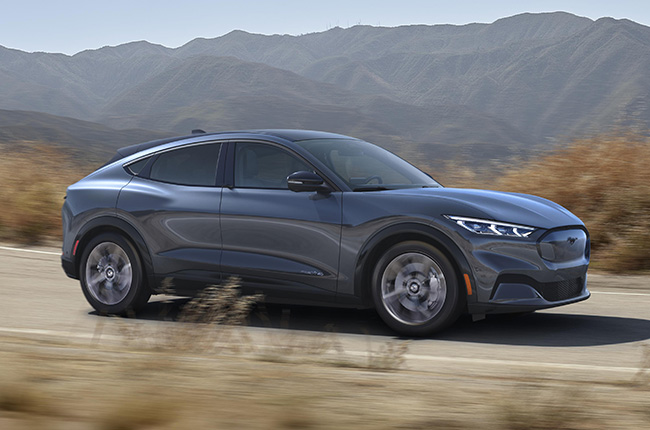 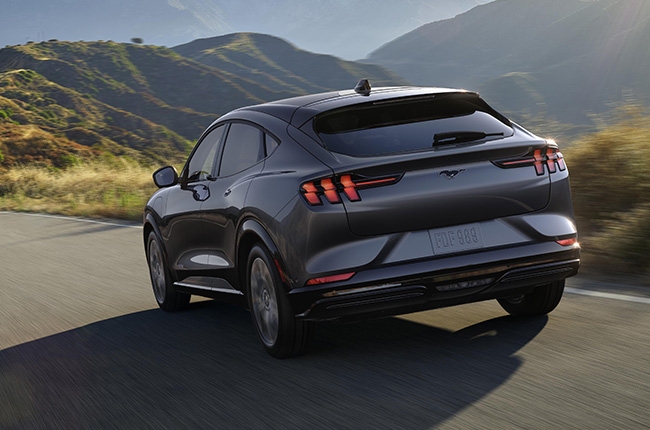 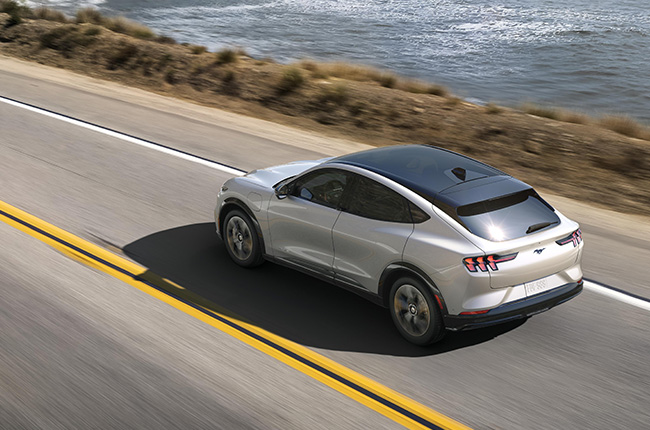 The Ford Mustang Mach-E features a coupe crossover four-door body type. It’s like a Mustang on stilts but design deviations tell you that it doesn’t have an engine that needs natural cooling. Elements that make it a Mustang are the pony badges upfront and at the rear, as well as the tri-bar LED taillights.

One cool feature of the Mustang Mach-E would be the lack of door handles. Instead, it has pillar-mounted buttons that pop the door open when pressed. The electric Mustang crossover has a different set of wheels, which can come in 17, 18, or 19 inches depending on the trim level. Inside, the dashboard shape will remind you of the first Mustang. The steering wheel is different, plus you’ll get 15.5-inch vertical touchscreen infotainment that features Ford’s latest Sync software. The huge screen also houses Ford’s latest suite of active safety features, the Co-Pilot 360 2.0.

What sets the Mustang Mach-E apart from the rest of Ford’s lineup is the sustainability of the materials used in the cabin. There are no real leather parts inside, which means everything’s synthetic. The main material used in the cabin is the “Sensico” faux-leather Premium Black Onyx or Space Gray cloth on the dash and speakers.

Of note, since there’s no huge V8 inside the hood of the Mustang Mach-E, there’s a 136L of “frunk” space upfront for a piece of extra luggage if needed. Cargo space behind the rear seats is at 820L. 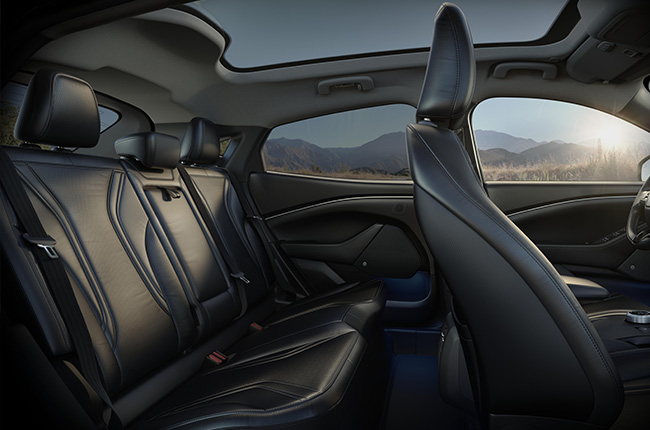 Now, let’s get into the basics of what's powering the new Mustang crossover. The permanent magnet motor that power the all-electric pony can produce up to 459 horsepower and 830 Nm of torque, which are available in the most powerful Mach-E GT Performance trim. This variant won’t be available until in the U.S. until 2021, though.

For now, the 2020 model year gets two high-powered trims: Premium and First Edition. Both trims make 332 hp and 565 Nm of twists. There’s also a base Select variants, which produces 255 hp and 415 Nm of torque. As for the battery, the Mustang Mach-E has a range that varies per trim level. Using a two lithium-ion battery pack, buyers of the electric crossover have two options: standard range and extended range. The former uses a 75.7-kWh pack, while the latter uses a 98.8-kWh battery pack. The Mach-E can reach up to 300 miles (483 kilometers) in one single charge. The lowest range in the trim is 210 miles (338 kilometers).

The Ford Mustang Mach-E will be available for MY 2020 in the U.S. in two initial trims, the Premium and First Edition. The lower Select variant, as well as the higher California Route 1 and GT Performance models, will become available by 2021. Pricing isn’t definite yet, but U.S. models range from around P2.1M (direct conversion) to P3.3M, depending on the options added.

We have yet to know whether Ford Philippines will eventually bring in the all-electric Mustang crossover in the country but basing on how slow our country adapts to EV technology, don’t expect it to come within the next three years or so.