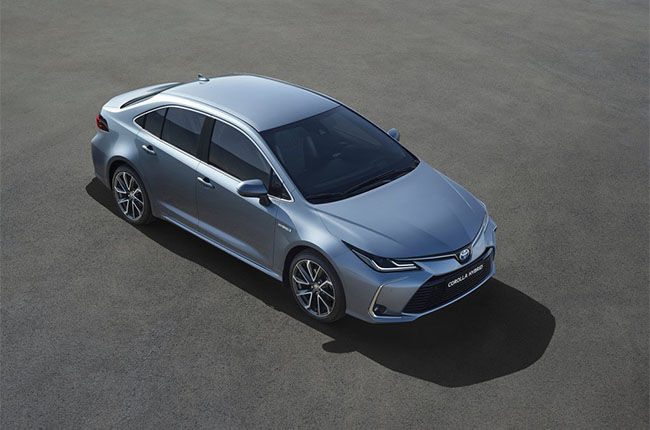 The official launch of the 2020 Corolla Altis is getting closer and the speculated prices and variant options have been released to the public. With that being said Toyota Motor Philippines is now accepting reservations for the all-new Altis.

The supposed pricing of the all-new vehicle will start at below one million for the base model and will hit the P1.6 million mark for the top of the line hybrid. Based on our previous report we stated that the all-new Corolla Altis will come with 3 engine choices, 1.6, 1.8, and a 1.8 Hybrid. It is still unknown if there will be a non-hybrid version of the 1.8 engine.

The top-spec Hybrid will be powered by a 1.8-liter Atkinson cycle engine which could be outputting about 147 hp with exact torque figures still being unknown. This top-of-the-line trim is expected to have a price tag of P1,580,000, but expect to add an extra P15,000 for the While Pearl paint color option.

On the non-hybrid end of the spectrum, the base model Corolla Altis will be coming with a 1.6. This 1.6-liter four-cylinder engine is a derivative of the 1ZR series of Toyota engines. The base model may come with the 1ZR-FAE engine which raises the power-up by 10 hp and 7 Nm. It might be a minor bump but Toyota claims this engine is much more efficient than the 1.6 engines in the Corolla Altis units puttering around today. These engines are actually the base model engines in the U.S. versions of the sedan.

Toyota’s Safety Sense (TSS) will also be added to select variants in the Corolla Altis lineup, but expect it to only be included in the higher trim levels. The TSS system works by lessening the load on the driver. An example of this is the adaptive cruise control system already present in the Super Grandia which automatically adjusts the vehicle’s speed when the system detects a car in front of it. The system will also automatically slow the vehicle down to maintain a proper following distance. The system lets the driver focus more on the road and will reduce the stress of driving on long-distance trips.

The supposed pricing of Toyota’s venerable Corolla Altis are as follows:

If you're ready to buy Toyota Corolla Altis, you can reserve online!