After a brief teaser, the Mazda BT-50 finally breaks cover and is launched by Mazda online. Based on an Isuzu pickup platform, the D-max, the new BT-50 finally joins the rest of its brothers after nine years with the Kodo-design flowing through every body panel and line on the vehicle. This model is expected to make landfall first in Australia in the latter half of 2020. 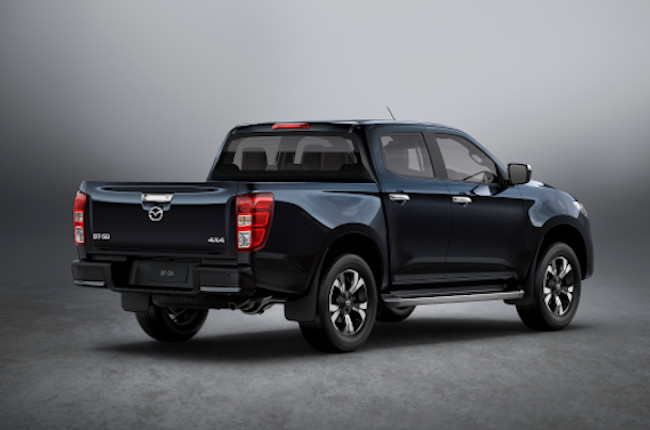 Looking like a beefier and tougher version of the CX-9, the new BT-50 has sharp cuts and corners that now bring Mazda’s pickup in line with the rest of the family. Predictably, the new pickup features proportions that are like the 2020 Isuzu D-max. The front grille is very pronounced and takes up the majority of the front face like most Mazda vehicles, and it also comes with very slim headlights which are presumably projector LEDs with DRLs on the top-spec variant. Foglamps and indicators can be found at the bottom portion of the front bumper which helps slim down the main lights on the pickup.

The rear of the new BT-50 is conventionally styled. With a taillight cluster that houses three sources for the brake, reverse, and indicator lights. A very clean and smooth side greets you along with a set of 18-inch two-tone wheels with 265/60 series tires. 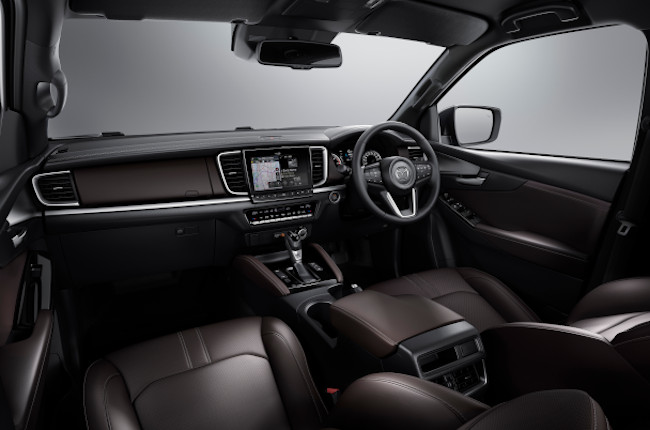 Since the model is to be launched in Australia later this year, the BT-50 will initially come with a right-hand-drive cabin layout. From the pictures, we can see that Mazda has not just retooled the exterior, but the interior as well. The upholstery inside the BT-50 appears to be brown in color. While not pure Mazda in its design, it still carries that same feeling when you look at it in pictures.

Many areas inside appear to be lined with soft-touch plastics and leather, while there are some features that we can pick out like the large infotainment display that we hope believed to be equipped with Android Auto and Apple Car Play. It also appears that no electronic parking brake will be found in the new pickup. We can also see that there is also an automatic climate control system that also has air vents for the rear passengers. There is also a push-button start system in the car, which means that a smart keyless entry fob is present at least at the top of the line model.

Now that Mazda is basing its new pickup on the D-max, it will also get a new engine to go along with its partnership with the Japanese brand. The previous generation had a 5-cylinder 3.2-liter diesel engine from Ford, but since the platform is now Isuzu-built, the company will be fielding its pickup with the 3.0-liter 4-cylinder diesel engine as found in the Isuzu D-max V-Cross. The motor is capable of producing 187 hp and 450 Nm of torque. The engine designation for this model will be the 4JJ3-TCX from Isuzu.

As for other technical specifications, the max payload capacity for this truck is set at 1,065 kg, the max towing capacity is rated at 3,500 kg, and all of this sits on a wheelbase of 3,125 mm while carrying a 6.1 m turning radius. Like most pickups and double cabs in the Philippines, the new BT-50 comes with seating for 5 individuals.

So there is no word yet on the launch of the new BT-50 in the Philippines. It could be that the new model could be a viable option for consumers who are looking for the ruggedness of an Isuzu with the uber good looks that only the Mazda brand can deliver. As stated earlier, the company plans to launch the BT-50 in Australia, which means that we could also see the new BT-50 make landfall in the Philippines by the end or before the end of 2020, hopefully.