Upon recalling, MG released teaser photos of an anonymous vehicle that happens to be an SUV. The photos flaunt a number of styling cues and design elements of the upcoming model, and frankly, it does look darn good. Fast forward and the mysterious SUV has already been shown fully, and it is the 2021 MG Linghang compact SUV.

The following photos were in courtesy of CarNewsChina.com. The last time we saw its teaser photos, we’ve had an assumption that this might be an updated MG HS. For now, we’re not quite sure if this model will therefore serve as a direct replacement or perhaps an entirely separate model from the HS. Let’s hope for further details with regard to that matter. The variant showcased on the photos is the range-topping trophy variant. As mentioned before, the styling of this compact SUV is quite synonymous with the upcoming MG 5, especially the frontend which features a new grille sporting a distinctive mesh pattern that does look quite pleasing. On the grille, you’ll also notice the ‘Trophy’ badging, further reminding you that this is the top-of-the-line trim. Apart from that, it also gets a pair of sleek LED headlights which should illuminate brightly during nighttime. The side profile is clean and sleek, on the rear quarter panel there’s also another ‘Trophy’ badging. The wheels also look nice, although we don’t have its exact dimensions just yet. Lastly, the rear gives this compact SUV quite a unique distinction as well, this is actually complemented by the redesigned claw-like LED taillights. Inside, the cabin almost remains the same when compared with the MG HS. The Linghang, however, benefits from a new and upgraded digital gauge cluster and an electronic gear shifter. Safety wise, this latest compact SUV from MG might even get the following driver-assist features including adaptive cruise control, automatic emergency braking, and many more. 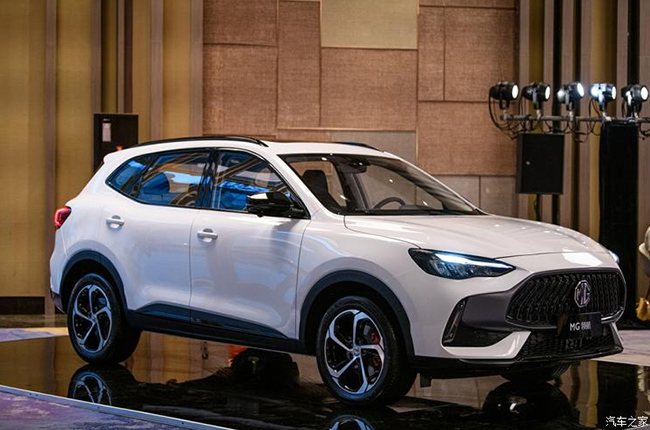 Up until now, the MG Linghang’s powertrain options remain undisclosed, yet some sources say that this compact SUV might have two engine choices, specifically a 1.5-liter and 2.0-liter turbocharged gasoline engine.

Let’s hope for further information with regards to this exciting model. Hopefully, we’ll be able to grasp some juicy updates, so do keep your eyes peeled and stay tuned.