In Japan, the 2021 Nissan Elgrand recently received a mild update, despite the minivan being a bit dated, it’s still a potential competitor that can take on the likes of the Honda Odyssey and Toyota Alphard. 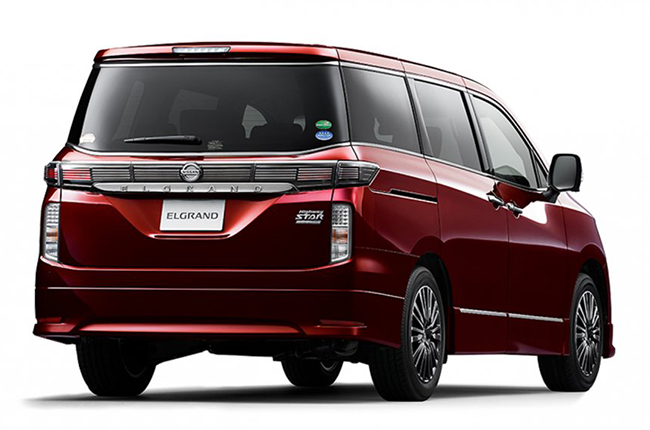 By mild, we do mean that both exterior and interior enhancements are quite subtle. Compared to its predecessor, the 2021 Elgrand’s exterior gets a new grille which eliminates the body-color, V-shaped trim piece that used to connect the headlights. This design treatment gives the minivan a more upscale look than before. Likewise, the cabin of the Elgrand remains almost the same, although there are indeed a few changes worth noting. Apart from the availability of piano black and wood trim finishes, this 2021 model gets a new instrument cluster. As for in-car entertainment, the new Nissan Elgrand gets a larger 10-inch touchscreen infotainment system.

As for safety and security, it comes with the brand’s 360° Safety Assist which includes automatic emergency braking, blind-spot warning, and lane departure warning. Notably, his suite of driver-assist features is now standard across all of its variants. On the side note, there’s also a sportier version of the Elgrand, with its Autech trim still available for 2021. Like the standard minivan, the Elgrand Autech features limited changes both inside and out.

Positively speaking, the current president of Nissan Philippines, Atsushi Najima, sees the Elgrand as a potential competitor among those renown nameplates in its segment. Surprisingly, he even asked Nissan Global Headquarters to bring it in, though we might have a slight problem with that, as this minivan is only available in right-hand drive. Given the circumstances, Mr. Najima even asked the senior management at Yokohama headquarters for a left-hand drive modification dedicated to the Philippine market.

As mentioned, the Nissan Elgrand is indeed dated, given that it has been around for 10 years already. By its age, perhaps, we might see an all-new model in due time, and we do hope that there will be a left-hand drive version for that so our market can finally have a taste of this minivan.