Aside from the Hilux GR Sport, the Thai market also gets the Toyota Fortuner GR Sport which also carries several exterior and interior upgrades. So what are some of the notable additions to the ‘Gazoo-fied’ midsize SUV? 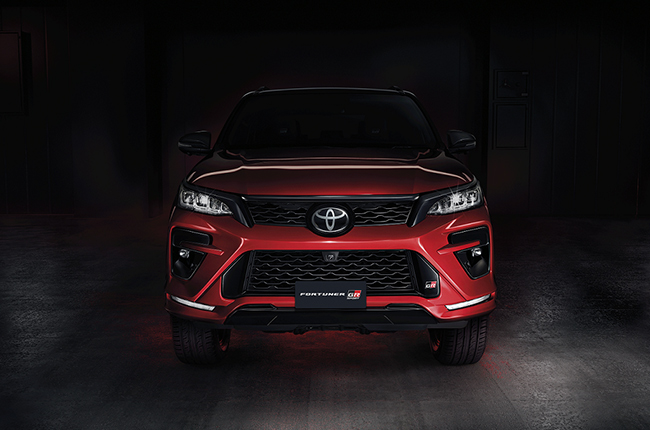 Exterior-wise, you still get the familiar layout, though there are some special appointments worth noting. For starters, the Fortuner GR Sport gets a new front bumper and is treated with a revised gloss black grille. Going over the side, the chrome handles and thin cladding were then replaced with body-colored materials. Along with that, its shoes have also been upgraded with exclusive 20-inch alloys. Lastly, its sporty look is topped up with a new rear spoiler. 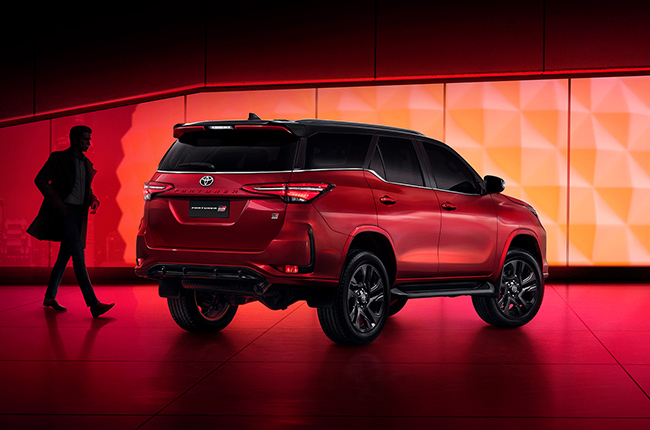 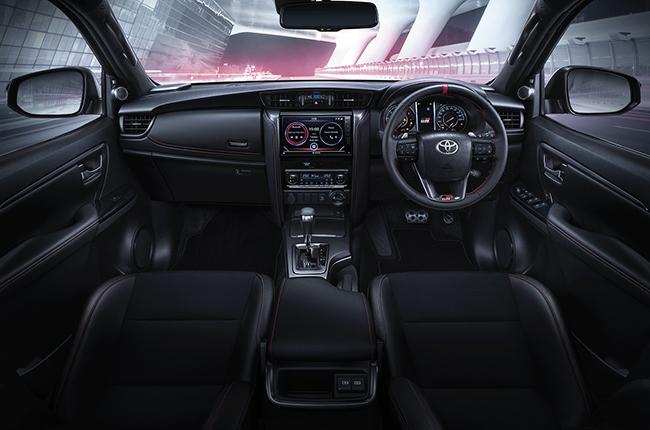 Inside, the midsize SUV also features some Gazoo-exclusive treatment. Like the Vios GR-S, the GR logo will also appear upon startup of the vehicle. Other GR detailing can also be found on the steering, on its leather seats, on the push-start button, and on its matting. The interior follows a black and red theme, revisions also include the replacement of chrome accents with smoked silver. Rounding up its sporty makeover include the aluminum pedals.

Like the Philippine-spec LTD and lower variants of the Fortuner, the special GR Sport trim is also powered by the tried and tested 2.8-liter turbo diesel engine churning out a healthy 201 hp and 500 Nm of torque. It is also worth noting that Toyota’s Safety Sense package is also standard on the GR Sport trim.

It seems that Toyota has been expanding its GR line of vehicles. Since Toyota Motor Philippines launched the Vios GR-S, there is a chance that the Japanese automaker could also bring in the Fortuner GR Sport which should appeal to those who want a sportier trim than the LTD.