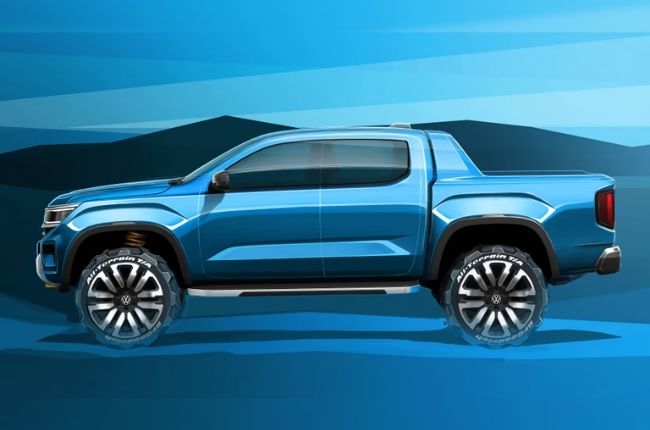 Volkswagen has teased the upcoming 2023 Amarok anew ahead of its launch later this year. In a press release sent from its German headquarters, the automaker gave us a fresh look at the new pickup truck, albeit through concept illustrations. 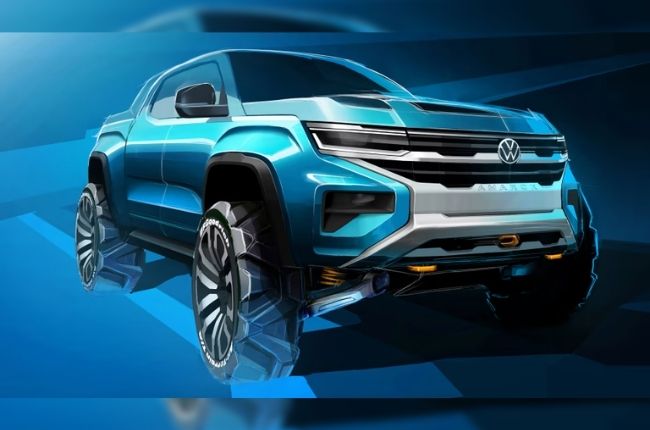 The new Amarok notably shares its platform with the all-new Ranger, which was unveiled last year and set to hit local dealerships soon. Volkswagen's attempt to differentiate itself from Ford is evident in the design sketches, with the Amarok gaining aggressive wheel arches, strong character lines, and a thick sports bar at the rear. The Amarok's front fascia is also distinctly VW, as its look features much of the brand's current design philosophy. Only one engine has been confirmed so far, Volkswagen's own turbocharged V6 diesel power plant. A version of the new Ford Ranger will also pack a V6 under the hood, but we're told the two engines are not the same. Apart from that, the Amarok could also launch with other powertrain options, including single and twin-turbo diesel offerings.

Of course, Volkswagen is marketing this model as a "premium pickup," so it has to look and feel the part. The Amarok will reportedly benefit from new-to-segment driver-assist features, improved off-road capabilities, and a roomier, more comfortable interior. 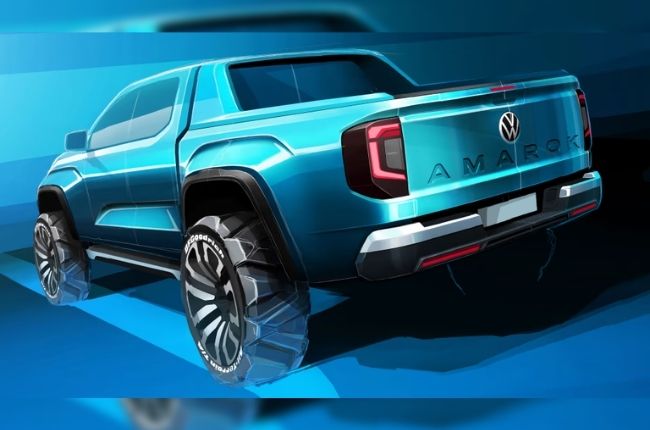 Volkswagen has not released further details on the 2023 Amarok, but these illustrations could be a good sign that the truck is nearing launch. Could this model arrive in the Philippines? It's not unlikely, as VW is manufacturing the Amarok in Ford's plants in South Africa and Thailand.

The Thai plant is particularly of interest because Ford Philippines sources the Ranger and Everest there. Nonetheless, Volkswagen Philippines has yet to confirm anything, so we'll have to wait for official word from the brand. The 2023 Volkswagen Amarok will launch later this year.