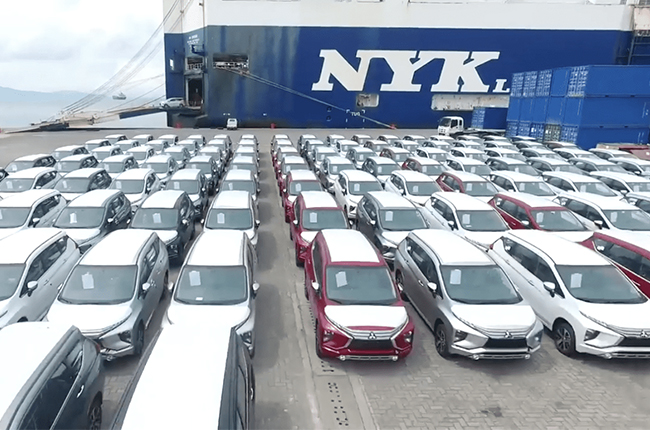 The Department of Trade and Industry’s (DTI) Safeguard Measures Act has hit the automotive industry hard as it is still recovering from the still-ongoing pandemic. While the act itself is meant to protect local automotive manufacturers, by imposing additional taxes on imported vehicles, the move has also caused an increase in the prices of imported units in the country. It is important to note that majority of the vehicles sold in the Philippines come from countries such as Japan, Thailand, Indonesia, and China. With the new tariffs in play, these vehicles could see significant price increases in the coming months.

As it stands, expect to pay P70,000 or more as additional safeguard fees for passenger vehicles, and P110,000 or higher for light commercial vehicles. In order to adapt to the new taxes, some automotive companies such as Geely Philippines have already increased the pricing on their vehicles. Some manufacturers have found a creative way around it, with companies like Toyota Philippines keeping its standard retail pricing but incorporating the safeguard duties into their down payment process instead. 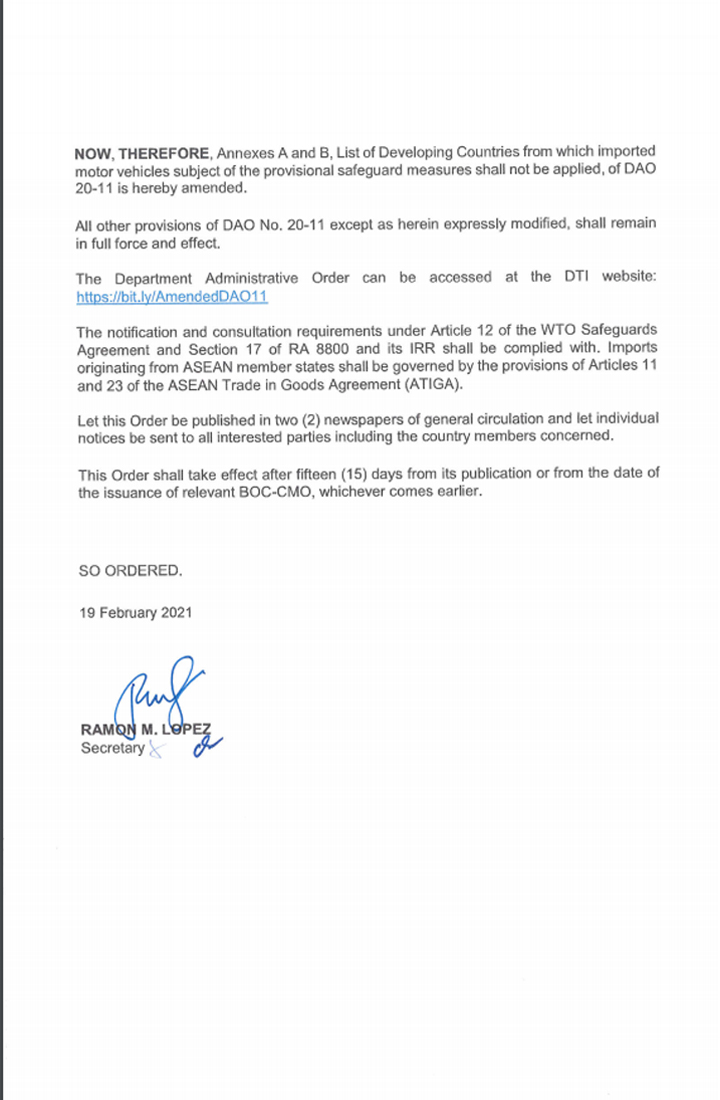 The DTI has also released a new list of countries that are exempted from safeguard duties seen in the photos above.

Will the new safeguard duties be permanent?

Currently, the Tariff Commission and the DTI are doing a joint investigation on the matter. This has something to do with the Philippine Metalworkers Alliance (PMA) allegedly misrepresenting the local automotive industry, resulting in the additional tax for imported vehicles. It is important to note that the PMA is a strong proponent of the Safeguard Measures Act, as it will help with the local production of parts needed by automotive brands. Once the investigation has been completed, only then will the Tariff Commission be able to decide if the safeguard duties should stay or be dropped.