The Chamber of Automotive Manufacturers of the Philippines, Inc. (CAMPI) and Truck Manufacturers Association (TMA) reported a 27.8% year-over-year (y-o-y) increase in sales last January 2017. This achievement marks the highest ever start for the local automotive industry. 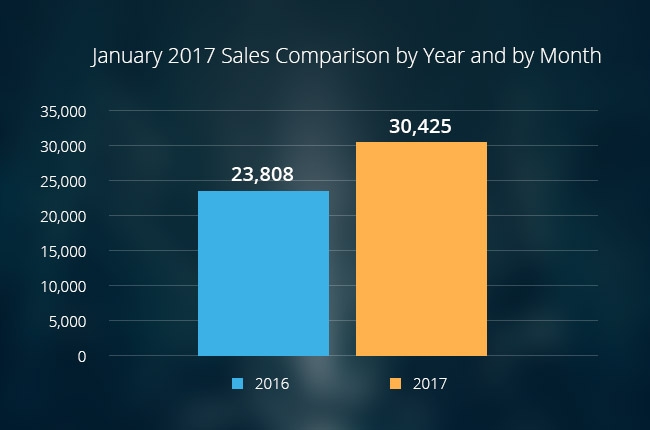 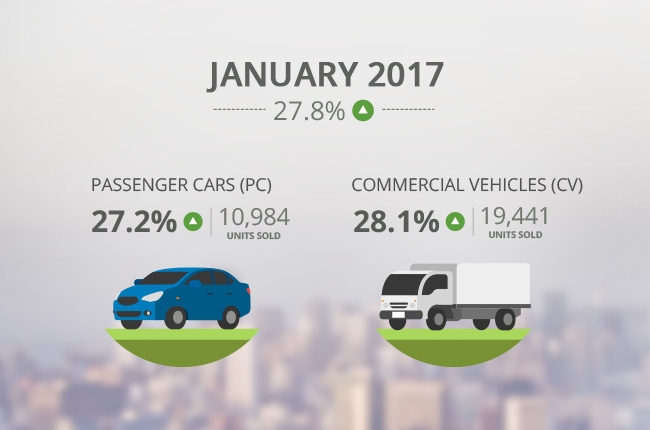 Although we expected lower sales due to seasonality, reaching the 30,000-unit level in January is a good start for the auto industry. We welcome appropriate measures that will not hamper the growth of the auto industry as it continues to positively contribute to the economy,” explained CAMPI President Atty. Rommel Gutierrez.

In addition, Category 4 (Trucks and Buses) recorded the highest sales improvement with a 74.4% growth, tallying 272 vehicles from 156 units of the previous year. Category 5 (Heavy Trucks and Buses), however, marked the least in the segment with 173 units, just 1.8% up from January 2016's 170 sales mark. On an individual performance, Toyota Motor Philippines Corporation still leads with a 47.8% market share. This year's record reflects AutoDeal’s data throughout 2016, where the Wigo hatchback and Vios subcompact sedan ranked on AutoDeal’s Most Inquired Cars and Most Transacted Vehicles. Moreover, the Fortuner SUV and Innova MPV are also on notable spots in the Most Inquired Cars data.

Up next in 2nd place is Mitsubishi Motor Philippines Corporation with a 16.24% share. Helping the brand achieve this feat is the Mirage G4, Mirage hatchback, and Adventure, which placed 5th, 7th, and 9th on AutoDeal’s Most Transacted Vehicles, respectively. Ford Motor Philippines ranks 3rd with an 8.28% market share. This is evident as 3 of its flagships—the EcoSport (3rd), Everest (6th), and Ranger (9th)—made it on AutoDeal’s Most Transacted Vehicles. Meanwhile, Honda Cars Philippines, Inc. gets 4th with a 7.18% market share, thanks to the Japanese brand’s 23,199 sales record claimed to be contributed by the City, BR-V, and Civic.

Not to be outdone is Nissan Philippines Inc. as they garnered a 5.45% share. Leading the way for Nissan is the NV350 Urvan, Navara, Juke, and Almera, all making it on AutoDeal's top 20 Most Inquired Vehicles.