The muscle car segment is a vague realm with thin boundary lines separating it from sports cars. Cars that play inside this spectrum are often debated as to what segment they really belong to. Among the cars that rival in this segment were Chevrolet’s Camaro and Ford’s Mustang, whose face-off has been there since the beginning.

Related: Chevrolet resurrects the Blazer for 2019...as a crossover?

In the ‘60s, the term ‘pony car’ surfaced and it became the right label to classify all cars that followed the introduction of the Mustang in 1964. Although it’s a bit one-sided for other cars, as the word ‘pony’ directly rooted from the Mustang’s emblem, other competitors that dared to challenge it managed to catch up. One of these was the Camaro, which came out three years after Ford debuted the ‘Stang. 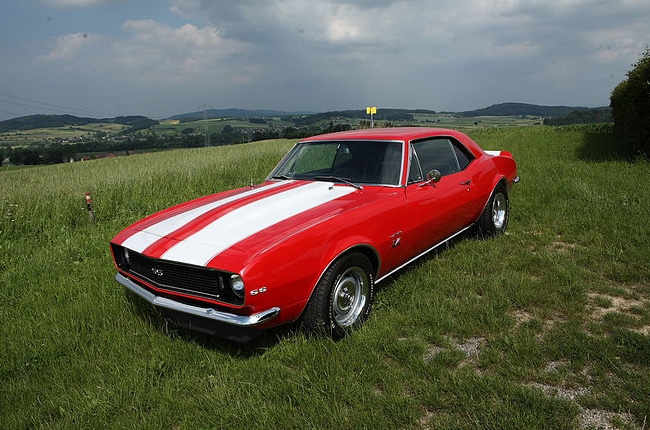 Since then, the rivalry between the two cars was front page-worthy, until people stopped seeing the Camaro in Chevrolet’s production line in the early 2000s. Most people thought it burnt out the flame it once had to keep up with the Mustang, but all those hunches were dismissed when the Michael Bay film Transformers featured a retro-looking, new Camaro in 2010.

According to a report published by Automotive News, the year it came back was the year it started to rise on top of its segment. The glory days of the Camaro are finally coming to it, and it’s at arm’s reach. However, this was a short-lived glory, as in 2014, sales began to drop for the bowtie brand’s sports coupe. 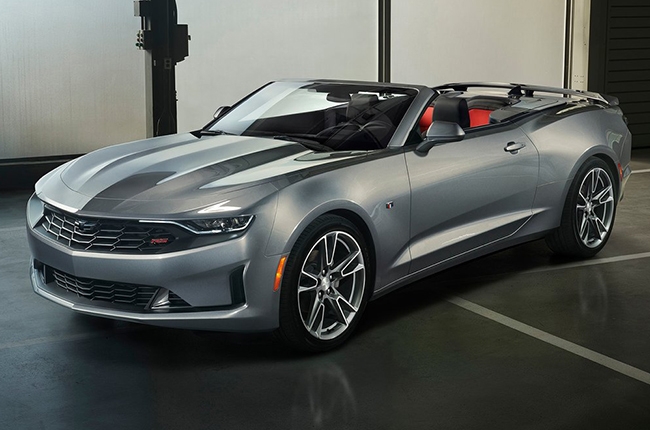 In the same report, Al Oppenheiser—who is Camaro’s chief engineer—speculated that this could be due to the “low transaction prices of Mustang’s four-cylinder,” which he certainly believes where the money is. And so, Chevrolet explored the four-cylinder realm, where it found no positive effect on the car simply because...it’s still a little pricey compared to its rival.

Related: Want to save on fuel? Heed these tips from Chevrolet PH

However, for Chevrolet, the 21st century face-off has just started and tables could actually turn if they could devise a way out of the situation. Oppenheiser told Automotive News that in able for them to reclaim the top position, an improvement on pricing strategy needs to be studied. The Chevrolet Camaro will be awoken once again to reclaim its throne—and it’s coming for the Mustang, head-on. Sounds interesting, right? Bumblebee versus Eleanor. Transformers and Gone in 60 Seconds, anyone?

The blueprint laid on the table reveals that Chevrolet will be cutting down the price of its entry-level Camaro 1LS by a grand (USD 1,000 or Php 53,985), including shipping. The company also plans to chisel off prices for the 1LT and 2LT variants, while a Turbo 1LE package for the 2.0-liter four-cylinder model will be introduced. This will support the ZL1 1LE model in its battle with Ford’s EcoBoost engine. Time to do what they should’ve done a long time ago, don’t you think? In addition, Chevy is also said to be looking forward on targeting a different group of buyers, whose eyes are leaning more toward cars like the Ford Focus RS, Hyundai Veloster N, Honda Civic Type R or Kia Stinger. A daring move, considering that this is far below the segment of where the Camaro sits. According to the same website, Oppenheiser believes that the Camaro can overtake the Mustang (count the Dodge Challenger as well) in no time by targeting buyers in lower price range.

Chevy’s 2.0-liter engine produces 275 hp and 400 Nm of torque. It makes the Camaro go from zero to 97 km/h in 5.4 seconds. Sadly, the Camaro nameplate is no longer available in the Philippine market, though people can still have it through indent order. Maybe, when this move becomes a success, we could see it inside The Covenant Car Company, Inc.’s (TCCCI) showrooms.