The Department of Public Works and Highways (DPWH) has announced that it is ready to open a new toll-free 18-kilometer section of road that will connect Tarlac City to Aliaga in Nueva Ecija as part of the first phase of the Central Luzon Link Expressway. According to the government agency, the section of the road is from the connection of the Subic-Clark-Tarlac Expressway (SCTEX) and the Tarlac-Pangasinan-La Union Expressway (TPLEX) in Balingcanaway, Tarlac City.

DPWH Secretary Mark Villar states that construction for the project remains on track and that the new roadway should be open to the public by May 15, 2021. The government agency has also stated that the new expressway will be toll-free, however, it did not specify if it will be indefinitely, or if there will be toll fees added to the expressway at a later date.

Currently, the remaining sections that are still under construction are:  the 4.10 kilometer Tarlac section, the 6.40 kilometer Rio Chico River Bridge section, a 1.50 kilometer Rio Chico Viaduct, the 9.2 kilometer Aliaga Section, and the 10.30 kilometer Cabanatuan Section. However, the DPWH has stated that these areas are on track for completion and that it will be able to meet the May 15 deadline. 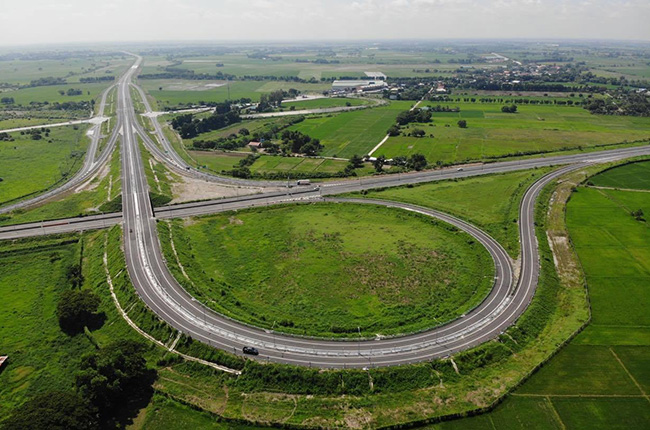 Once the project is completed, it will help reduce the travel time between Tarlac City and Cabanatuan City from 70 minutes to an estimated 20 minutes. As it will serve as a major toll-free thoroughfare, it also comes with the added benefit of helping out the tourism and farming sectors within the region.

We are seeing a quality infrastructure that will benefit around 11,200 motorists and commuters daily and ease traffic at Daang Maharlika Highway about to be delivered by the President Rodrigo Roa Duterte administration.
Mark Villar
DPWH Secretary