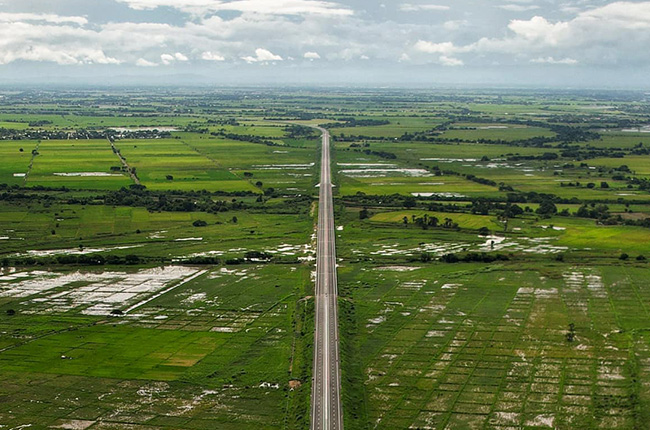 The Central Luzon Link Expressway (CLLEX) just opened today, July 15, 2021. It’s also free for everyone to use, and that’s not just for a limited timing only, as no toll fees will even be collected in the future. Notably, the newly constructed road is set to reduce travel time from Tarlac City to Cabanatuan City in Nueva Ecija from over an hour to just 20 minutes.

Its 30-km segment shall seamlessly connect from SCTEx/TPLEx in Tarlac City and will extend up to Cabanatuan City in Nueva Ecija. This four-lane freeway shall benefit around 11,200 motorists and commuters. More importantly, it will also reduce traffic along Daang Hari by 48%. The first 18-km segment of the CLLEX has just been opened today, with work on the Cabanatuan segment still ongoing.

Part of its future plans is to extend CLLEX even further, specifically from Cabanatuan City to San Jose City, Nueva Ecija. Once the entire expressway has been completed, it will then have a total length of 65.70 km.

As per the Build, Build, Build Committee Chairperson, Anna Mae Yu Lamentillo, the CLLEX is not a private-public partnership (PPP) project, rather it is funded directly by the General Appropriations Act (GAA), plus, it was also made possible with the taxpayers' money. Projects under GAA are funded and maintained by the government's annual budget. This is unlike other PPP projects that rely on a business venture-funded, constructed, and operated through a partnership between the government and the private sector.

As mentioned, the newly opened expressways or perhaps freeways will charge no toll from now and then. This should be good news to all motorists who are to drive up north and enjoy the reduced travel time, From Tarlac City to Cabanatuan City in Nueva Ecija, travel time is reduced from over an hour to just 20 minutes.