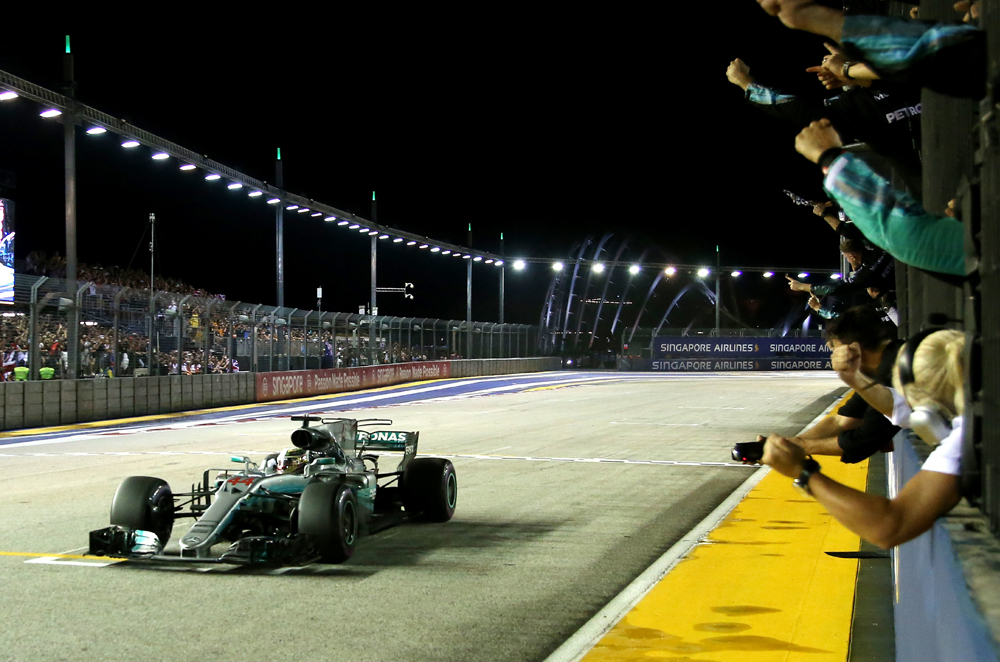 Mercedes-AMG Petronas’ Lewis Hamilton claimed his 60th career victory at the 2017 Formula 1 (F1) Singapore Grand Prix. With this, the Briton now leads by 28 points in the driver’s championship.

Rain had begun to pour on the Marina Bay Street Circuit, providing tricky conditions prior to the race. As the lights turned green, Scuderia Ferrari’s Kimi Raikkonen had a great start coming from 3rd place. The Finn managed to line-up alongside his teammate Sebastian Vettel and Red Bull Racing’s Max Verstappen, who also had a quick start. 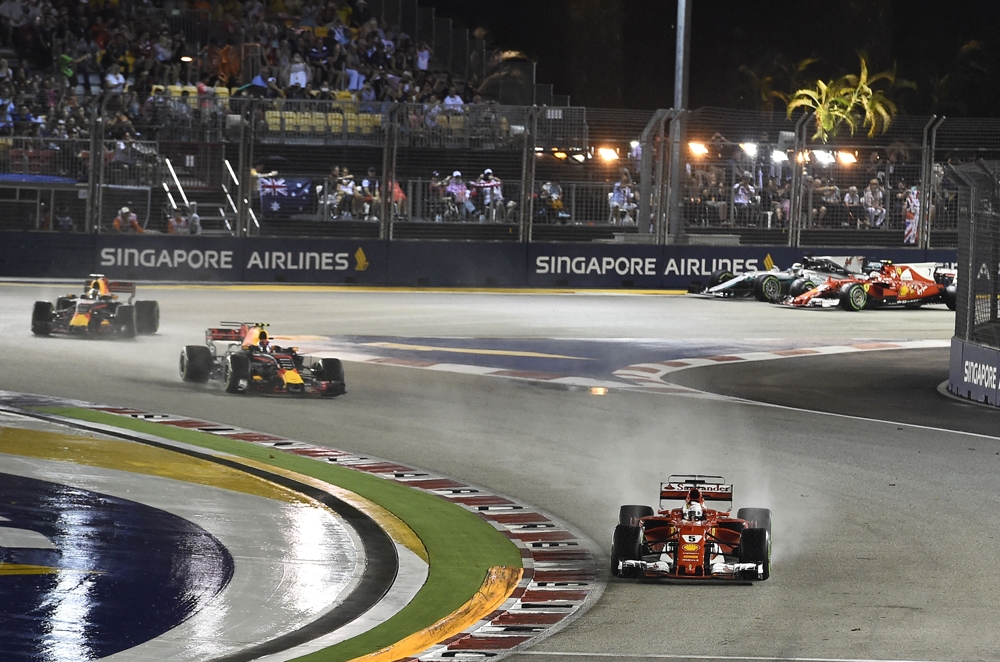 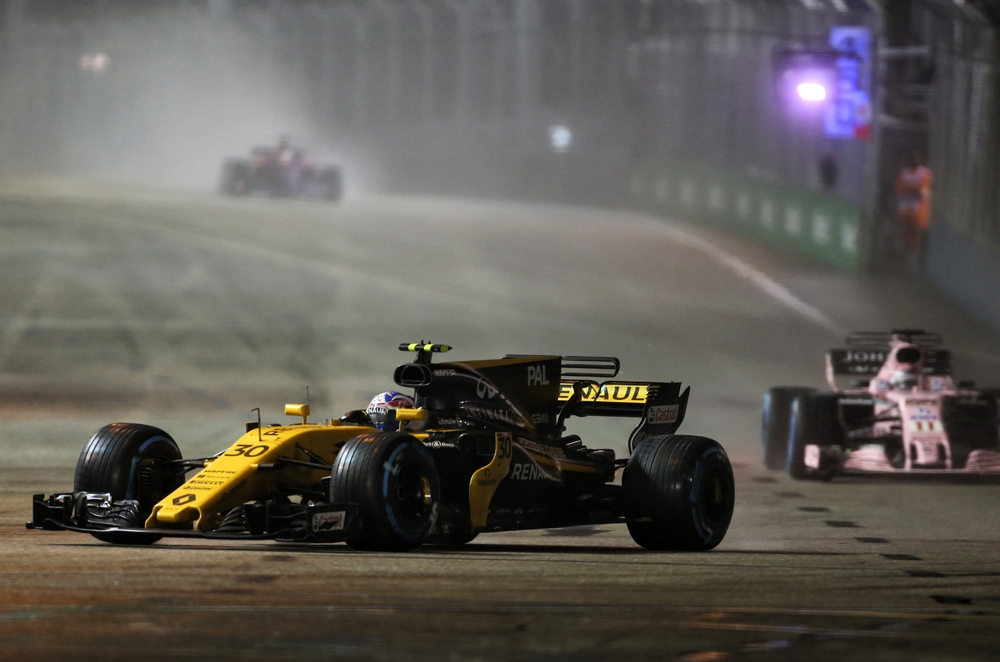 Vettel tried to block off Verstappen to secure his lead but instead caused a 3-car collision with the Red Bull Racing driver and his Ferrari teammate. Raikkonen was sent barrelling down to turn 1 where he hit Verstappen again and McLaren-Honda’s Fernando Alonso in the process. Raikkonen and Verstappen retired immediately due to mechanical damage from the collision, while Alonso ended his race on the 9th lap.

As for Vettel, he managed to make it passed turn 3 but, lost control after slipping on fluids excreting from his car. He too retired on the opening lap handing the lead to Hamilton, who held on to win the Singapore Grand Prix.

He was followed by Red Bull Racing’s Daniel Ricciardo who was 4.5 seconds behind. The other Mercedes driver Valtteri Bottas, who started in 6th, was able to make his way up to complete the podium in 3rd.

Toro Rosso’s Carlos Sainz had a stellar drive as he crossed the line in 4th place despite the pressure from Force India’s Sergio Perez, who finished in 5th. Renault’s Jolyon Palmer also had an impressive race that saw him reach the end in 6th place followed by McLaren-Honda’s Stoffel Vandoorne in 7th. Sainz, Perez, Palmer, and Vandoorne all had their best ever finishes in their F1 career. Williams’ Lance Stroll made his way from 18th at the start to finish in 8th while Haas’ Romain Grosjean claimed 9th. Force India’s Esteban Ocon was able to salvage 10th after he started the race in 14th.

The other Williams driver Felipe Massa and Sauber’s Pascal Wehrlein were the only drivers to finish the race outside the top 10.

Aside from Vettel, Raikkonen, Verstappen, and Alonso, the long list of retirees include Toro Rosso’s Daniil Kvyat who crashed into the wall on the 11th lap after locking up his brakes. Meanwhile, Sauber’s Marcus Ericsson also ended his race when he crashed his car into the wall.

Renault’s Nico Hulkenburg retired from the race on lap 50 due to an oil leak. Hulkenburg now holds the record of the most number of race starts without a podium finish with 129, surpassing former Force India driver Adrian Sutil. On the same lap, Haas’ Kevin Magnussen also retired due to engine issues.

The next race of the 2017 Formula 1 season will be at the Sepang International Circuit in Malaysia on October 1.