Valtteri Bottas finished just 0.600 seconds ahead of Sebastian Vettel to grab his 2nd career win at the 2017 Formula 1 Austrian Grand Prix. Bottas becomes the 4th Finn to do so at the Red Bull Ring since Keke Rosberg, Mika Hakkinen, and Kimi Raikkonen.

Lewis Hamilton of Mercedes-AMG Petronas started in 8th after a 5-place grid penalty for a gearbox change. The Briton was able to quickly climb up the order after overtaking Force India’s Esteban Ocon and Sergio Perez.

Bad luck continued for Red Bull Racing’s Max Verstappen. The Dutchman got involved in a 3-way collision at turn 1 of the opening lap with Toro Rosso’s Daniil Kvyat and McLaren-Honda’s Fernando Alonso. Verstappen and Alonso had to retire after sustaining heavy damage, while Kvyat received a drive-through penalty for causing a collision. Of note, Verstappen retired in 3 straight races this 2017 season. Bottas dominated the early parts of the race until the race leaders switched to the supersoft compound tires. Vettel steadily cut the lead down as the Finn started to struggle with grip heading into the final laps of the race. Bottas managed to hang on to win the race, while Vettel crossed the line less than a second behind in 2nd.

The battle for 3rd was also a nail-biter as Ricciardo struggled with his tires. On the 70th lap, Ricciardo and Hamilton were side-by-side at turn 4. The Aussie defended the inside line, forcing the Briton to pull back. Ricciardo finished the race in 3rd, while Hamilton had to settle for 4th.

Raikkonen, with a wide gap between 4th and 6th, had a lonesome race to finish in 5th. Romain Grosjean of Haas started the race in 7th and went as high as 4th place in the opening stages of the race but couldn’t keep pace with the championship contenders. The Frenchman still claimed a respectable 6th place after a tough battle with Ocon and Perez, who reached the checkered flag 7th and 8th, respectively. 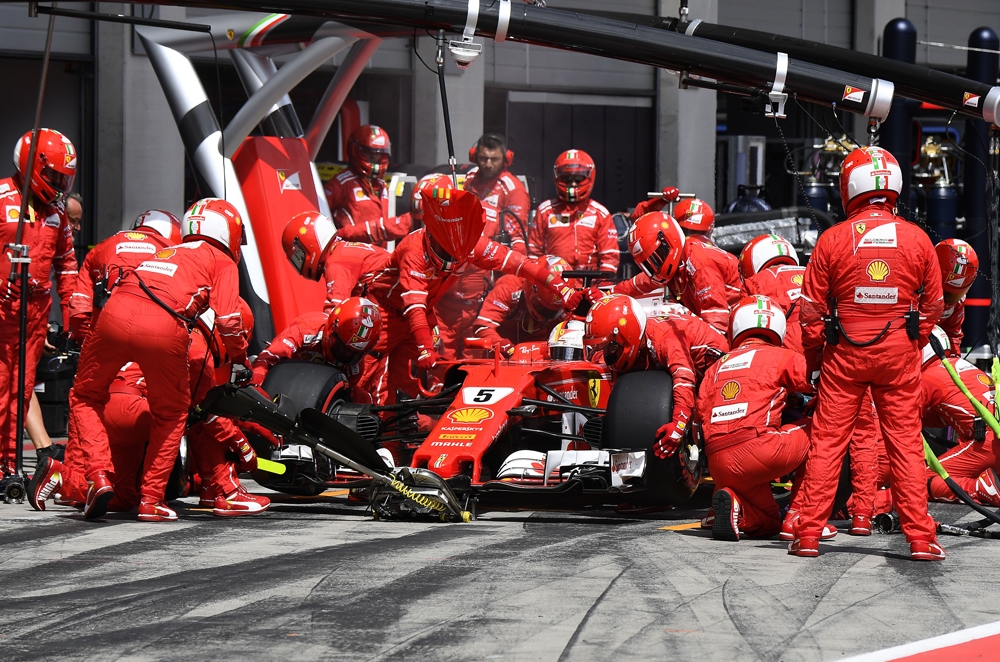 Teammates Felipe Massa and Lance Stroll of Williams started the race back in 17th and 18th place, respectively. After an impressive performance, Massa crossed the line in 9th, while the rookie Stroll completed the race in 10th.

After a poor performance during the Azerbaijan Grand Prix, Renault’s Jolyon Palmer notched his best finish of the season in 11th. Meanwhile, his teammate Nico Hulkenburg crossed the line in 13th, just a split second behind McLaren-Honda’s sole finisher Stoffel Vandoorne in 12th.

The pair of Saubers, Pascal Werhlein and Marcus Ericsson, were able to climb a few spots each from dead last to claim 14th and 15th, respectively.

Despite causing a collision and a drive-through penalty, Kvyat was able to complete the race and finished in 16th. His teammate Carlos Sainz retired due to mechanical problems, while Kevin Magnussen of Haas ended his race when his car suffered a hydraulic failure.

After the 2017 Austrian Grand Prix, Vettel increased his lead over Hamilton in the driver’s championship points with 171 and 151, respectively.