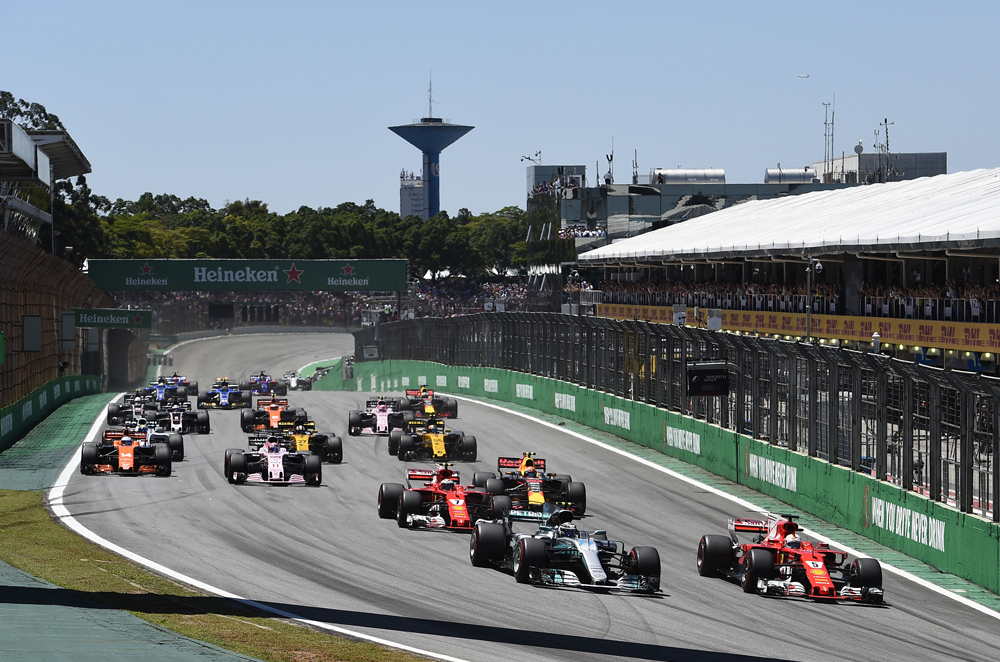 Scuderia-Ferrari’s Sebastian Vettel managed to hold-off his rivals for 71 laps to win the 2017 Formula 1 Brazilian Grand Prix. This marks the 1st win of the Italy-based racing team in Interlagos after 10 years. Mercedes-AMG Petronas driver Valtteri Bottas was sitting pretty in pole-position for the race. But a poor start saw Vettel take the lead before turn 1 and held onto it until the end. Despite several challenges to reclaim the lead, Bottas finished in 2nd place. Meanwhile, Ferrari’s Kimi Raikkonen couldn’t improve his pace and had to settle for 3rd, the same position he started.

Lewis Hamilton of Mercedes-AMG Petronas was the star in Brazil. The Briton started from the pit lane after crashing out during the qualifying session and made his way up the order to finish 4th. For his brilliant driving, he was voted by the fans as ‘driver-of-the-day.’ 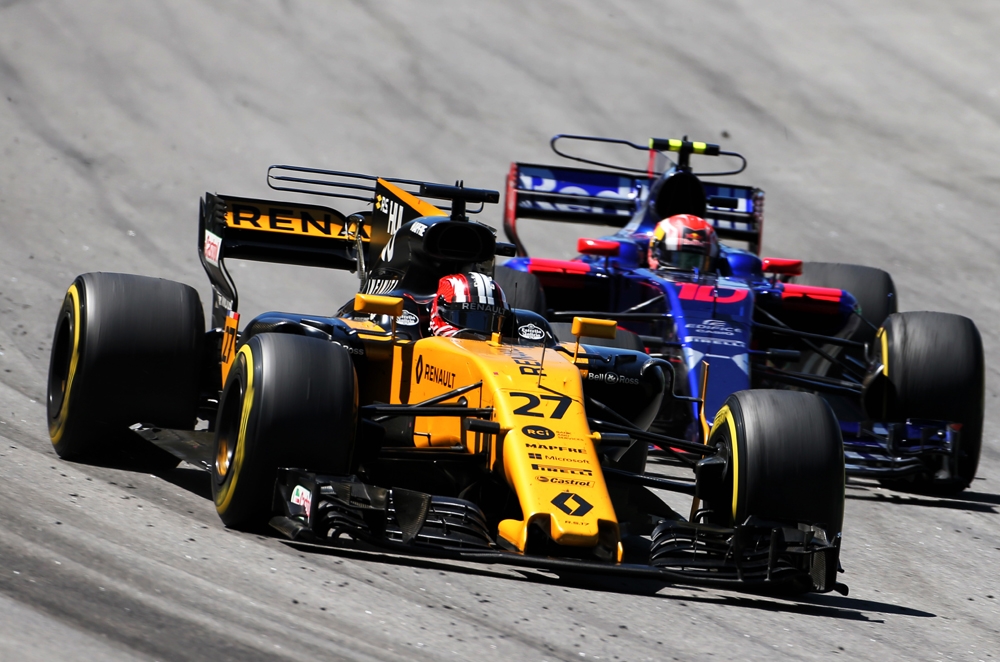 It was a bad day for the Red Bull Racing duo of Max Verstappen and Daniel Ricciardo. Verstappen simply didn’t have the pace to hold on to 4th, while Ricciardo dropped to the end of the field after a collision with McLaren-Honda’s Stoffel Vandoorne and Haas’ Kevin Magnussen on the opening lap. As such, Verstappen finished in 5th while Ricciardo salvaged 6th. Vandoorne and Magnussen, on the other hand, retired due to terminal damage on their cars.

In his final home race, Williams driver and Brazilian Felipe Massa had to fight all the way to the finish line against McLaren-Honda’s Fernando Alonso and Force India’s Sergio Perez. Massa crossed the line in 7th followed by Alonso in 8th and Perez in 9th. Renault’s Nico Hulkenburg completed the top 10 finishers.

Related: Felipe Massa to retire at the end of 2017 F1 season

The other Renault driver Carlos Sainz finished 11th as Toro Rosso’s Pierre Gasly worked his way up to 12th after starting down in 17th. Sauber’s Marcus Ericsson started the race in 19th , but he had a relatively impressive drive as he finished the race in 13th. Ericsson’s teammate, Pascal Wehrlein, followed behind in 14th. Haas’ Romain Grosjean dropped down to 15th after spinning on the opening lap and colliding with Force India’s Esteban Ocon in the process. Ocon retired for the 1st time in his career and ended his record of finishing 27 races in a row due to the damage. Williams’ Lance Stroll saw his tire tear apart in the closing stages of the race, which caused him to finish last. Toro Rosso’s Brendon Hartley joined Vandoorne, Magnussen, and Ocon on the sidelines after his car suffered a technical problem.

The final race of the 2017 Formula 1 season will happen on November 26 at the Yas Marina Circuit in Abu Dhabi. Hopefully, we’ll see another exciting race to end the season.