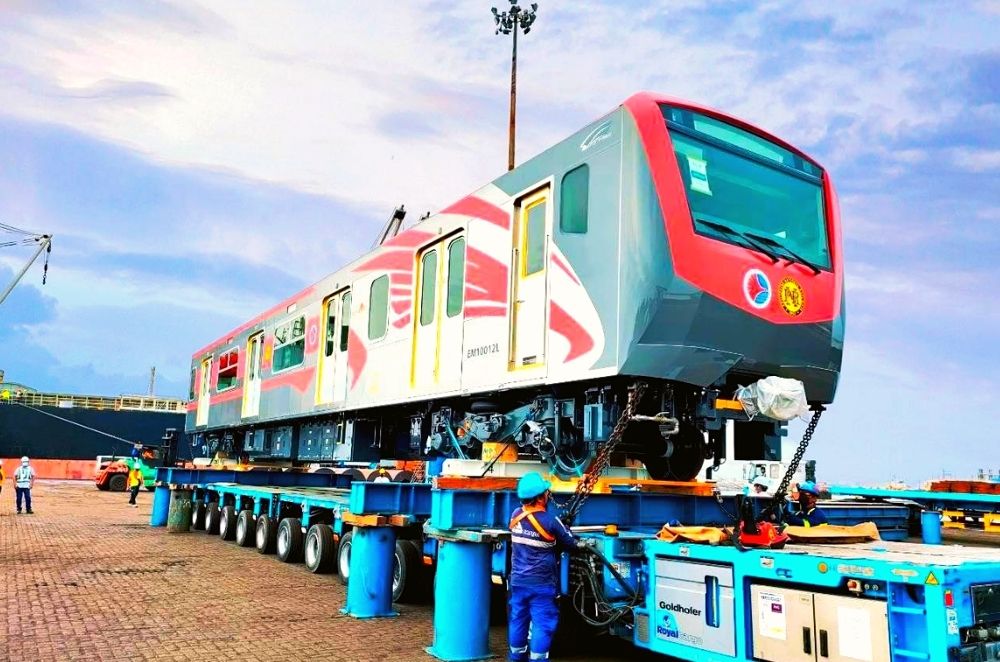 The local transportation industry has received another shot to the arm. On Sunday, the Department of Transportation (DOTr) announced that it received the first trainset for the Clark line of the Philippine National Railway (PNR).

Phase 1 of the PNR Clark project will connect Malolos, Bulacan, and Tutuban in Manila. It will reportedly cut the travel time from Manila to Bulacan to 30 minutes from the current 1 hour and 30 minutes. It could also ease traffic in the northern parts of Metro Manila by reducing vehicle volume, especially in expressways like the Skyway Stage 3 that lead out of the city and into Bulacan. The 8-car trainset arrived in the country on Sunday through the Port of Manila. It originated from Japan, one of the world's leading train makers. The Japan Transport Engineering Company and Sumitomo Corporation are producing a total of 13 trainsets for the PNR Clark line.

With the two companies working together, the project gets trainsets with high-quality design and engineering. In October, the first trainset passed a factory acceptance test before shipping out to the Philippines. While the trainset is now in the country, it won't reach Clark for a while. It will be subjected to customs clearance before being brought to Valenzuela's Malanday Depot in December.

More trainsets are expected to arrive in 2022. Meanwhile, this isn't the only locomotive project to gain steam this year. Last September, the San Miguel Corporation (SMC) led the installation of the first trainset for the Metro Rail Transit Line 7 (MRT-7) project. That trainset was procured from Hyundai Rotem, a leading South-Korean train manufacturer.

The MRT-7 will reportedly welcome passengers by next month, so Filipinos could have another transportation option to use soon. With these latest projects making measurable progress, it's not far-fetched to think that the Philippines could eventually become a hub for train-based transportation.