After having its debut in Thailand last December 2019, the Ford Ranger Wildtrak X made its comeback to the Australian market. Likewise, this special edition model should sit in between the standard Ranger Wildtrak and Ranger Raptor. 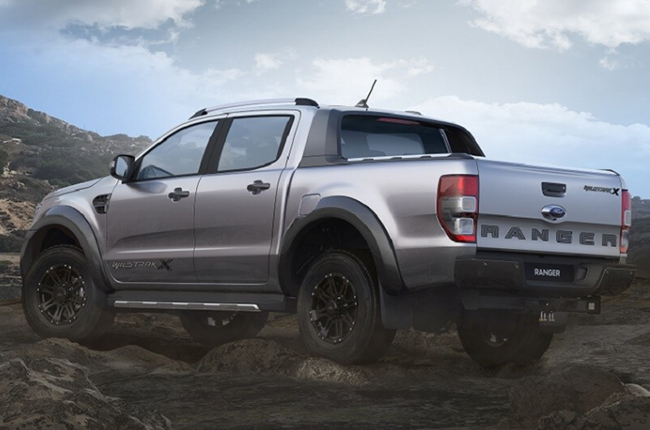 Frankly speaking, it’s a functionally dressed Wildtrak which carries the familiar 2.0-liter Bitubro engine. This special edition pickup does not brag its powerplant, rather the new Ford Ranger Wildtrak X shines in terms of its functional exterior accessories. The X package features a number of rugged reinforcements such as the black fender flares, a snorkel mounted on the A-Pillar, a black nudge bar with LED lighting.

In order to further emphasize its ruggedness, this pickup gets a set of 18-inch matte black alloy wheels with a +35 offset, black fender flares. What’s unique to the Wildtrak X is the new roller shutter that can be activated in several ways, including via the key fob, a dash-mounted switch, or from a button within the Wildtrak X’s tub. The new shutter also gets a new design, giving it an  80mm increase in opening length between the canister and tailgate and an additional 20mm increase in height clearance which should allow better flexibility and greater load.

For further basis, in Thailand context, its converted price in peso currency is quite higher than expected. Then again, upon considering some local factors including the tax incentives of pickup trucks, it is without a doubt that the Wildtrak X will be more affordably priced for the Philippines market, if perhaps the brand will bring it here.

While the Ford Ranger Wildtrak remains a competitive option in its lineup, the Wildtrak X just adds that functional flavor without going straight up to the renowned Ranger Raptor. It does look promising, and we really do hope that Ford Philippines will once again consider expanding the local Ranger lineup with this Wildtrak X.