First in the list to begin construction was the 2,000-square meter FOTON La Union in the Bauang proper. This is the company's first dealer in the Ilocos region, and is expected to open on the Q1 of 2018. It will include parts, service, and sales office, along with the vehicle showroom. The La Union showroom is in partnership with authorized dealer Absolute Advantage Inc. 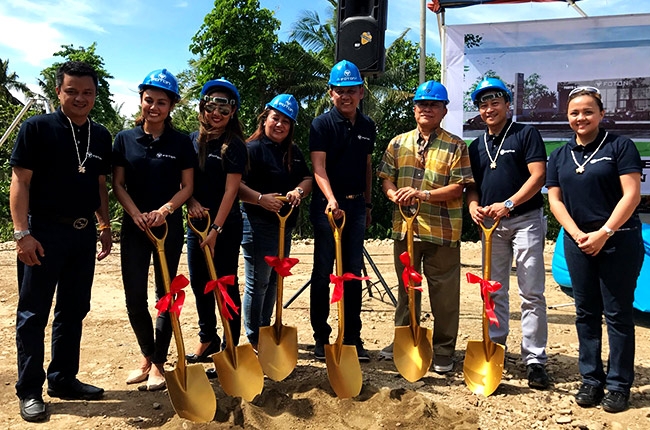 UAAGI, together with SteeringWheel Inc., held another groundbreaking in Puerto Princesa, Palawan, where one of its dealer will be located. FOTON Puerto Princesa principal Michelle Tiotanco expressed the significance of  the brand's industrial lineup in the development of the construction industry. FOTON will further reinforce its dealers in the north with FOTON Cordon in Isabela. Together with its authorized dealer Mahindra Auto Corporation, UAAGI broke the grounds last April 28. Cordon dealer principal Leo San Juan said that the showroom will contribute to the development of the province's agricultural industry – considering that Isabela is known to be the country's largest rice and corn granary. Adding to the company's powerhouse in the south, on the other hand, FOTON Bacoor is now under construction after a successful deal with Alphamile Automotive Dealers Inc. (AADI). The showroom will be planted in Molino, Bacoor in Cavite, and will span to 2,200 square meters. The area will be divided into passenger vehicle and truck display sections. Lastly, FOTON Cainta also began its construction, led by FOTON's authorized dealer Lica Auto Group. This 2,500-square meter dealership will include a vehicle showroom for both passenger vehicles and light duty trucks, as well as for the Gratour fleet.

The first quarter of 2017 showed how exemplary FOTON’s performance is in the market through achieving target sales and garnering continual interest from potential dealer partners,” said FOTON Philippines and UAAGI President Rommel Sytin.

UAAGI President Sytin added that the company would play a big role in the infrastructure industry as he expects for the demand for vehicles used for trading and construction to increase.