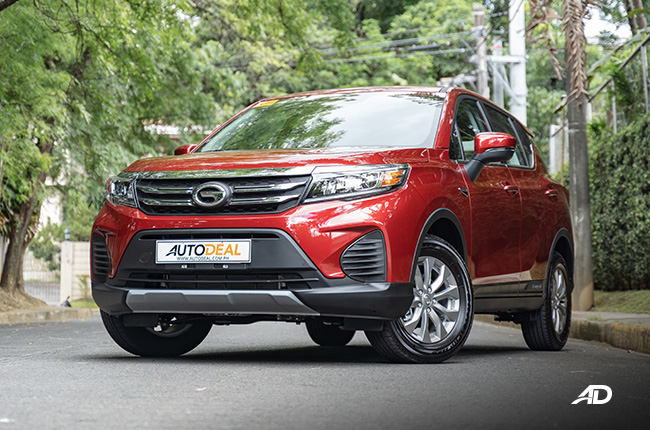 If you’re in the market of small crossovers this year, you’d be spoilt for choice as more players have been entering the market. The latest of which is the GAC GS3 – a subcompact crossover brought into our shores by GAC Motor Philippines.

With two trims and two varying engine options to choose from, along with loads of tech that the crossover comes with, the GS3 is poised to challenge the segment veterans as well as the other new players that entered this year. The GAC GS3 comes in two variants that are mainly distinct from each other through the engine under the hood and features included with the price tag. The base-level GS3 GS is powered by a naturally-aspirated 1.5L gasoline engine that produces 113 hp and 150 Nm torque, while the top-trim level GS3 GE gets its power from a turbocharged 1.3L mill that churns out 136 hp and 202 Nm of twists as early as 1,500 RPM.

The GS3 is only available with a six-speed automatic transmission for both variants. It’s fitted with disc brakes on all fours while the steering is assisted electronically. Size-wise, the GAC GS3 squares up directly against the recently-launched Geely Coolray and the segment veteran, the Ford EcoSport. The GS3 is longer and wider than both while slotting in between in terms of wheelbase length. It has, however, has the biggest trunk space when the rear backrests are upright at 370L.

The GS3 GE and GS differ mainly in front as the former gets LED daytime running lights and fog lights on top of the standard LED taillights and halogen headlights (with manual leveler) on both variants. The GE also gets a bigger set of 18-inch alloys while the GS is relegated to 16 inchers. The GE has power-folding side mirrors and shark fin antenna, as well.

Inside, the GAC GS3 comes standard with a dark interior theme and leatherette-trimmed steering wheel. The GE gets all the bells and whistles as it gets leather seats instead of fabric and automatic climate control with negative ion filter. It also gets A/C vents at the back along with a foldable center armrest with cupholders. 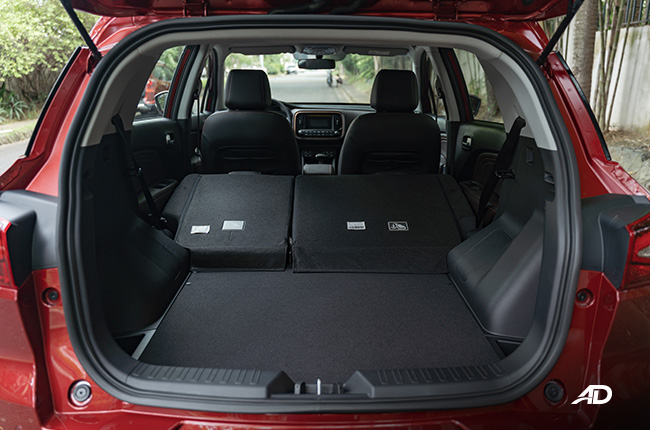 In terms of tech, the GS3 1.3 GE is the only variant to have an 8-inch infotainment system with Bluetooth. This touch-controlled screen doubles as the display for the wide-angle rearview camera system. Other tech inclusions in the GE are six speakers for the music, rear USB ports, cruise control, and keyless entry. The GS3 GS variant gets fewer tech with rear parking sensors and a 2DIN infotainment that plays AM/FM and MP3/WMA on offer.

For safety, it looks like GAC Motor pulled all the stops to fill the GS3 with safety features regardless of the variant. Standard on both GE and GS are dual front airbags, five 3-point seatbelts, stability control, ABS with EBD, traction control, hydraulic brake assist, hill-start assist, hill descent control, ISOFIX child seat tethers, and impact-sensing door unlock. The GS3 gets bonus safety and convenient toys with a tire pressure monitoring system, side airbags, and electronic parking brake with auto hold. 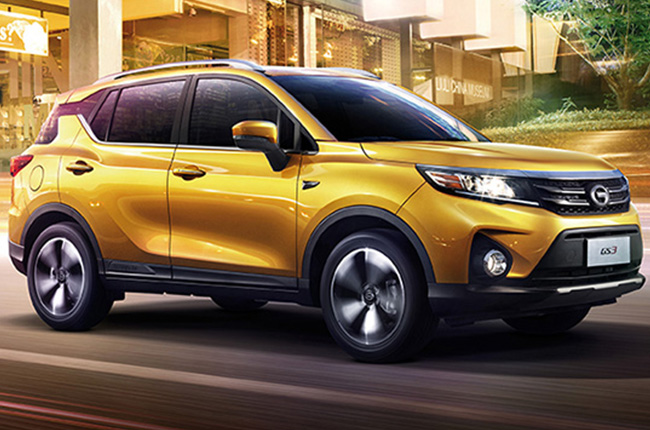 The 2020 GAC GS3’s prices are probably its best trait as it undercuts both mentioned rivals in this category. The top-of-the-line GS3 GE is more affordable than the mid-variant Coolray and range-topping EcoSport Titanium trims. On the other hand, the base GS3 GS is cheaper than any other subcompact crossover out there.