If you recall, Hyundai made quite an impression at this year’s Manila International Auto Show, showing off four new vehicles to the Philippine public. One of them struck our fancy as an interesting competitor in the subcompact crossover market, the Hyundai Kona.

Powered by a 2.0L four-cylinder engine that puts out 147 hp and with 179 Nm of torque together with a six-speed transmission, the Hyundai Kona also features split type LED headlights and a new floating radio display. We also have new information regarding safety and creature comforts. The Kona will have six speakers, cruise control, keyless entry, push button start, and multiple drive modes. On the safety front, the Kona features ABS, a set of airbags (side and curtain), ISOFIX seat anchors. 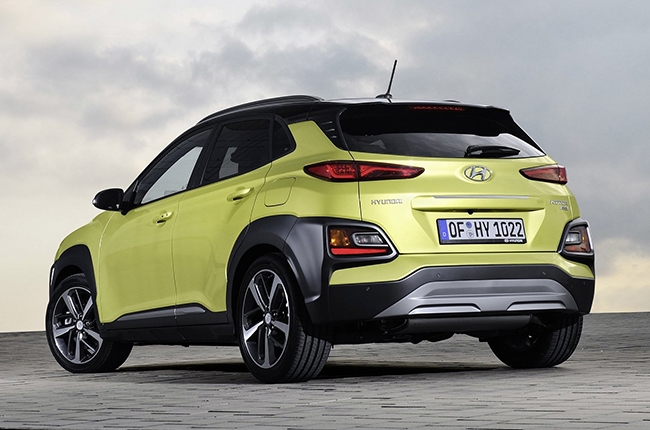 Size-wise, the Kona measures 4165mm long, 1800mm wide and 1550mm tall, with a 2600mm wheelbase and a 170mm ground clearance. This new Santa Fe inspired small crossover won our hearts with its new design, interesting color choices, and dynamic interior. Europe has already been enjoying the Kona since last year, and for 2018, it had been officially announced that the Kona would hit local showrooms very soon.

How soon? Right now, actually. The Hyundai Kona is now officially available in Hyundai dealers and showrooms around the country. That means you can approach your local dealer or check out AutoDeal’s car guide and inquire about the Kona right now. Estimated pricing at the time of our previous news articles were also pretty far off; the Hyundai Kona is available in one variant, and at a price of P1,048,000, way below our estimates of between P1,100,000 and P1,500,000. This means that the Hyundai Kona places itself head-to-head with the Nissan Juke and Ford Ecosport, vying for the hard-earned cash of customers looking for a small crossover to ply our country’s roads. Could the sharp, new design of the Kona catch the eyes of Filipinos? Maybe it’s time for a test drive by clicking that big orange button on this page.