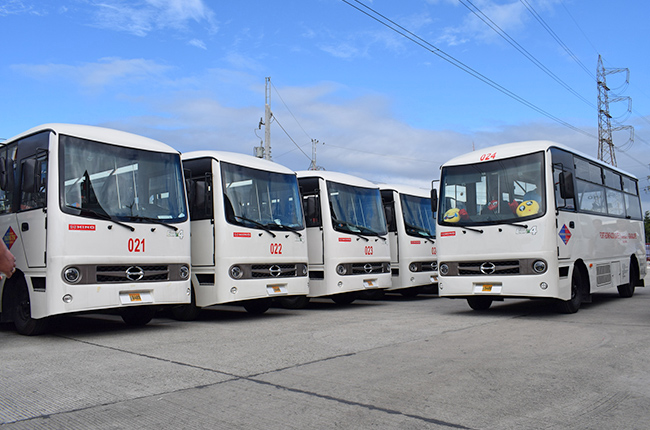 Following the rollout of the first batch, Hino also held its second ceremony for another batch of PUVs comprising of 13 air-conditioned jeepneys to Pateros-Fort Bonifacio TSMC and 20 non-air conditioned units to Taguig TSC. The Euro-4 powered Hino Class 2 resembles the conventional jeepney with side-facing passenger seats that can accommodate 23 people. When all seats are occupied, other passengers can stand inside the vehicle to maximize the space. 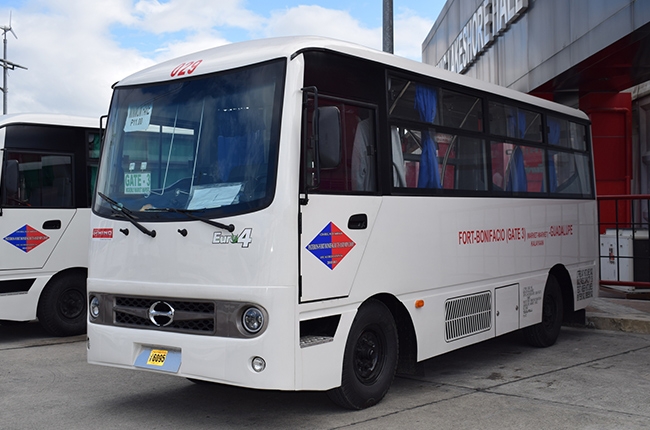 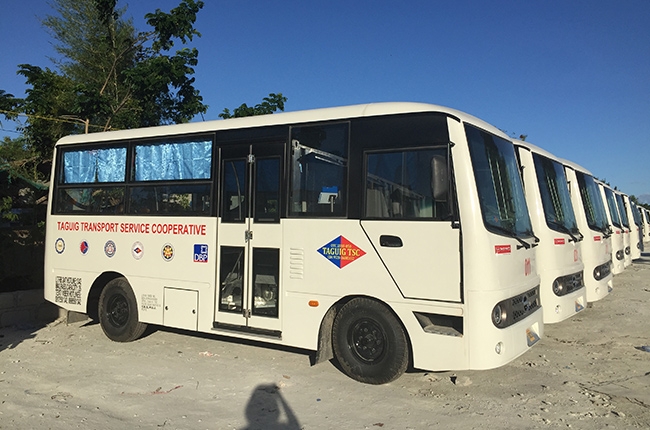 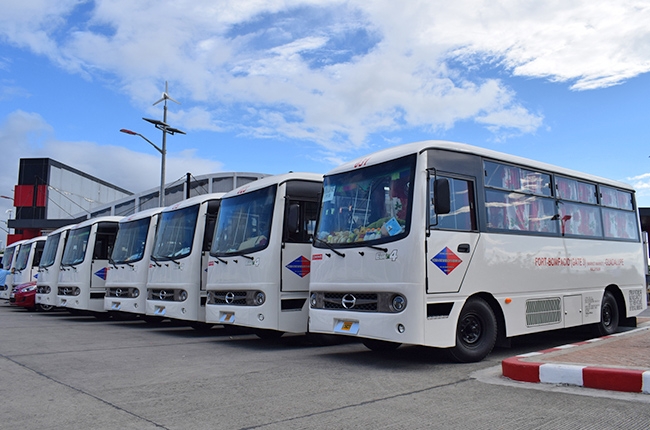 Purposely-built according to the requirements set by the Bureau of Philippine Standards, the Hino jeepneys are equipped with a Beep Card system, speed limiter, GPS, CCVT, and a dashboard camera. However, since it’s still in the initial stages of navigating the roads, these modern vehicles still involve the help of a passenger assistance officer (PAO) in place of the Beep Card system. PAOs collect fares and tell the driver when the passengers are getting off, as well as responsible for collecting fares.

“The country’s transport system is long overdue for a real shakeup,” said Vicente Mills, Chairman of Hino Motors Philippines. The Department of Transportation envisions a structured transport system that involves small, medium and large vehicles plying structured routes. The modern jeepney project is the first of the series of changes that DOTr wants to implement in the next few years. We at Hino hope to continue being a part of this endeavor in line with our mission of ensuring the welfare and safety of the Filipino riding public.”
Vicente Mills
Chairman of Hino Motors Philippines

Highlighting the advantages of the Hino Class 2 vehicles, two jeepney drivers compared it to the performance of old jeepneys, noting that the Hino units give better performance, easier to drive, and more comfortable. What’s also great about owning conforming to the Public Utility Vehicle Modernization Program (PUVMP) is the benefits given to operators such as SSS, PhilHealth, and accident insurance.

This huge development in transportation is a response to the current government’s PUVMP. We know this modernization program will take quite some time to complete, but small progress is still progress, yes? Yes.