Honda Cars Philippines, Inc. (HCPI) has finally launched its replacement to the Jazz, the Honda City Hatchback. Based on the popular Honda City Sedan, the Hatchback features only one variant and is the most expensive City in the Honda lineup, and is the most premium hatchback in the lineup at the time of its launch. 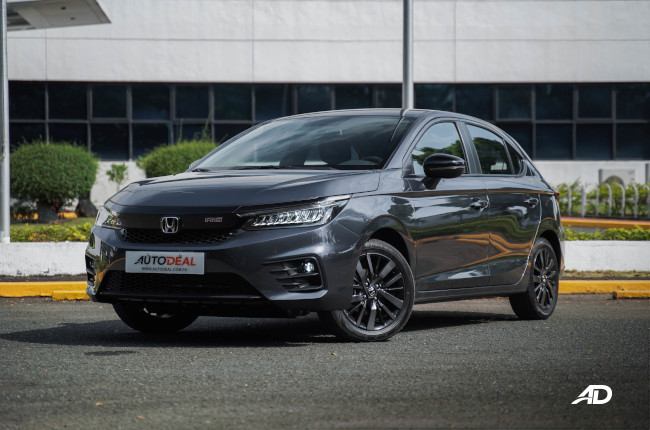 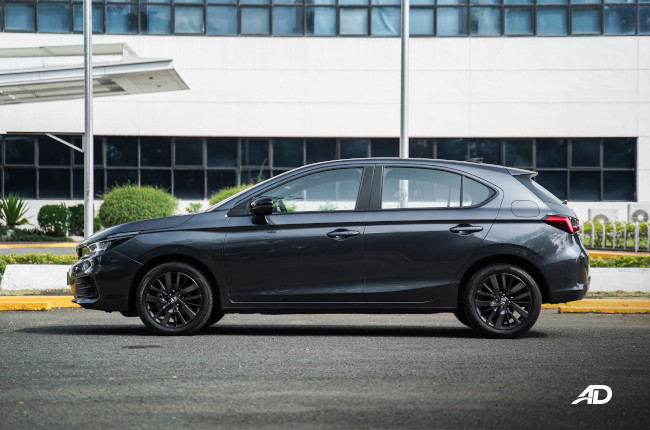 The hatch features the same attractive front fascia as the top-of-the-line Honda City RS sedan. This means that the car gets LED headlights, fog lamps, and DRLs. The lamps are flank a glossy black grille with Honda’s famous RS badge. The hood is more elongated compared to the Jazz, and the overall look in the front is reminiscent of the Honda Accord, and it even bears some resemblance to the teased 2022 Honda Civic. 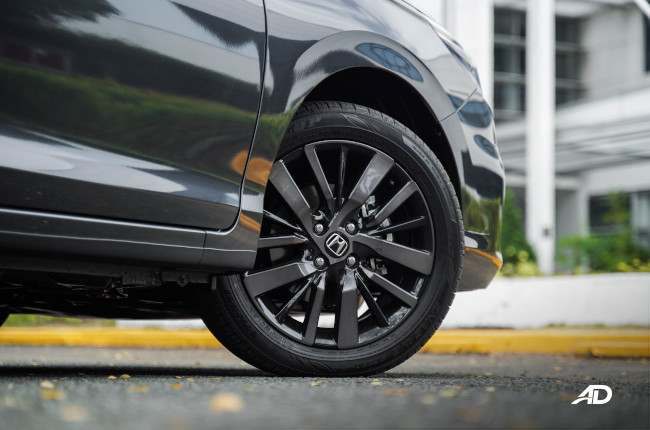 The side profile of the City is largely the same in the front, with the key differences being with the rear quarter and the wheels. Instead of the two-tone 16-inch set that the Honda City RS Sedan gets. The City Hatchback gets a set of dark-colored monotone aluminum alloy wheels that differentiate it well. The rear quarter of the car is obviously different from the sedan, with a nice and steep C-pillar that slopes down to form the hatchback. The City Hatchback is overall shorter than the sedan, sporting a length of 4,345 mm, which is over 200 mm shorter than the sedan, which comes at a length of 4,553 mm. 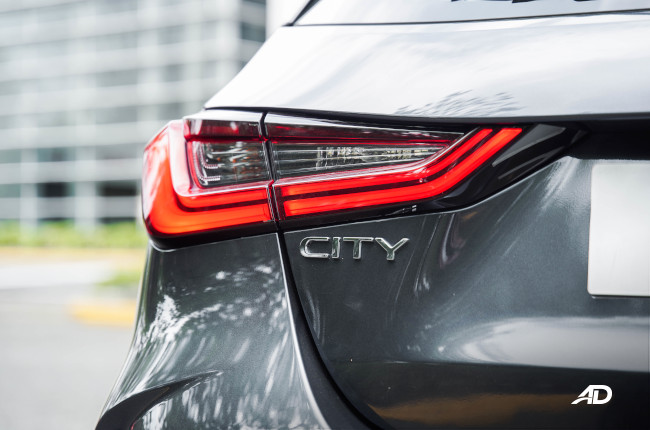 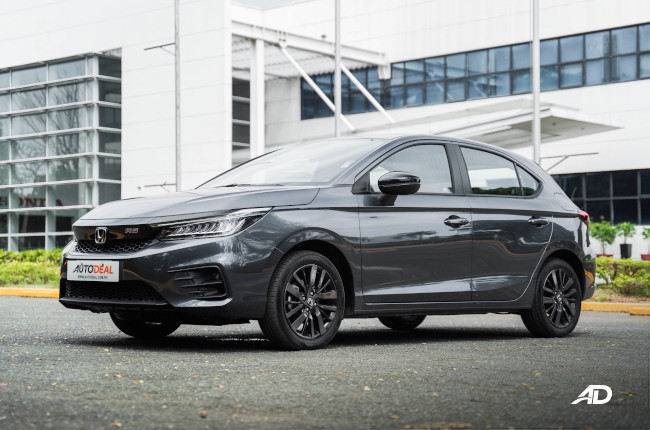 The rear is also home to a few major changes over the sedan. For starters, the taillights are similar but slimmer. The rear has a few more cuts and details that really set it apart from the sedan. The rear diffuser is much larger than the one found on the sedan, and it also has a spoiler to add to the exterior design of the hatchback. Overall, it looks mature, and has a few semblances to a wagon with the elongated hood. 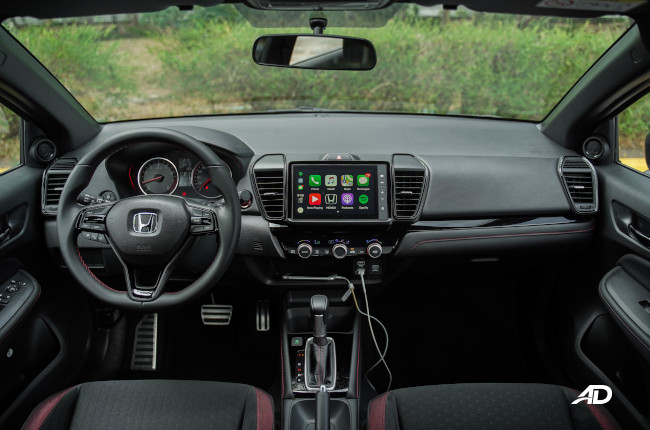 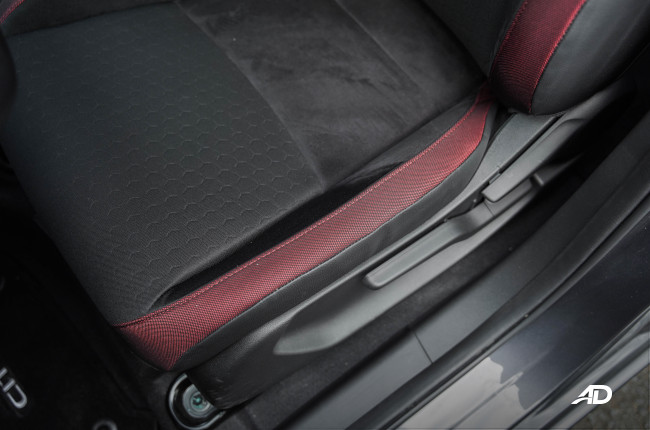 Similar to the sedan, the City Hatchback features the same combination cloth, suede, and leather seats with red accents applied all over the cabin. However, Honda has taken more liberty with the red accent color, putting bright red cloth panels on the side bolters. The dashboard is lifted straight from the sedan, as are the trimmings and the front seats. The main difference, however, comes with the rear seating and the cargo area of the vehicle. Honda’s famous magic seats make an appearance in the City Hatchback, which is a call back to the Honda Jazz that preceded it. 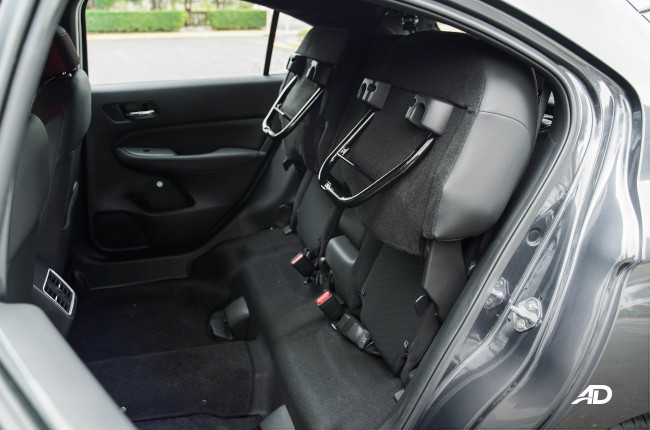 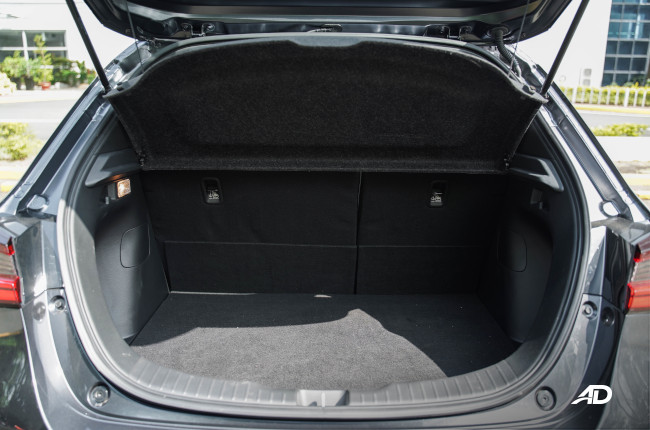 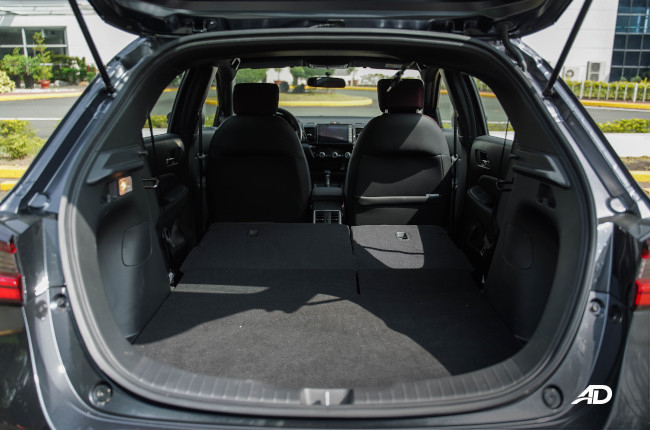 The magic seats allow for more vertical space or more horizontal space depending on whether the seats are folded up or flat. The rear cargo door is also wide and accommodating, opening it up reveals a sizeable 289 L of space, and folding the rear seats allow for up to 841 L. Similarities between the RS sedan and the hatchback continue as the 8-inch touch screen infotainment system makes another appearance. Equipped with Apple CarPlay and Android Auto, the City Hatch is well equipped for modern smartphone connectivity. A rear-view camera also comes standard and automatic climate control is also available and controllable through the rotary knobs found below the touchscreen. Other features include cruise control and a push start system with keyless entry.

Safety-wise, the City Hatchback comes with driver, front passenger, curtain, and side airbags. Like the sedan, it’s built on Honda’s G-CON platform which nets better crash safety should the event arise. To keep the car on the road, Honda has also equipped the City Hatchback with vehicle stability control, hill start assist, ABS with EBD, and emergency stop signal. Other features include, power door locks with speed-sensing with auto-lock, a child lock protection system, ISOFIX child seat anchors, a knee bolster for the driver, and a security alarm with an immobilizer system. 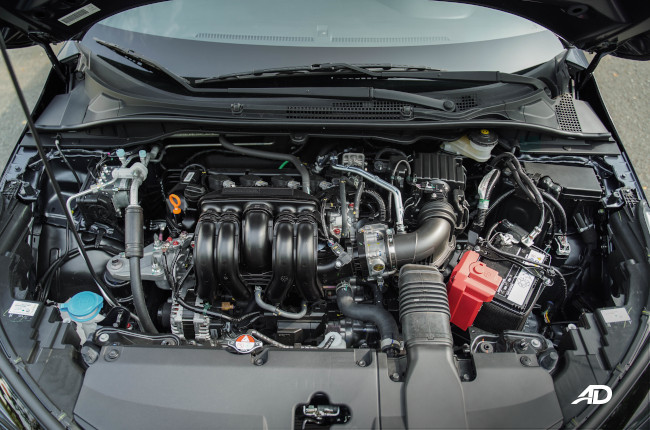 The same 1.5-liter DOHC 4-cylinder motor from the sedan is used in the hatchback. This engine produces 119 hp and 145 Nm of torque and is mated to a continuously variable transmission (CVT) with up to 7 simulated gears that are controlled by paddle shifters. The vehicle is also front-wheel drive and features a good amount of power and torque throughout the rev range. The Honda City Hatchback RS can be had for P1,115,000, with the Platinum White Pearl option going for P20,000 more. As for the price difference between the Honda City sedan, the Hatch will set you back a P57,000 premium. Historically speaking, this is not far off from the pricing difference of the City and Jazz, and hatchbacks are naturally more expensive than their sedan counterparts. The biggest reason to get the City Hatchback over the sedan, however, is the extra amount of flexibility that you will get with the hatchback, and the added style that it merits. Not to say that the sedan version isn’t a looker in its own right though.

If you prefer a hatchback over a sedan, make sure to use our ‘Buy Online’ feature with the Honda City Hatchback to reserve a unit online. 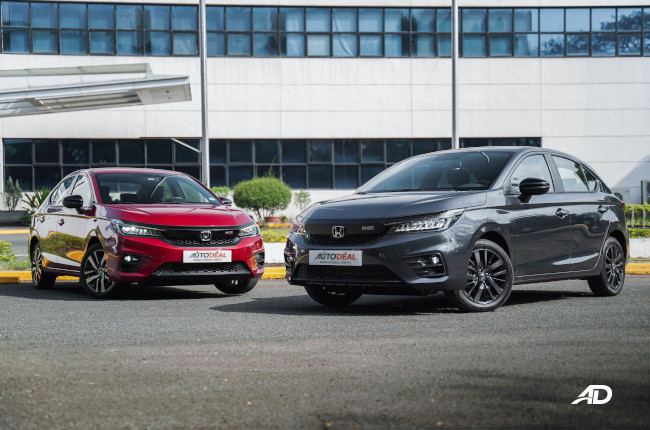 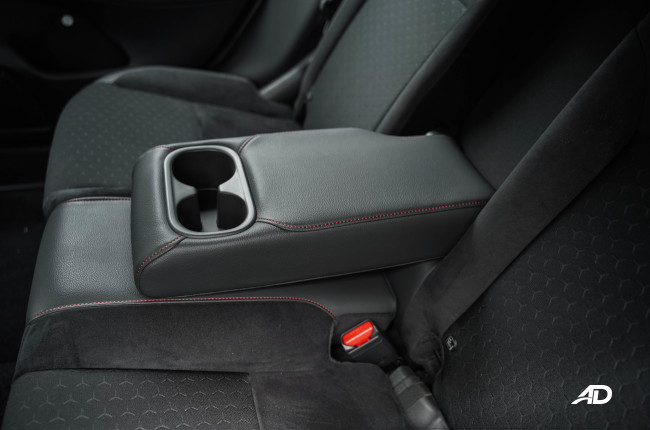 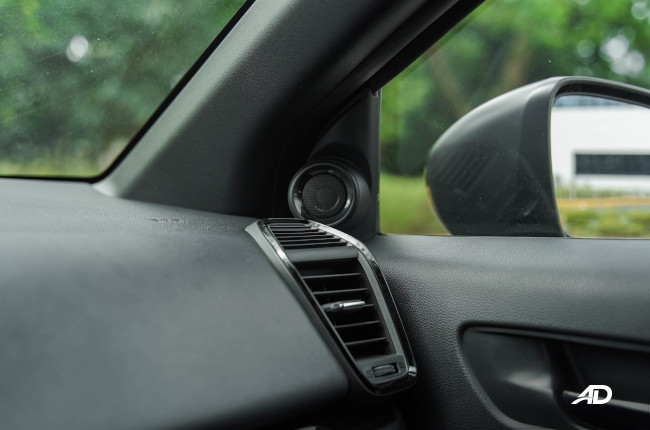 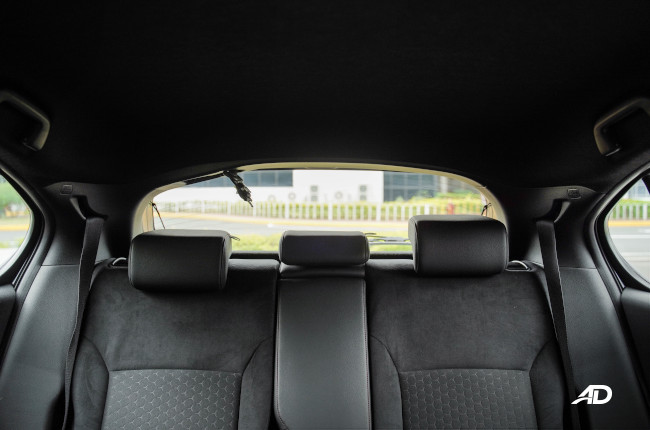