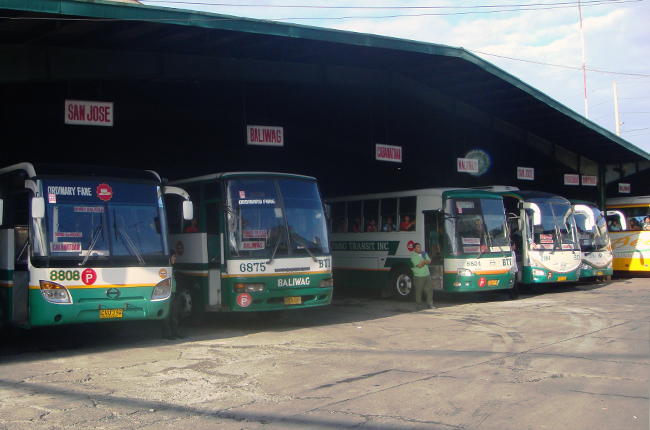 In an effort to improve the traffic condition along major roads in Metro Manila, the Inter-Agency Council on Traffic (I-ACT) will strictly implement the Nose-in, Nose-out policy for provincial bus terminals along EDSA.

According to the Metropolitan Manila Development Authority (MMDA) Resolution 16-06, Series of 2016, there should be no queuing of buses along with provincial terminals at any time. Furthermore, the resolution states that private and public utility vehicles are prohibited from loading or unloading passengers and cargo in front of provincial terminals.

A dry run will be held by members of I-ACT today (December 14, 2016) to remind provincial bus operators of the long-existing regulation. The Nose-in, Nose-out policy will officially begin tomorrow (December 15, 2016).

MMDA General Manager Tim Orbos said that bus operators and owners should designate loading/unloading bays within their terminal or streets outside of EDSA. Moreover, Orbos suggested that they should employ more porters and conductors, and improve the ticketing system to help ease the flow of traffic along EDSA.

In addition, the resolution prohibits provincial buses from taking the following routes from Mondays to Fridays, 6:00 am to 10:00 am: EDSA-Timog Avenue, Quezon City to EDSA – P.Tuazon Blvd., and Quezon City Southbound. Buses must take alternate routes identified by the Land Transportation Franchising and Regulatory Board (LTFRB).

Orbos also reminded operators of provincial buses that the Unified Vehicular Volume Reduction Program (UVVRP), a.k.a number coding,  remains in effect along EDSA. However, this will be lifted on December 22, 23, 29, as well as January 2, 2017 from 1 p.m. onwards. MMDA will be lifting the UVVRP due to the anticipated Holiday season “exodus” of Metro Manila residents who will travel to their respective provinces.