The 2020 Seltos its current centerpiece of the Kia Philippines lineup, and rightfully so. It’s a small crossover that presents great value for money on paper, packaged in a good-looking exterior design.

Now, hands down, the Seltos looks really great in my eyes and quite frankly, I can’t be more excited to test one out myself. However, one of our writers was able to have a go at it, albeit short, and the verdict was underwhelming in terms of performance. Why? Because of the Intelligent Variable Transmission (IVT) or Kia’s version of CVT – something that made it different from its twin, the Hyundai Kona. 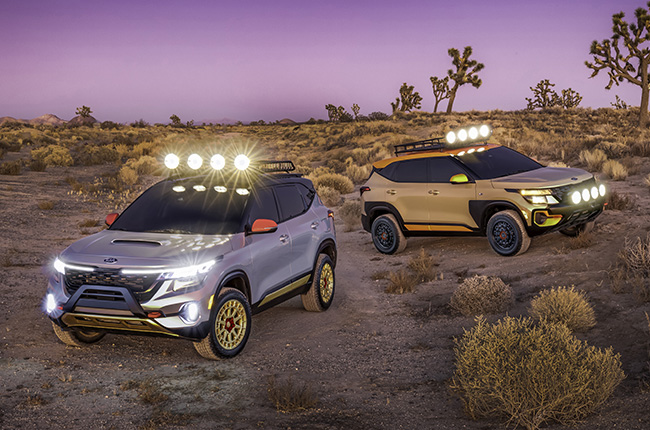 Presented side by side with their normal counterparts at the 2019 Los Angeles Auto Show, the Seltos X-Line Trail Attack Concept and Seltos X-Line Urban Concept is Kia’s way of saying that these small crossovers can do more. More importantly, it’s a way of letting us know that these aren’t your typical Philippine-spec Seltos.

By looks alone, they’re like a different breed of animal. Capability-wise, however, these concepts offer a whole lot more. All-wheel-drive powertrain, central differential lock, and a 7-speed dual-clutch transmission – things that aren’t available locally and are present on the Seltos X-Line concepts. Even better, the Seltos X-Line concepts have an increased ground clearance, a set of off-roading tires, and Hella auxiliary lights to complete the gnarly look. 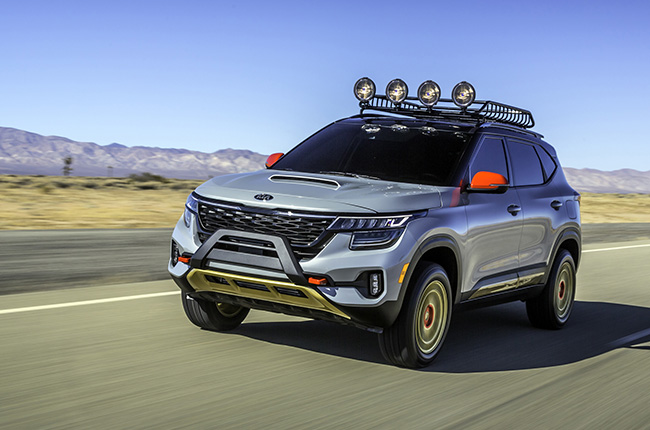 On that note, should Kia Philippines consider bringing these concepts here? Probably, but I think it would be a stretch. Adding AWD, differential lock, and DCT will certainly inflate the Seltos’ price tag, which is something that Filipinos always consider. At P1,498,000 for the top SX variant, discerning car buyers would argue that there are other bigger and more capable SUVs out there with the same price tag, more so if you increase that number further with the mentioned upgrades.

But then again, we’ll never know. Maybe Kia PH has something up its sleeve for next year.