The current generation of the Toyota Land Cruiser Prado has been on sale in the market for about 11 years now. This makes the nameplate long overdue for a new model or at least a major update. Reports have stated that the Toyota SUV will be updated sometime this year and will be getting an even more powerful turbo diesel motor. 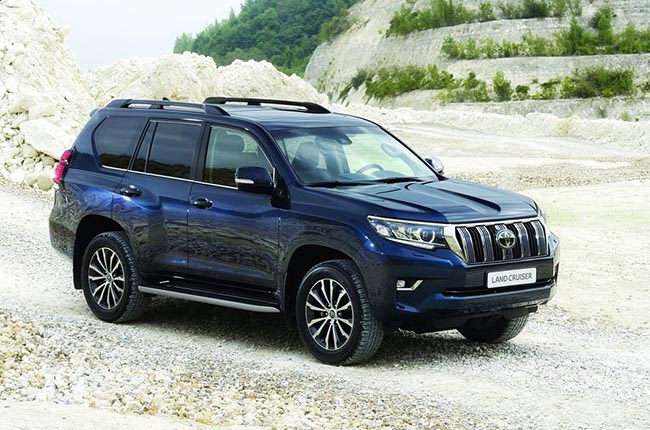 According to a Japanese website called Creative311.com, it states that the Prado will also be getting other updates as well in terms of its hardware. Aside from the more powerful engine, the website states that safety features will also be upgraded and will most likely come with the Japanese brand’s Toyota Safety Sense 2.0. With the safety suite upgrades it will give the vehicle lane keep assist, pedestrian detection, pre-collision system, and emergency braking just to name a few. These additions will further extend its lifespan of the SUV and will keep it up to date with its rivals. The Japanese SUV will also be getting a new infotainment system as well that will come with Android Auto and Apple CarPlay. The report, however, does not state if the exterior of the Land Cruiser Prado will be changed as the vehicle is updated.

As for the new engine of the SUV, there are no official reports yet as to what it will be. However, a likely scenario is that the Land Cruiser Prado will likely get the uprated 2.8-liter turbodiesel that is found on the facelifted Toyota Fortuner and Toyota Hilux. This means that the Prado will now have 201hp and 500 Nm of torque. The transmission for the vehicle will likely be a 6-speed automatic. It is important to note that the local version of the Toyota Land Cruiser Prado still uses the 3.0-liter D4-D motor that was once found on the first and second generations of the Toyota Fortuner. The older motor produced 160hp and 410 Nm of torque. With the new uprated 2.8-liter under the hood, this could significantly boost the power of the Prado by 41hp and by 90 Nm of torque.

The exact date as to when the new and improved Land Cruiser Prado is still unknown, however, the report states that it will make its debut in Japan in August or September this year. With that in mind, it may take some time for Toyota Philippines to bring in the new model into the country. We expect the updated Prado to hit the local automotive market sometime in late 2021.