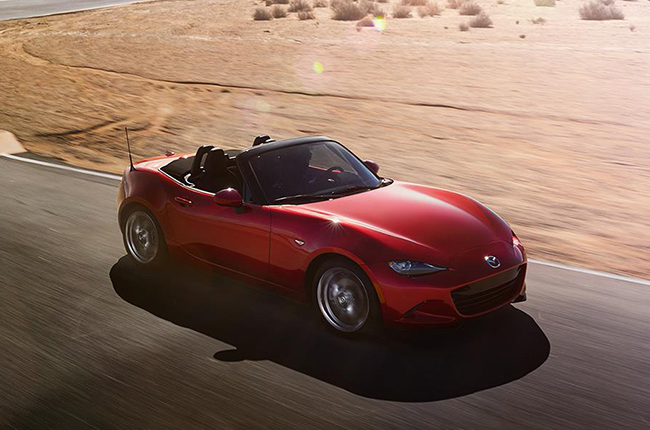 It’s no secret that Mazda has increased its product quality this decade. Well, the company’s hard work has paid off as Japanese carmaker snatched the third spot in Consumer Reports’ car brand ranking and is now going head-to-head against Toyota and Lexus. The data in the said report is testified by the vehicle owners themselves, which then determined the brand ranking of different automakers around the world.

Related: Mazda promos in the Philippines you could avail today

The Consumer Reports’ latest ranking shows that Mazda has made a huge leap of nine spots from its previous standing, making the Japanese marque the most-improved nameplate among all brands. According to the report, the CX-9 crossover and two-seater MX-5 had mainly contributed to the improvement of the brand ranking.

Aside from Mazda, another Japanese brand got an exemplary response. Subaru has climbed two levels up in the ranking chart, while BMW and Audi both slid down by three positions each. This quality ranking is the result of over 500,000 surveys from the vehicle owners in the United States.

This improvement in product quality made a huge impact in the automotive industry, globally. In the country, Mazda Philippines has been refreshing and launching new vehicles in the country to strengthen its lineup in the competitive automotive scene.

The Japanese car brand also participated at the 7th Philippine International Motor Show (PIMS 2018) last October, where the company highlighted its new rosters. Displayed in the event is the refreshed Mazda6, which now brags a more appealing look, an upgraded dynamic handling, and an even quieter and smoother riding feel. This good-looking sedan can be driven by either a 2.2L SkyActiv-D engine or a 2.6L SkyActiv-G gasoline engine. Mazda PH also introduced the 2019 CX-9 Signature Edition, as well as the now more powerful roadster, the 2019 MX-5.