Kia India has officially launched the all-new Kia Sonet. This small crossover which is based on the Hyundai Venue will be the latest addition to the South Korean automaker’s Indian lineup. The new crossover will be slotting under its bigger brother the Kia Seltos in terms of size and market position. This is the brand’s second vehicle that will be made for the Indian market which will also be made in the country. Kia has also stated during its launch that after the vehicle officially goes on sale in India it will then be sold to other neighboring markets in the area. 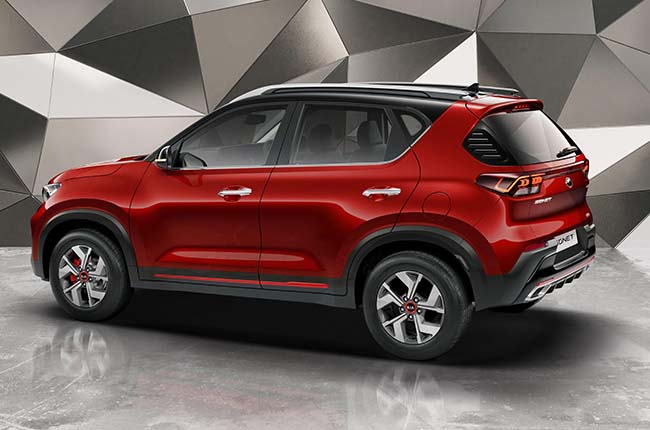 The all-new Kia Sonet comes with the automaker’s signature design which is the Tiger Nose grille at the front. It comes equipped with LED daytime running lights at the front along with LED headlights to complete the set. Lighting equipment may change depending on the variant, but one thing is for sure the GT Line will definitely come with LEDs. At the rear, the Sonet comes with a similar design to its other stablemate the Kia Sportage, with LED tail lights with creases across the rear giving it an athletic look. 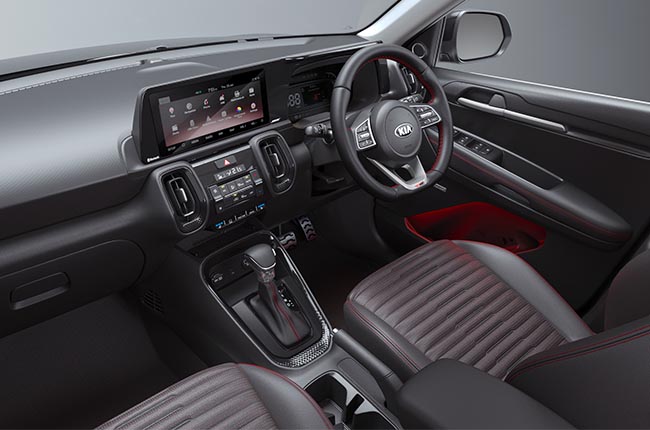 On the inside, the Kia Sonet comes with a boxy dashboard design that comes with a large 10.25-inch infotainment system in the middle. It also comes with large rectangular vents and seat coolers which were designed to cool off the occupants during hot Indian summers. To add to this the vehicle also now comes with a smart virus protection air purifier which is a great addition to the vehicle, especially during these concerning times. The all-new crossover will also feature a 7-speaker sound system along with infotainment features that let you control certain features of the vehicle from your smartphone or smartwatch. 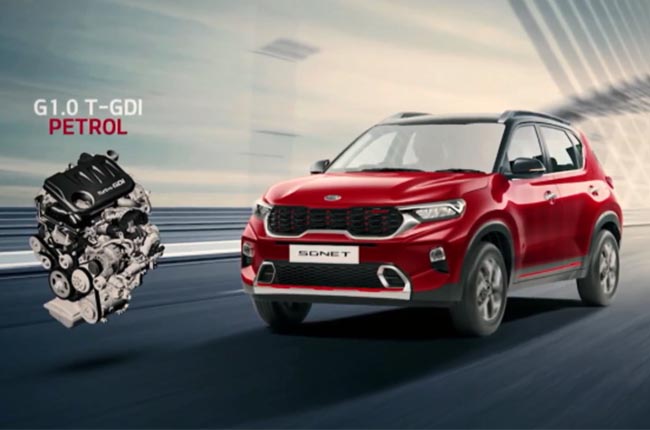 Power figures were not disclosed during the launch of the Kia Sonet, however, the South Korean automaker did reveal the engine options. For starters, the all-new crossover can be had with either a 1.2-liter naturally aspirated gasoline engine or a 1.0-lite turbocharged gasoline motor. Kia has also revealed that it will be coming with a 1.5-liter diesel engine as another power plant option. Transmission options for the all-new Sonet include the following: a 5-speed manual, a 6-speed manual, a 6-speed automatic for the diesel variant, and a 7-speed DCT option. Kia is also offering the all-new Indian crossover with its new Intelligent Manual Transmission that comes with ‘clutch by wire’ technology making it easier for the user to drive the vehicle.

There is no official word yet on the official Indian pricing of the vehicle, however, with its position below the Seltos it will surely be priced competitively. Kia Philippines has yet to release an official statement with regards to it bringing in the all-new Sonet into the country. However, judging by its specs along it could make for an interesting addition to the local model lineup.