The new Volkswagen Tiguan makes its world premiere. With over 910,000 units produced in 2019, the model was the most popular car for that year in the Volkswagen Group’s lineup. Over the model’s lifetime, more than 6,000,000 units have been produced, which warranted this comprehensive update to the beloved compact crossover from the German brand. 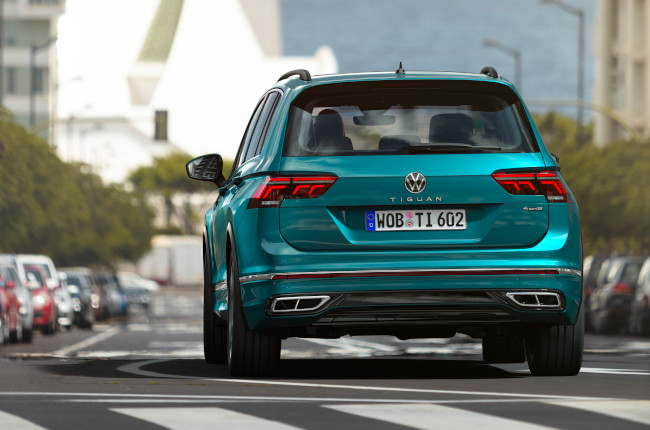 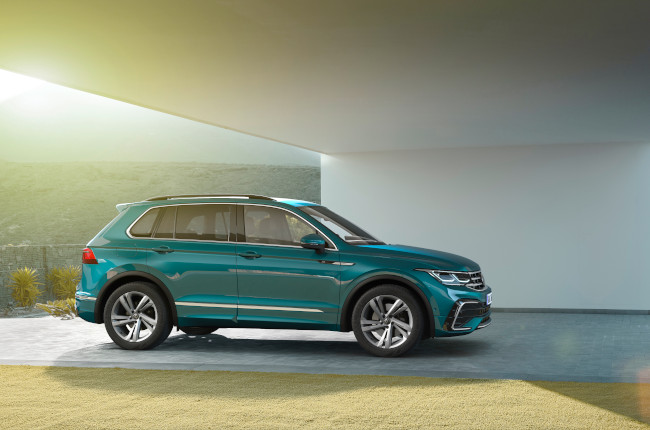 A completely new front end greets you with a new grille, angular LED headlights, and an eye-catching front fascia that takes inspiration from the larger inclusions in Volkswagen’s lineup. You can find some design cues from the European Volkswagen Atlas Cross Sport and Touareg. The headlights are also more in keeping with the current design language that VW employs, and features a stunning set of DRLs to go along with the lighting array.

The rear of the crossover features a few styling cues from the VW group’s more upscale brand, Audi. A plethora of sharp angles and stylish lines carry on from the front all the way to the rear. Volkswagen has also opted to fit exhaust finishers that give the design some flair. The new Tiguan will also feature an AWD system, and VW has noted in their release that the 4Motion badge is redesigned. Also on the spec sheet is a power liftgate that will be available on the midrange models, while an entirely new wheel design makes an appearance on the new model. 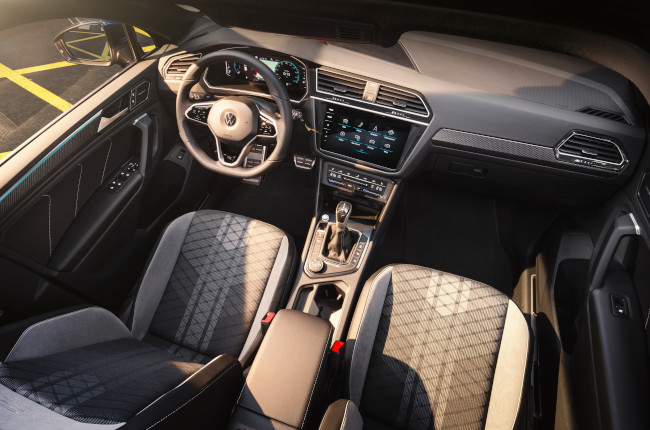 The new dashboard now features redesigned elements that are an evolution of VW’s classic and sensible styling. There is a new pattern used for the upholstery, along with an all-digital gauge cluster. Depending on the trim level, the infotainment system can come in either an 8-inch or 10.25-inch size. Ambient lighting will also be a feature depending on the variant chosen and can be customized from the infotainment system.

A multifunction steering wheel comes with the new crossover. Touch-sensitive buttons populate the spokes. The same treatment was given to the Climatronic automatic climate control panel with sliders and touch islands granting control to the user. Other touchpoints can be interacted with for the other features such as the defroster and heated seats among other features. 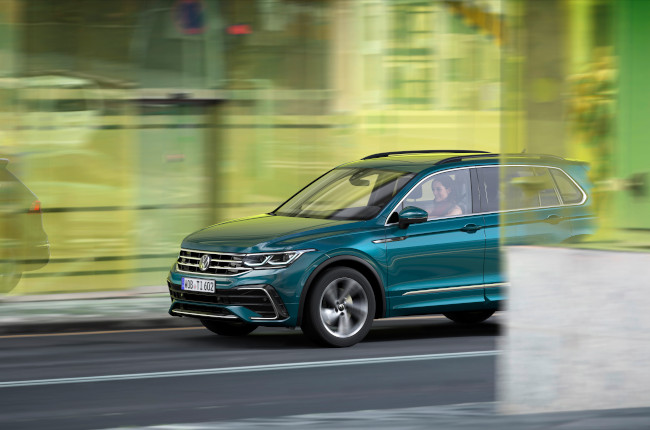 The engine that the VW group chose to go with the new Tiguan is the EA888 turbocharged 4-cylinder engine with about 2.0-liters of displacement. Power figures stand at 184 hp and 300 Nm of torque mated to an 8-speed automatic transmission. It is likely that the Tiguan could also come with a smaller engine option when the model becomes available in other markets.

As for the other European powertrains, the Tiguan R will include a 315 hp-capable motor which will be called the Tiguan R. There will also be a plug-in hybrid variant capable of 242 hp. 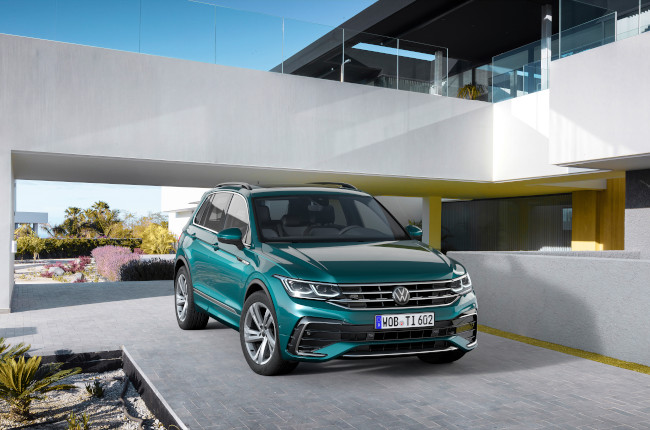 An assisted driving system is available for the Tiguan with VW’s technology called Travel Assist. The system can take over steering, braking, and acceleration. Adaptive cruise control is also a part of this package along with a lane-keep assist. The model will first make its debut in Europe. The short wheelbase version will be launched first. In the United States, we may see the new model arrive in the third quarter of 2021 as a 2022 model year with a long-wheelbase version. For the Philippines, no announcement has been made yet as to the slated launch date for the new Tiguan.