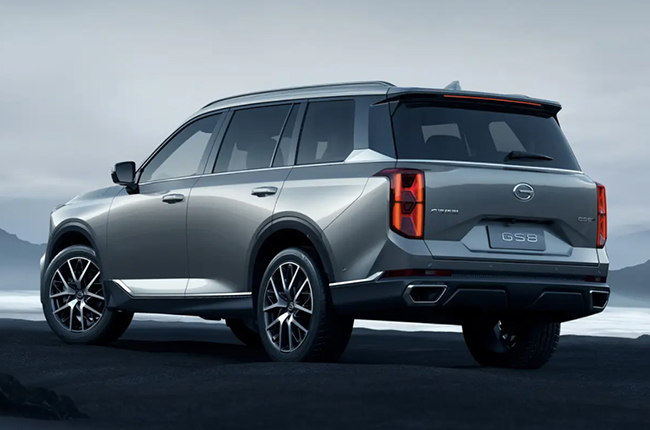 The new GAC GS8 is the result of the Chinese automaker’s partnership with Toyota, with the midsize SUV adapting Japanese marque's tried and tested hybrid powertrain. Unlike the Toyota Land Cruiser 300 and the Prado, the GS8 is designed for softer on-road duties given that it has a unibody architecture. For starters, the GS8 sits on the GPMA platform. Its partnership with the Japanese automaker has allowed the midsize crossover to adopt the Toyota Hybrid System (THS). Like most hybrid vehicles, GAC’s latest crossover is powered by a gasoline engine up front and an electric motor at the rear axle. It does come with all-wheel drive, however, it was mentioned that the new model won’t be a hardcore off-roader like the Land Cruise 300 and Prado, rather, it should be more suitable on well-paved city roads.

Exterior-wise, the GAC GS8 has stepped up in terms of design. From every angle, the midsize crossover has matured and looks sleeker than before. Part of the package is a redone fascia that gets a pair of newly shaped headlights which presumably houses LED projectors. Its lighting system is then connected by a shiny black material, apart from that, it also comes with a different grille that features a new pattern.

The application of black cladding also continues over to the side further reminding you that this is a crossover. Its side mirrors still get blinkers, other notable design cues include the two-tone alloy wheels, silver-painted roof rails, and its floating roofline which was made possible through its blacked-out D-pillar. Lastly, the rear gets a new bumper, tailpipes, and a pair of LED taillights.

Going through the power figures, its 2.0-liter gasoline engine puts out 190 hp, while the rear electric motor puts out an additional 54 hp. No official dimensions were provided just yet, though, it could share some close numbers with the outgoing model. Plus, the 7-seat configuration will also be retained, allowing it to compete with other midsize crossovers in the market like the Hyundai Santa Fe, Kia Sorento, and many more.

With the new model already unveiled in China, perhaps, GAC Philippines could bring this model anytime soon. In fact, during the media roundtable with the brand, executives did affirm that the new GS8 will be coming in the third quarter of 2022. That said, we’re definitely crossing our fingers on this.