The Nissan Terra made its way to the Philippine market back in May 2018, receiving much love from Filipinos given its capable engine, comfortable ride, and spacious interior. The current model is now in its second year and it’s definitely thriving up until now. With its competitors going through a series of updates, Nissan doesn’t want to get left behind, therefore, the brand is set to release a new Terra that should feature an updated exterior and redone interior.

Related: The 2021 Nissan Navara has made its debut

Now apart from the Nissan NEXT teaser giving a glimpse of the updated model, some patent images were released by an Instagram account named ber.kendara. The following photos showcase the probable updates of the midsize SUV. As shown in the image above, the new Nissan Terra will get a new face which is somewhat reminiscent of the Kicks, not entirely duplicated but the overall layout does show some key resemblance. Now, part of the updated package is the newly designed wheels that match the refreshed looks of the midsize SUV. As for the rear, the bumpers appear to be the same, however, the taillights remain unexposed, perhaps Nissan will also feature a new design for this as well. 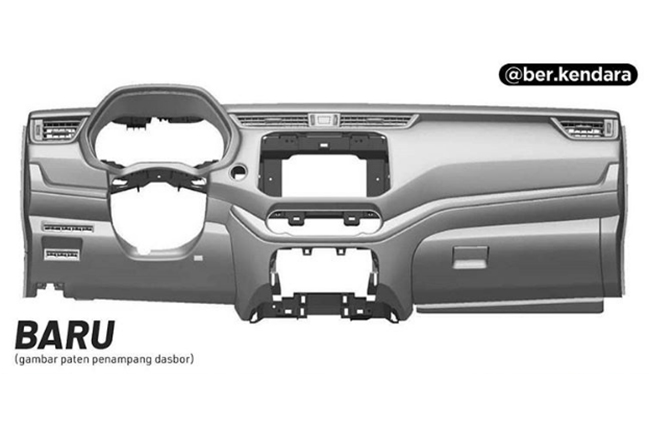 Unlike most facelifted models, the Terra might also get extensive design updates on its dashboard which should seemingly create a more distinctive profile between its pickup sibling, the Navara. Both might have shared a number of commonalities, however, it should be nice to see both models having a bit of contrast.

As for the engine, there is no official word yet. However, since this is a refreshed model, the Terra might still get its tried and tested 2.5-liter engine. Though, who knows? Nissan Philippines might consider bringing in the 2.3-liter biturbo diesel engine, which has long been available for the Terra in other markets. The launch date has not been disclosed just yet, perhaps, we'll see this new model early next year if the odds are in favor.