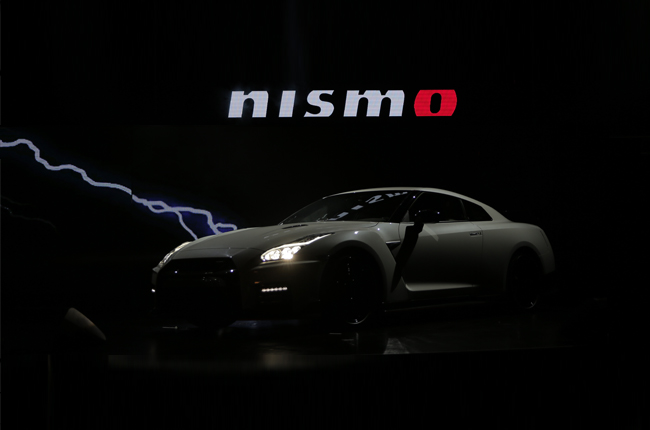 Along with the recent launch of 4 new models, Nissan Philippines Inc. (NPI) brought in its motorsport division called NISMO. The announcement featured the surprise unveiling of the GT-R NISMO.

Nissan Motorsports (NISMO) was established in 1984 with the goal of delivering credible results in automotive competition, such as the prestigious Nürburgring 24 hour endurance race. NISMO raced against elite teams from the likes of Toyota Gazoo Racing (TGR), Subaru Tecnica International (STI), and Honda’s Mugen Motorsports.

Today, it stands as Nissan’s performance brand that brings innovation and excitement to its customers as seen in the GT-R NISMO.

We believe that the introduction of the NISMO brand into our shores is a testament to the strength of Nissan in the Philippines, making it at par with larger global markets. We are also excited to have the pinnacle of Nissan motorsports technology - the GT-R NISMO - as the first vehicle in the market to carry the NISMO name.
Ramesh Narasimhan
NPI President and Managing Director

Available at the Nissan High Performance Center in Quezon Avenue, the GT-R NISMO boasts a 600-hp 3.8L V6 turbocharged engine that squeezes 652 Nm of torque. For comparison, these figures are 30 hp and 19 Nm of torque more compared to the monstrous non-NISMO GT-R that we got our hands on.

With all that power, the GT-R stays planted to the ground with its NISMO-tuned aerodynamic elements, such as its carbon fiber front and rear bumper, lower front undercover, and huge rear wing. Moreover, the design of its front bumper directs air flow to the brake ducts to help cool down this monster’s Brembo brakes. The GT-R NISMO also features a stiffened suspension setup to reduce body roll during corners. With that, there will be three suspension modes for drivers to choose from: Comfort, Normal, and R.

Speaking of its body, its shell has increased its rigidity with the help of adhesive bonding and spot welding.

Inside, Alcantara covers the Recaro bucket seats upfront and its three-spoke steering wheel. Its instrument panel was created in collaboration with Polyphony Digital – the makers of the PlayStation 4 game Gran Turismo – which emulates what is seen in high-tier race cars. And just like all GT-R models will come with an eleven-speaker Bose audio system with forward-facing woofers. Occupants can connect to its audio system via Bluetooth connectivity.