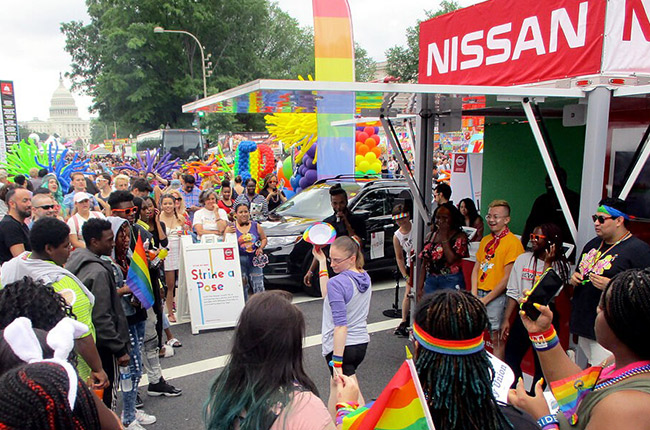 There’s nothing even greater than being comfortable and being able to show your true self to the people around you. When I said ‘people’, I’m not just referring to friends and family, but also the co-workers you spend most of your time with. That’s where the challenge lies for the LGBT (lesbian, gay, bisexual, transgender) community.

Related: Here are the PH car brands that satisfy their customers the most

As such, racing equality and embracing diversity in the workplace is an advocacy that has been pushing and continuously been promoting by one of the most prominent car brands worldwide, Nissan. Staying true to its commitment, the Japanese carmaker has recently received a gold award from a Japanese organization Work With Pride for two consecutive years. This honor was granted to Nissan for its training programs for employees and the brand’s participation in the annual Tokyo Rainbow Pride Festival in Japan, mirroring the company’s great efforts in fostering an LGBT-friendly workplace.

Last year, Nissan North America was also given a title of “Best Place to Work for LGBTQ Equality” after garnering a perfect score of 100 on the Human Rights Campaign (HRC) Corporate Equality Index for five years straight for its LGBT-inclusive policies and dedication to the community.

With that said, where do you think Philippines stand when it comes to this topic? Maybe it’s too soon to say that LGBT has become fully accepted in the country today as there are some people who still raise an eyebrow about them. However, there's one thing we are sure of – no one deserves to be treated unfairly just because of their gender orientation. At the end of the day, what matters most is the pride and honor a person contributes to the company and in the country.