Japanese carmaker Lexus has debuted the facelifted 2017 IS sedan at this year’s Paris Motor Show. It features the same overall stylish design as the current model, but with detailed cosmetic updates to its standard and F Sport trims.

On the outside, the fascia is highlighted with an updated look of the brand’s signature spindle grille. Moreover, the fascia has new headlights and a redesigned bumper with larger air intakes. The F Sport’s grille, on the other hand, has 3-dimensional mesh patterns and brake ducts that help improve aerodynamics.

Turning at the side, the 2017 IS features a revised character line and a choice of new 16-, 17-, or 18-inch wheel designs. The rear, on the other hand, has redesigned taillights with triple-layer LEDs. Completing the look at the back are new rectangular chrome tail pipes. 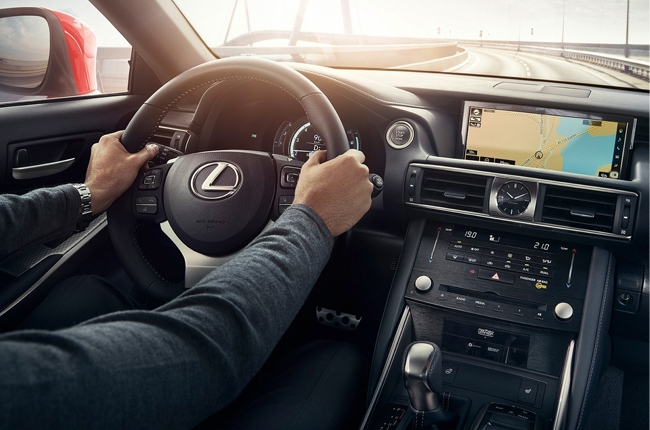 For easier use of the multimedia system, an “Enter” button has been added and is located on the side of the Remote Touch interface. Standard amenities include power-adjustable front seats and 2-zone automatic air conditioning. Under the hood, the 2017 Lexus IS will carry over the powertrains from the current model. These include the turbocharged 2.0L 4-cylinder engine rated at 241 hp and 349 Nm of torque and the 3.5L V6 which generates 255 hp and 320 Nm. The former is pared to an 8-speed automatic transmission while the latter comes with a 6-speed automatic. A more powerful version of the 3.5L engine with an 8-speed automatic will also make its way into the 2017 IS. It can produce 306 hp and 375 Nm.