After the successful launch of the Peugeot 3008 SUV and Traveller MPV in the country early this year, another lion has come to cause an uproar in the Philippine market: the all-new Peugeot 5008 SUV. Now available in the country in select Peugeot dealerships, this seven-seater SUV offers not only great styling and optimum comfort, but also a dynamic performance and advanced technology.

With its good-looking design, you won’t think twice that it’s part of the Peugeot family with its lion badge at the center of its checkerboard pattern chrome grille. It also comes with the French marque’s signature headlamps with LED daytime running light technology, three-claw LED tail light, and 18-inch alloy wheels. 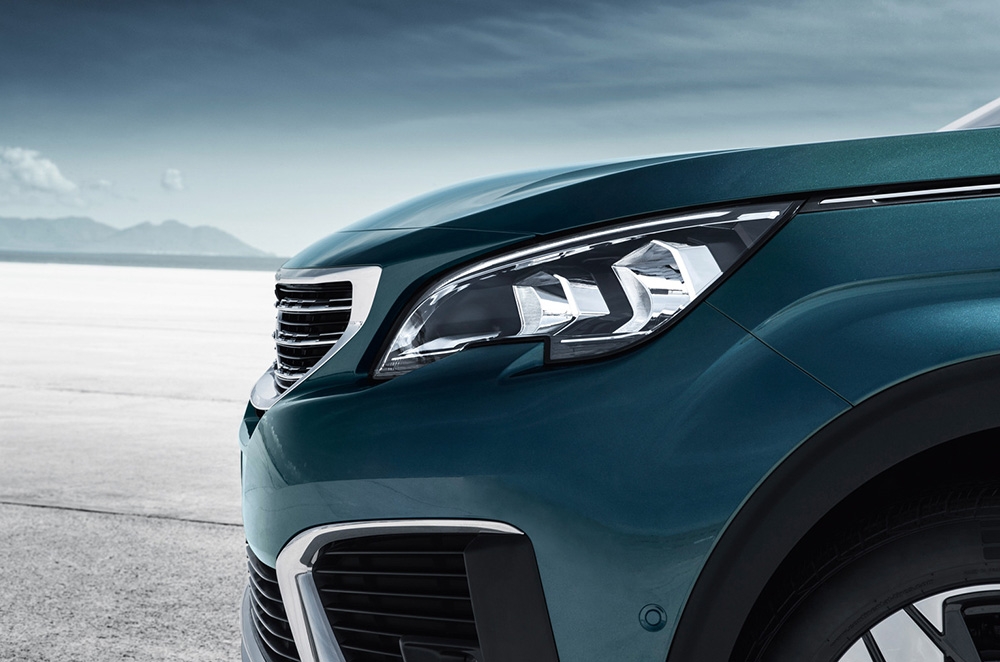 In terms of size, the Peugeot 5008 SUV has a total length of 4,641mm, which is relatively smaller than the Toyota Fortuner that's 4,795mm long. In width, the Fortuner is also 11mm wider and 189mm higher than the 5008. Despite this comparison, the legroom for both second and third-row passengers is one less thing to be worried about. Second-row seats can be reclined for better comfort. When not in use, the third-row seats can be folded, which will give an impressive boot space of 962L, and a maximum rear capacity of 1,060L. 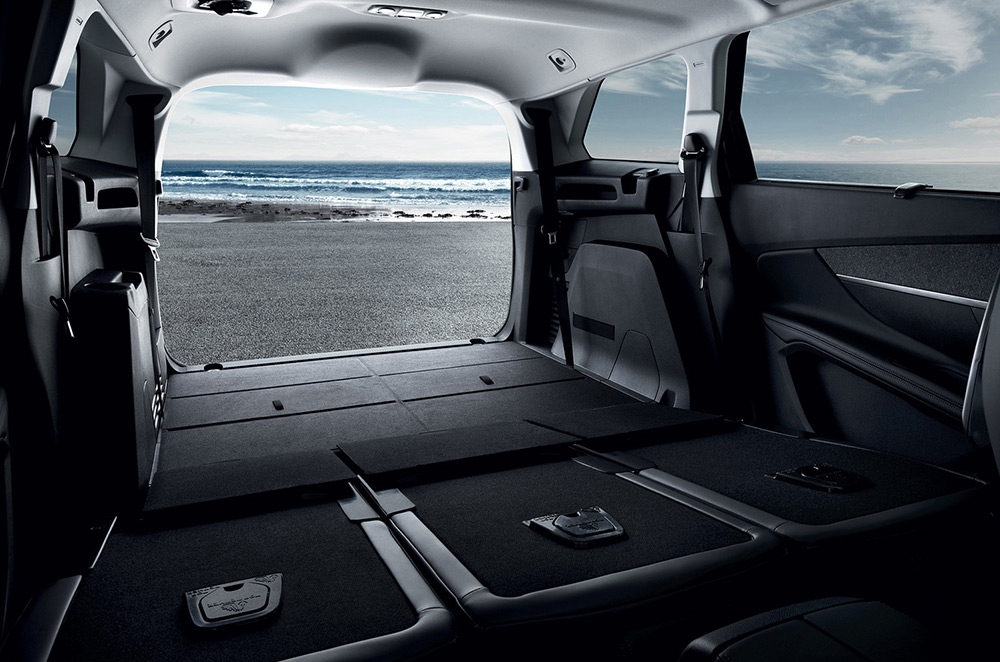 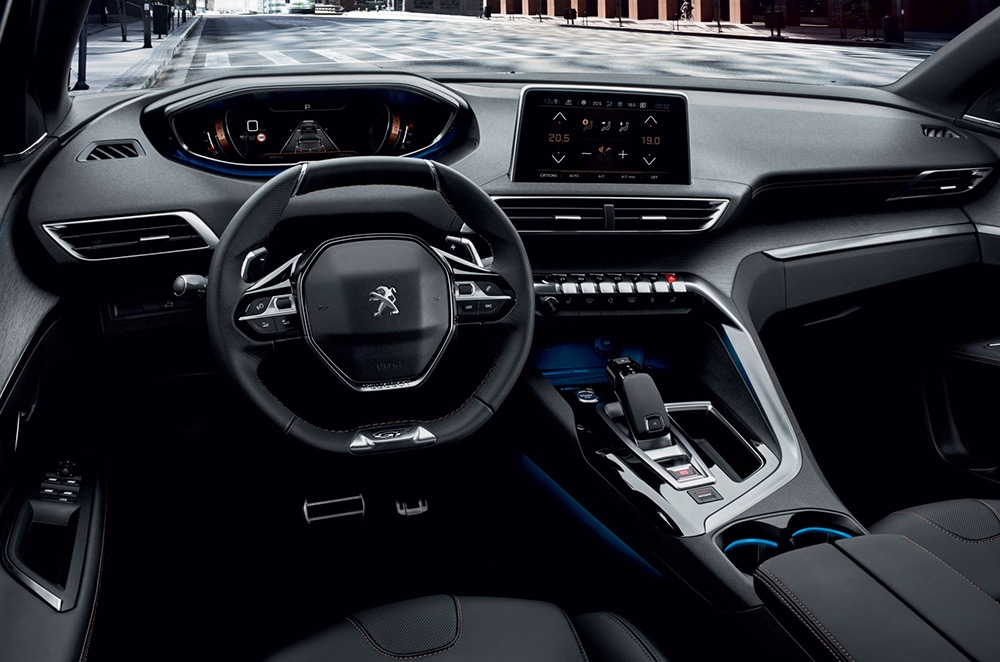 To level up the driving experience, the Peugeot features a high driving position, compact steering wheel, a fully-digital dashboard, and control panel. It’s also integrated with the brand’s iCockpit system that’s equipped with an eight-inch capacitive touchscreen. It also comes with Visiopark 2 system that allows the driver to have a 360-degree view of its surroundings when parking, as well as Park Assist feature for easier maneuvering of the car.

Running this lion is a 1.6L Turbo High-Pressure gasoline engine. This power plant can churn out up to 165 hp and 240 Nm of torque, coupled with a 6-speed automatic transmission. Built in the form of Peugeot’s Efficient Modular Platform 2 (EMP2), the vehicle’s weight has become lighter, while increasing the overall responsiveness of the vehicle. 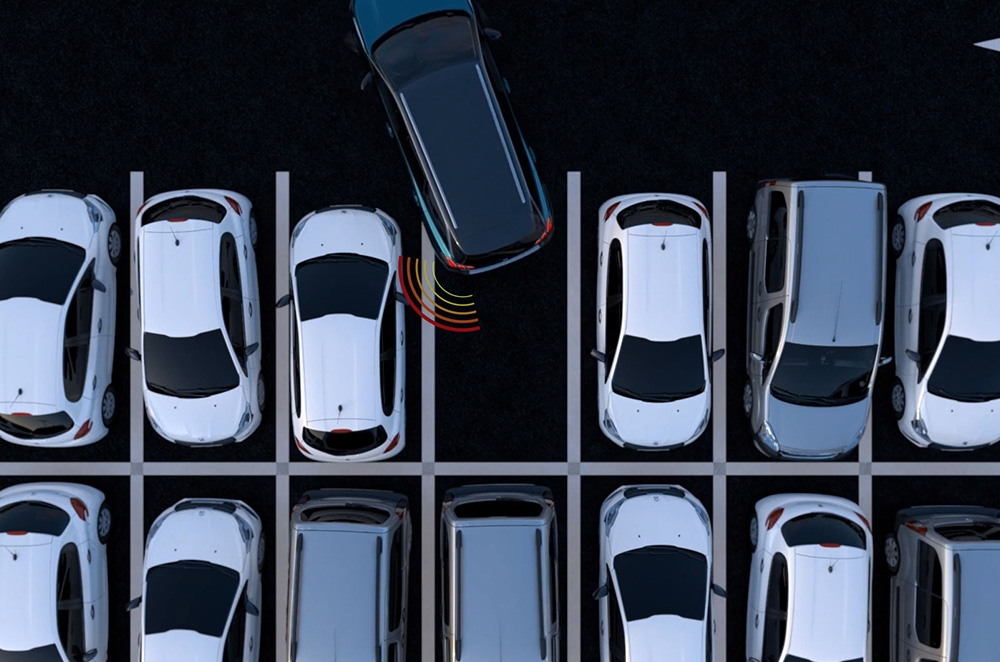 With the safety in mind, this European car is loaded with features such as six airbags (driver, front passenger, two sides, and two curtains), Anti-lock Braking System (ABS), Electronic Brake-force Distribution (EBD), Electronic Stability Program (ESP), brake assist, front and rear parking sensors, and cruise control. It’s also equipped with five grip modes that can change the traction of the tires depending on the road condition.

So, if you’re looking for a dependable SUV perfect for your growing family, you might consider this one. Priced at P2,990,000, the all-new Peugeot 5008 SUV is available in four colors: Emerald Crystal, Pearl White, Platinum Grey, and Pyrite.